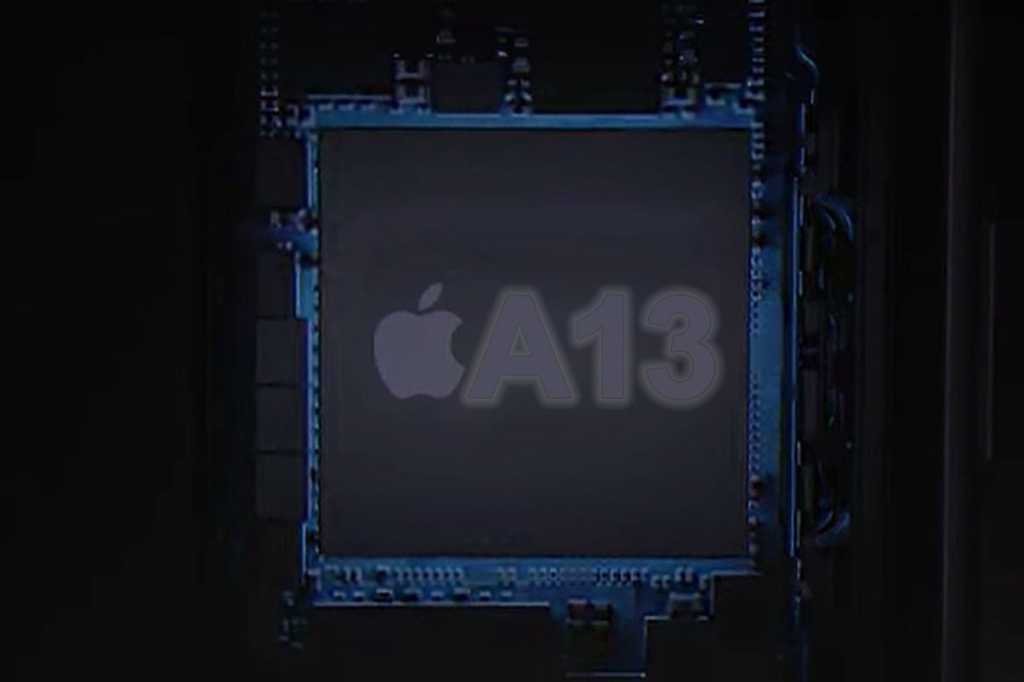 We’re still a long way away from hearing anything official about Apple’s next system-on-a-chip. The A13 is likely to be unveiled in September, along with the new iPhones it will power. But the design, manufacture, and testing of these chips takes years, far too long for Apple to suddenly make radical changes. The A13 design is likely, for all intents and purposes, set in stone by now.

By looking at past A-series chips and extrapolating from what we know of the manufacturing process Apple will use this year, we can get a reasonable picture about what to expect from the A13 chip. It will almost certainly be the fastest SoC Apple has ever developed for iPhones, but exactly how fast can we expect?

Updated 08/22/19: An article from Bloomberg claims that Apple’s A13 will have a new “AMX” component.

Built with an improved 7nm process

For the A13, we can expect Apple to stick with its manufacturing partner TSMC, which has a firm lead in chip manufacturing technology. But TSMC is not yet ready to make another leap to a new chip process node, as it did in jumping from 10nm to 7nm last year. That jump, to 5nm, will probably be ready in time for the 2020 iPhone, but this year’s model will still be built with a 7nm process.

That doesn’t mean we can’t expect any improvements on the manufacturing side. TSMC has two improved 7nm process nodes that Apple could employ. The base 7nm process used for the A12 chip is called N7. TSMC is now ready for its first customers using the N7+ process, which uses EUV (Extreme Ultraviolet) lithography for some of the chip layers. The company claims this will allow chips with better density (about 20 percent more logic in the same area) and power efficiency (about 10 percent better).

TSMC also has a “performance enhanced” 7nm node called N7P. It doesn’t use EUV at all, and is simply a tweaked and optimized version of the process 7nm process used in the A12. TSMC says it will allow for either 10% lower power at the same performance, or 7% higher performance at the same power.

So N7+ is the superior TSMC manufacturing process, and Apple usually uses the best possible volume production for its chips. We think the N7+ node is likely to be what Apple uses for the A13.

The A12 increased Apple’s transistor count to a surprising 6.9 billion, a 60% increase over the A11’s 4.3 billion. But the die area was around 83mm²—smaller than the A11 (about 88mm²) and far from the largest chip Apple’s ever put in an iPhone. In fact, it’s the smallest iPhone processor, in terms of area, in nine years. Past Apple SoCs were much larger, and the A5 and A10 were each over 120mm².

In other words, Apple’s iPhone chips are usually larger than the A12, and particularly so when producing a new chip with the same manufacturing process as the year before. It would be a conservative guess to assume that the A13 would be around 25 percent larger (roughly 103mm²) and, thanks to the increased density of TSMC’s N7+ process node, carry a transistor count of around 10 billion. That’s an equivalent transistor count to the A12X in the newer iPad Pros, but a smaller size.

While I expect the A13 to have nearly the same transistor count as the A12X, I don’t think Apple will spend its transistor budget on the same features; doubling up the high-power CPU cores from 2 to 4. Rather, I suspect Apple will continue to have two high-performance CPU cores and four energy-efficient cores, with a slim outside chance of increasing the high-performance core count from 2 to 3.

Apple will likely rely on some comparatively minor architectural tweaks and perhaps better peak clock speeds to increase CPU performance. After all, the company’s chips are already the fastest around, and it won’t take much to hold on to that crown.

Apple’s single-core CPU performance gains have been remarkably steady in recent years. If the trend holds, we’ll be looking at a Geekbench 4 single-core CPU score of around 5,200. That blows the doors off any Android phone and even most thin-and-light laptops.

Multi-core performance is harder to predict. The trend line is skewed by the fact that multi-core performance took a big leap from the A10 to the A11, due to a design change that allowed all the low-power and high-power cores to work together at the same time rather than switching between them. If Apple doesn’t add any more cores, the multi-core performance of the A13 will land with a Geekbench somewhere between 12,200 and 12,500, simply because the individual cores will get faster. If Apple adds a third high-performance CPU core, that number will leap to somewhere around 15-16,000.

Graphics performance is critical to Apple, and will be especially important as it launches its Apple Arcade service with premium, top-tier games. There are two aspects of GPU performance worth discussing: the ability to render traditional 3D scenes like games, and the ability to use the GPU for complex non-graphics computation tasks (like image processing).

Traditional graphics performance has been increasing at a steady rate over the last few generations of A-series processors. It is often limited by memory bandwidth, which rarely makes a big leap from one year to the next. If the trend continues, we can expect a 3DMark Sling Shot Extreme Unlimited score of around 4,500. It’s a significant improvement for Apple, but not as fast as the very latest Qualcomm chips.

With a few architectural tweaks and faster memory, this could climb to the 4800 range, a good 20% faster in this one particular test.

Apple seems to be leaning more in the direction of making its chips faster when using its own Metal API, both for graphics and compute. I think that trend will continue, and while the GPU probably won’t see the big Metal performance leap it did from the A11 to the A12, we’re probably still going to get a Geekbench 4 Compute score of well over 25,000.

Performing on-device computation is crucial to Apple—where many of its competitors upload data to process in the cloud, Apple maximizes your privacy by making sure your data never leaves your iPhone. GPU Compute performance is a very important aspect of this, and it wouldn’t shock me to see a 20% improvement here.

I started this examination by stating I believe Apple will make the A13 about 25 percent larger than the A12, while also using a manufacturing process that lets it cram more transistors into a smaller area. The result would be a chip of around 10 billion transistors—an increase of more than 40 percent over the A12. So if the CPU and GPU will achieve only modest and predictable improvements from minor design tweaks and clock speed improvements, where will Apple spend all that extra transistor budget?

I think that the company is going to continue to drive very heavily in the direction of on-device machine learning and image processing.

Last year, Apple improved the Neural Engine in the A12 by far more than anticipated. The A11’s Neural Engine can do 600 billion operations per second, and Apple made the A12 about eight times faster at 5 trillion operations per second. I’m not sure we’ll see a leap quite that big again this year, but Apple may well achieve a 3x to 5x improvement with some smart design improvements and a much bigger transistor budget.

Machine Learning and AI are now critical parts of the iPhone experience, used in everything from taking better photos and videos to augmented reality and Siri. If Apple announced that the A13’s Neural Engine could do 20 trillion operations per second, I would be impressed, but not surprised.

The image signal processor (ISP) used to process data from the camera sensors is another critical component that is difficult to benchmark. Apple invests heavily in it every year, in its constant struggle to make the iPhone’s camera the best on the market. It is used in conjunction with the Neural Engine and GPU to improve photos and video quality, and Apple will undoubtedly improve it again this year.

The ISP might even be one of the first to include hardware to encode and decode the new AV1 video codec, a royalty-free video compression standard expected to succeed today’s HEVC, AVC, and VP9 formats. If you don’t know what all that means, just know that most web video (think YouTube and Netflix) will probably transition to this new video format over the next couple years. It’s extremely efficient and isn’t wrapped up in a web of complex royalties.

Long after this article was originally published, a Bloomberg article made mention of a new component in the A13. It is described as follows:

There’s a new component in the chip, known internally as the “AMX” or “matrix” co-processor, to handle some math-heavy tasks, so the main chip doesn’t have to. That may help with computer vision and augmented reality, which Apple is pushing a core feature of its mobile devices.

If you ask me, that sounds a whole lot like the Neural Engine in the A11 and A12. Is this simply a new name for the same feature; better branding for its extended capabilities? Or is this a different thing altogether, a different kind of math co-processing unit or perhaps a set of SIMD instruction set extensions as we’ve seen on desktop processors for years (SSE and AVX)?

While the modems in iPhones aren’t part of Apple’s A-series processor, it’s worth discussing what we should expect this year. You’re going to hear a lot about 5G this year, and carriers will try to push customers toward new 5G phones this fall. But make no mistake: 5G is in its infancy. The networks are very small and limited, and will remain so throughout 2019. The mobile modems that enable 5G are still not very power-efficient, too.

You’ll get a 5G iPhone some day, but not until 2020 or maybe even 2021. It will simply take that long to get reliable and power-efficient modems for iPhones, together with enough network coverage to do really good hardware and software testing. Apple doesn’t just sell iPhones to a few million early adopters, after all. A new iPhone model can expect to sell over 100 million units in its first year, and Apple just isn’t going to take the risk on networking chips that might provide an unsatisfactory user experience.

There’s been a persistent rumor of Apple working on its own 5G cellular modems, but you shouldn’t expect that in 2019 or even 2020. Thanks to the recent settlement between Apple and Qualcomm, we can probably expect this year’s iPhones to exclusively use a Qualcomm 4G LTE modem, probably the Snapdragon X24. This has the potential to enable the best cellular performance and broadest network compatibility of any iPhone to date.