Want a previous generation iPad Pro with lots of storage room? Then you really need to head over to Amazon, where the retailer is knocking $300 off the 512GB 10.5-inch model with Wi-Fi, which is enough to bring the price down to $699.99. We hope you like gold, though, as the deepest discounts affects only the gold model. 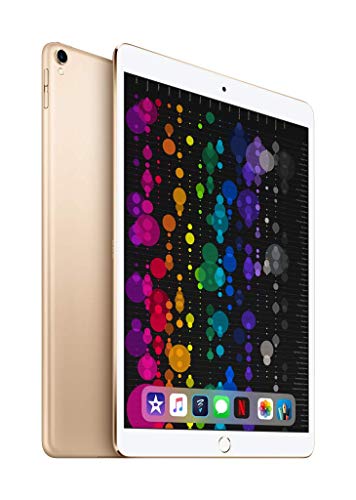 If you’re more a fan of space gray and silver, you can still get these models on sale, although you’ll be paying $50 more. Still, that’s only $749.99.

It’s a good buy if you want an iPad Pro but prefer the form factor of the older models over the thinner bezels and support for Face ID in last year’s units. (You’ll also still get a headphone jack with this model.) It supports the first-generation Apple Pencil, it has a still-impressive A10X Fusion chip, and it features Apple’s ProMotion 120Hz display refresh technology that allows for faster scrolling.

Aside from the massive amount of storage space for the price, the ProMotion tech is one of the few genuine advantages I see over the latest iPad Air, although that should be a big factor in your decision if you’re involved in either art or video editing. I wouldn’t call ProMotion utterly essential, but it does make actions on the screen feel even more “true to life” than they do already.

Also, the new iPad Air retails for $649 for a mere 256GB of space, and this deal doubles that available room. That could mean all the difference if you edit a lot of videos. If you change your mind, though, the new iPad Air is still on sale on Amazon as well.

If you want more information on the 10.5-inch iPad Pro, be sure to check out our review from June of 2017. We gave it a rare five-star rating.