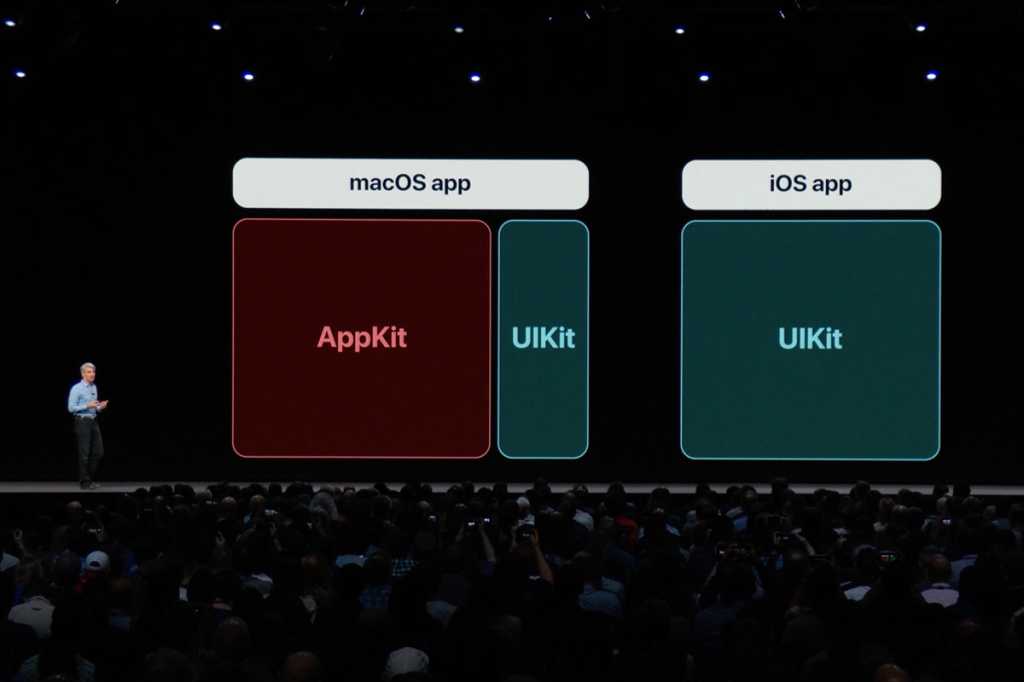 As the Nobel Prize laureate once sang, “The times, they are a-changin’.”

2019 is a big year for Apple, and at the forefront of the questions circling around the company is the future of macOS. Last year’s demonstration of “Marzipan” technology—letting iOS apps run on the Mac with little alteration—shook the foundations of what many people considered a Mac app.

Long time Mac users are, understandably, nervous about what this could imply for the future of their chosen platform. Will apps get “dumbed down” and features lost? Will developers eschew Mac-specific programs for the ease of deploying one app everywhere? As Mac users, we’re used to feeling dour and grim about what’s to come, especially those of us who lived through the dark times of the mid-1990s.

But amidst all of that doom and gloom, there are plenty of glimmers of hope about what this could mean for the Mac. I’d go so far as to say I have optimism that deploying iOS apps could be a boon for not just Apple, but the whole Mac platform, which is not only alive and kicking, but even flourishing.

The proof of concept Marzipan apps that Apple deployed last year were focused on pretty basic, standalone tools: Home, Voice Memos, News, and Stocks. They don’t really have far-reaching implications, and all use fairly simple interfaces. And, most importantly, they were apps that had never been available on the Mac before.

But attention has lately turned to apps that could be replaced by their Marzipan equivalents. While rumors have focused on the Music, Podcasts, and TV apps supplanting iTunes, I can think of another prime candidate for the Marzipan treatment: Messages.

The current incarnation of Messages still owes a lot to its predecessor, iChat. (For just one example, type /me <message> to show a vestige of its multi-protocol past.) But being beholden to that history hasn’t done Messages for the Mac any favors. It continues to lack feature parity with its iOS counterpart, if you know what I mean (sent with Lasers). Features that used to be staples, including support for other chat systems like AIM and Jabber, have slowly been stripped out as they not only become less relevant to current users and the program has slid closer to its iOS counterpart, without becoming a true equal.

While complete feature parity with the latest iOS devices probably won’t come immediately (given that features like Animoji rely on specialized hardware), the iOS version of Messages remains more capable than its counterpart, which lacks not only those screen and message effects, but also support for Apple Pay Cash or any other iMessage apps. I’d suspect that it may be high on the list of apps to be replaced with a Marzipan version. But it’s probably not the only app that’s more capable on Apple’s mobile platform—which brings us to the second benefit of Marzipan.

One app is easier than two

iOS and macOS apps already share some underlying code, and they’ve largely gotten closer in look and feel over the past several years. But at a certain point, there’s still a division in software for Mac and iOS, requiring different efforts for development. This split focus makes the job needlessly harder: why do apps that accomplish the same task need to be implemented so differently?

Moreover, many of Apple’s apps—especially the free ones included in both macOS and iOS—feel like they’ve been languishing in recent years. It would be reductive to throw that all at the feet of having to develop the same app on two different platforms, but it certainly could play a part. Having unified apps could make it a lot easier to roll out new features simultaneously across Apple’s platforms, which in turn might make it possible to efficiently implement more new features and fixes.

Some of Apple’s downloadable apps already seem to benefit from a more tightly-knit development process: updates to Pages, Numbers, and Keynote tend to arrive day-and-date on the Mac and iOS, for example. When I think of apps that could benefit from this approach, my mind immediately jumps to Mail and Calendar; these staple apps have already fallen behind third-party clients in some respects, and could benefit from fresh looks across the company’s platforms.

And, of course, all of this rests on top of the benefit of bringing over from iOS apps that don’t exist on the Mac. We’ve already seen it with those first four proof-of-concept apps, but there are other options, everything from the Clock app (why isn’t there an easy way to set timers, view multiple time zones, or set alarms on your Mac?) and Weather app (say adios to the old Dashboard widget), to perhaps more complicated offerings like Clips (step aside, iMovie) or Shortcuts (watch your back, Automator).

Not every iOS app may be a good fit, but there’s a lot to be said for attracting more people to the Mac when those machines come with all the software they’re used to getting on their iOS devices—and that’s good news for expanding the Mac’s reach, which in turn could feed back into Mac development. While we don’t know exactly how any of this is going to play out yet, all eyes are definitely going to be on this year’s Worldwide Developer Conference for the next chapter of this story.