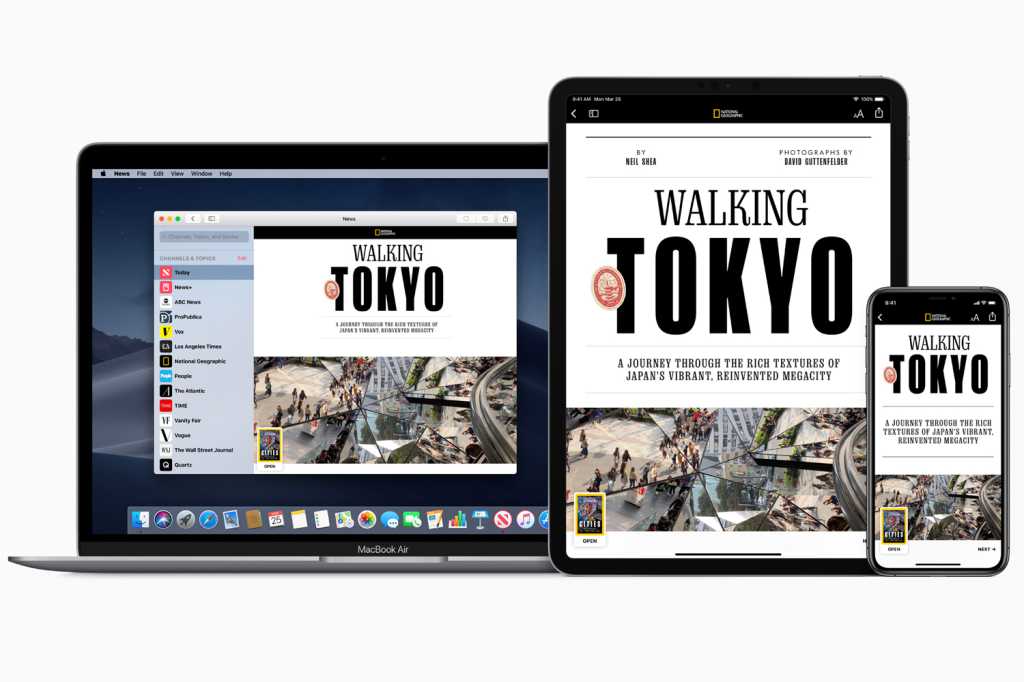 I fell in love with the Mac nearly 30 years ago, in the fall of 1989. It’s been the center of my tech world ever since, and I’ve been writing about it professionally for 25 years. And yet these past months, I’ve noticed something strange creeping into my thoughts occasionally while I sit at my desk working on my iMac Pro: iOS does this better.

It’s disconcerting, after three decades, to suddenly find that manipulation of files and folders in the Finder has gone from being business as usual to seeming like it’s more fuss and effort than is necessary. And yet that’s where I am now, thanks to a couple of years of using an iPad Pro rather than a MacBook Air whenever I’m away from my desk. The iPad, she has infected me. And I fear there is no cure.

I’m in an iOS state of mind

The Finder has been the core of the Mac experience since the very beginning. Visually managing files and folders is what has defined the Mac for decades. And yet, with iOS, Apple chucked all of that out for an app-centric view of the world.

As a Mac user, I have struggled with iOS’s attempts to prevent me from thinking in terms of documents rather than apps. And to a certain point, this was the right thing to do. iOS started out denying any possibility for files and folders to be relevant, and that extremism was unreasonable for a lot of use cases. But today’s iOS provides a bit more balance, thanks to the Files app and various cloud services. I can manage files when I need to on iOS—and forget about them when I don’t.

Contrast that with my Mac, when I receive a file that I’ve transferred from an iPad via AirDrop. The file pops into the Downloads folder. I need to copy it to the right location, requiring me to open a new Finder window, navigate to the proper folder, then go back to the Downloads folder (or a pop-up stack in the Dock, if there aren’t multiple files), and drag and drop. I’m often opening multiple Finder windows to drag things around and view projects I’m working on. Sometimes they overlap and hide one another, so I open a new Finder window… only to later discover I’ve got five windows viewing the same folder scattered across my desktop.

This is the way it’s always been, more or less—but all of a sudden it’s started to feel archaic. I value my Desktop as a collection of in-progress files, and some manual organization feels useful, but for the most part using the Finder feels like fiddly non-work, like rearranging your desk or reorganizing your bookshelf as a way to procrastinate before getting back to your actual work.

Using iOS has made me appreciate its more app-centric view. To access my current story list on the Mac, I generally go to the Finder, make a new window, and click on a shortcut in the sidebar to view a particular Dropbox folder. Yes, I could place an alias out on the desktop, or use a tool like Default Folder to force the default view of BBEdit’s File > Open command to the proper folder… and, come to think of it, I might start doing that, since it is closer to how iOS does things. On my iPad, I open 1Writer (my iOS text editor of choice) and use a sliding pane that displays the contents of that same Dropbox folder. Tapping the icon to create a new file creates it, by default, in that folder. I never need to leave 1Writer to open, create, rename, or email a file.

The other side of the fence

There are, of course, numerous ways that the Mac provides more power and flexibility than iOS. That’s what makes the Mac so great. My Mac gives me access to powerful command-line features that bubble beneath the surface of the interface, and I can even wrap them in easy-to-use GUI shells with Automator and AppleScript.

That said, there are some places where simplification can have power. To me, Shortcuts is a second take on Automator that corrects most of the original utility’s failings. While I rely on Automator every day, It’s mostly for executing scripts. The promise of easily welding together different apps via Automator workflows never really came to fruition for me, largely because individual app-based actions were few and far between—and when they existed, they were largely opaque.

Shortcuts is hardly an easy-to-use tool, but it’s streets ahead of Automator. There are a dozen things I want to see improved about Shortcuts, but I’d take it as a replacement for Automator this fall if it also let me run AppleScripts and shell scripts.

While I don’t want the Mac to give up its power and flexibility, there are a lot of places where a simplified approach should be the default—and is potentially better, or at least not worse, than the Mac status quo. The Mac approach of an infinite number of overlapping windows of arbitrary sizes is a classic—but might a different approach to full-screen, split-view, and side-snapped windows be easier, cleaner, and more efficient?

Using so much of the iPad Pro has also convinced me that it’s time for the Mac to adopt touchscreens, at least as an option. Being able to touch my iPad’s screen, even when attached to a keyboard, is an improvement. No, I don’t think you should be forced to touch a screen to use a Mac—just as keyboards and (hopefully someday) mice are not required on iOS. But why not provide users with more options?

I’m not excited about being forced to change the way I’ve used my Mac for 30 years… but if I wanted to change because the new method was better, I’d be ready to move. And in some ways, to my great surprise, my perspective seems to have already shifted.