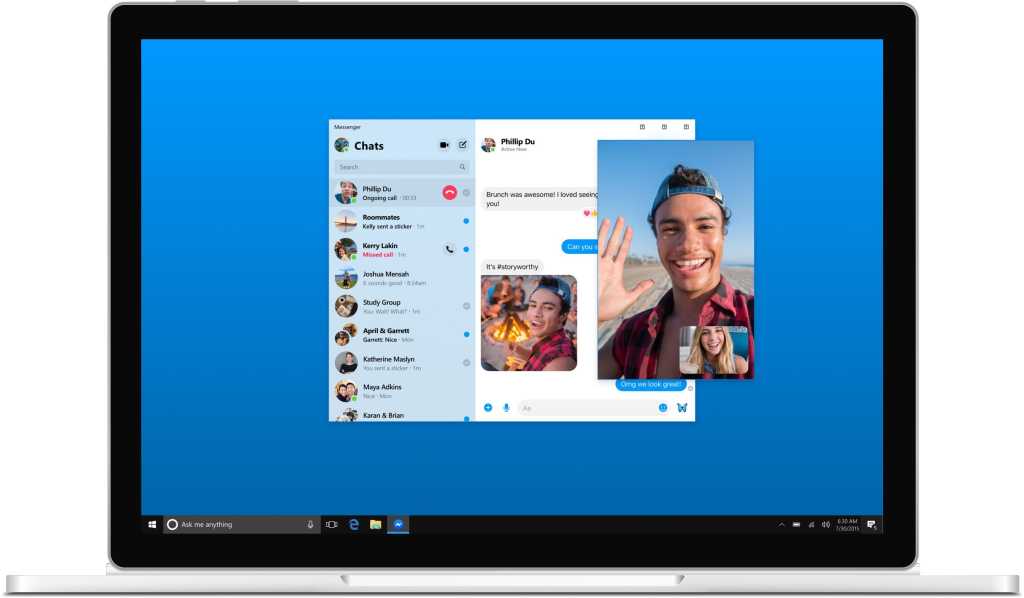 Facebook just announced a handful of new features for its extremely popular Messenger app. Among them, a new native desktop version for both macOS and Windows.

The news was delivered by Mark Zuckerberg during his keynote address at the F8 developer conference, but was first discovered by French site iGeneration, which found an accidentally-posted Facebook blog post about Messenger before it was quickly taken down.

Facebook is improving the mobile app with a project called “Lightspeed” that completely rewrites the code for faster performance, quicker launch times, and smaller installation size. Users will be able to watch the same video at the same time as a group, too. These improvements, and others, won’t be seen for several months.

The Mac and Windows version of the app won’t appear until at least this fall. It will have all the features of the mobile app, according to this text from the blog post:

We’re also launching a desktop app for Messenger that’s available for both Windows and MacOS. People want to seamlessly message from any device, and sometimes they just want a little more space to share and connect with the people they care about most. You can download Messenger Desktop—and enjoy the same features as the app on your phone—like group video calls, collaborate on projects or multi-task while chatting in Messenger. We are testing this now and will roll it out globally later this year.

Facebook is pushing to make all of its services end-to-end encrypted, but it’s unclear if that feature will be ready by the time the macOS and Windows apps are released. End-to-end encryption will roll out throughout Facebook’s products and services over time, with the full project not completed until 2020.