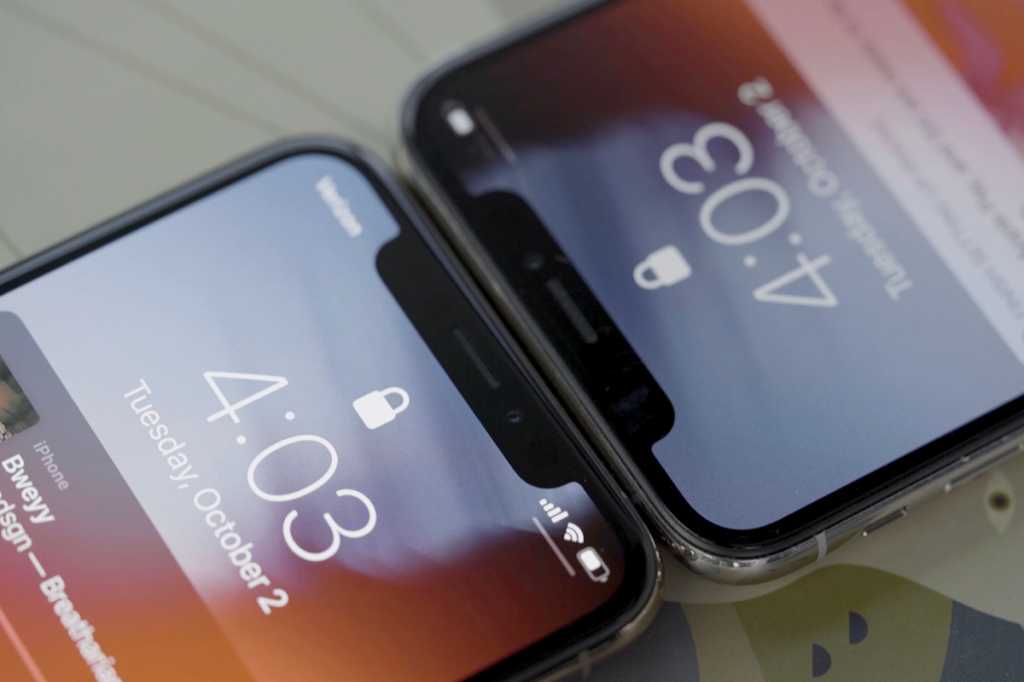 After the collective freak-out about Apple’s poor showing during its last financial quarter, this quarter’s results were refreshingly boring. Apple had $58 billion in revenue, more or less what they said they’d do three months ago. The company made $11.6 billion in profit, which is a really good kind of boring.

Still, there are always tidbits from Apple’s mandated disclosures, and the hourlong conference call with financial analysts that follows them, that can give us some hints about how Apple’s business is doing. Here are five of them.

Room for optimism on iPhone

Phone sales were down 17 percent over the year-ago quarter, a second double-digit drop. Last quarter’s iPhone bellyflop eliminated all surprise and drama from these facts, so while it’s still painful to see, at least it’s not surprising. But Apple says that if you peek into the details, there’s a lot of reason for optimism.

Cook and Maestri said that November and December were the worst months in terms of iPhone sales, suggesting that the early months of 2019 showed improvement. Cook said that March was the strongest month of the quarter for the iPhone and that the final weeks of March were stronger still.

In an exchange between Maestri and Morgan Stanley analyst Katy Huberty, Huberty pointed out that Apple’s third financial quarter generally declines about 15 percent from the second quarter, but that Apple’s guidance for next quarter was only an eight percent drop. Maestri said that the smaller shortfall was due to Apple’s confidence that iPhone sales are strengthening.

Specifically, Cook pointed out several times, the company’s weakness in China is at the root of a lot of its lagging numbers, pointing out that Apple “grew year over year in developed markets,” with “record [quarterly] results in a number of major markets including the United States, Canada, the United Kingdom, and Japan.”

China, meanwhile, has lagged. But Cook and Maestri both said that stronger sales as the quarter went along, driven by fiscal stimulus moves by China’s government and improved trade discussions between the U.S. and China, gave them hope that things were going to keep getting better. China is such an important market for Apple that failure there can swamp good news in other markets, and that seems to be the case right now. But it sounds like Apple’s status in China may be headed back in a positive direction.

Last quarter, Apple brought some of its marketing flair to the balance sheet, as it rebranded its “Other Products” category as “Wearables, Home, and Accessories.” The star products in this category are Apple Watch and AirPods, and while the Watch had its best non-holiday quarter of sales to date, Apple seemed to lean in to the success it’s having with AirPods.

Cook said that demand for AirPods has “been incredible” and that the company is still working to catch up with customer demand, and called them “a cultural phenomenon.”

Overall, the new Wearable/Home/Accessories category amounted to 9 percent of Apple’s overall revenue for the quarter—more than the iPad and just short of the Mac. It might have been easy to discount that dull old Other Products category, but this new category is comparable in size to the Mac and iPad. That’s remarkable.

iPad back on track?

The iPad, which went in a sales funk for more than four years, seems to have snapped out of it. Sales this quarter were up 22 percent year-over-year, and Apple ascribes most of that growth to continued strong sales of the iPad Pro models introduced in late 2018. (The new iPad Air and iPad mini launched late in the quarter, so will probably make a larger contribution to the bottom line in Apple’s third-quarter statements.)

How good was this iPad quarter? It’s the largest year-over-year growth the product has seen in six years, since this same quarter in 2013. It’s also the second consecutive quarter of double-digit growth for the iPad, which has grown six of the last eight quarters. The iPad seems to have stabilized, at least for now, as a $20 billion a year business.

Apple throws Intel under the bus

Look, we all suspect that there’s some serious tension in the relationship between Apple and Intel. Intel apparently let Apple down when it came to designing 5G radios for the iPhone and iPad, leading to Apple’s legal and financial settlement with Qualcomm. It’s also widely believed that Apple is planning on building its own processors for the Mac, as it does for its other devices, at some point in the near future. This is a relationship that may not be long for this world.

But I was still a little taken aback at how clear Apple’s shot at Intel was in its financial statements today. Here’s how CFO Luca Maestri put it: “Mac revenue was $5.5 billion, compared to $5.8 billion a year ago, with the decline driven primarily by processor constraints on certain popular models.”

It’s hard not to read that as Apple saying that the Mac would’ve grown if Intel had delivered enough processors to fulfill demand. And I’m going to throw it on the pile of evidence that the Apple-Intel relationship is nearing an ugly break-up.

Apple has been talking up growth in its services business for several years, culminating in it devoting an entire event to new services in Cupertino back in March.

Services revenue continues to grow at a ridiculous pace for Apple, even before the addition of new revenue streams this summer and fall. It’s got enormous profit margins—over 60 percent this quarter!—and was 20 percent of Apple’s total revenue. That’s right, Apple’s services business is now the size of the Mac and iPad businesses combined.

This is why Apple talks about services all the time. It generated $11.5 billion in revenue last quarter, keeps growing at a rapid rate, and is by a wide margin the second largest part of Apple’s business behind iPhone. Apple as a services company? Looks like that’s here to stay.