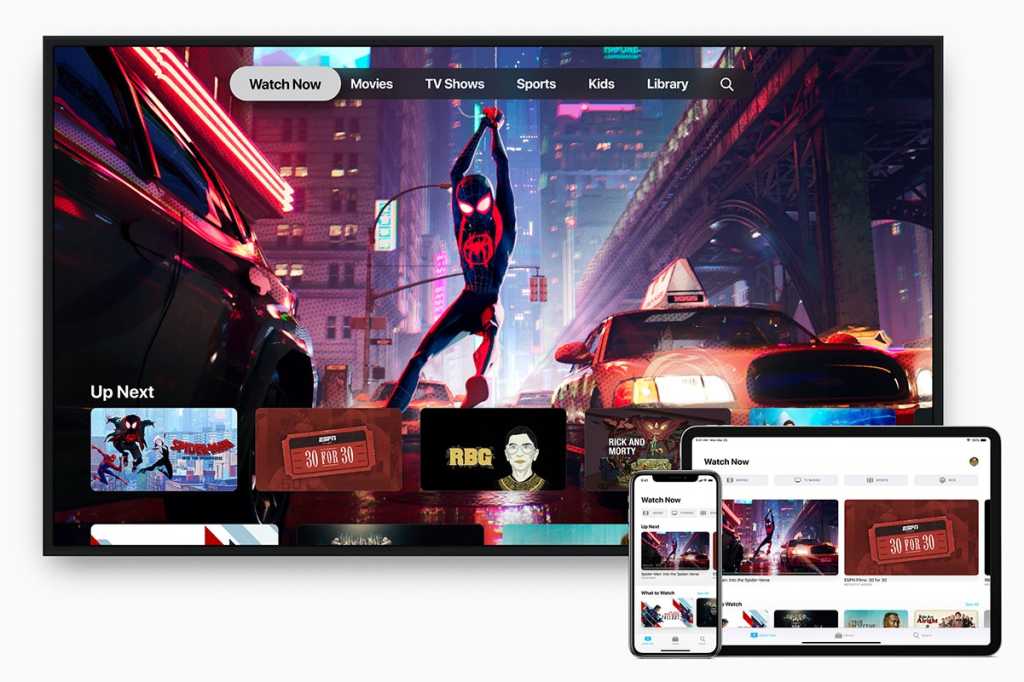 Today Apple released the redesigned version of the Apple TV app, which it first announced back during its March 25 event. It’s a wide rollout, as Apple lets you access more than 150 different streaming apps, and it’s extending it to 100 countries on iOS along with releases for Apple TVs and Samsung’s latest smart TVs.

Notably, the update includes Apple’s subscription-based Channels feature, which is the first big step toward making the Apple TV app more appealing in preparation for the launch of Apple TV+ sometime this fall.

On the iPhone, it’s rolled into the iOS 12.3 update, which comes with the usual “performance improvements” but also fittingly lets you beam video or music content from your iPhone or iPad to smart TVs that support AirPlay 2. On the Apple TV, it’s available through tvOS 12.3.

But the Channels feature is the star of the show, and it’s the biggest service rollout we’ve seen from Apple since Apple News+ dropped back in March. Up until now you’ve had to subscribe to services like HBO Now through a separate app, but Channels lets you subscribe to them straight through the Apple TV app itself (allowing Apple, of course, to get a tidy cut of the profits). If you already subscribed to HBO Now through the App Store, though, clicking on Game of Thrones through the Apple TV app will cause HBO’s dedicated app to open.

The attraction here isn’t mere convenience, as Apple isn’t merely redirecting content to its own app (unless it’s via the example listed above). Apple is actually the entity delivering the movies and shows for these services to your device as well, which hopefully means that you’ll get better quality than you would from, say, HBO itself. Apple will also let you download TV shows and movies for offline viewing, and that’s an improvement over both HBO Go and HBO Now. And just as icing on the cake, Apple also allows Family Sharing for as many as six family members.

I’m focusing so much on HBO because of all the current fuss about Game of Thrones, but the new Apple TV app also other great channels such as Cinemax, Smithsonian, Showtime, and CBS All Access. For a full rundown, be sure to check out our FAQ.

The new app takes some heavy inspiration from Apple Music, and seemingly for the better. There’s now an “Up Next” section, for instance, which lets view content that’s synced across all your devices, and the app also now offers recommendations based on your viewing history. You’ll also find a new, curated section for content aimed at kids, but it’ll send you to third-party apps rather than offering it through the new Channels.

The Apple TV app may have changed a lot, but many of the best features still remain. Along the bottom of the app, for instance, you’ll still find the Library tab, where you can watch all the movies and shows you’ve already bought from iTunes.