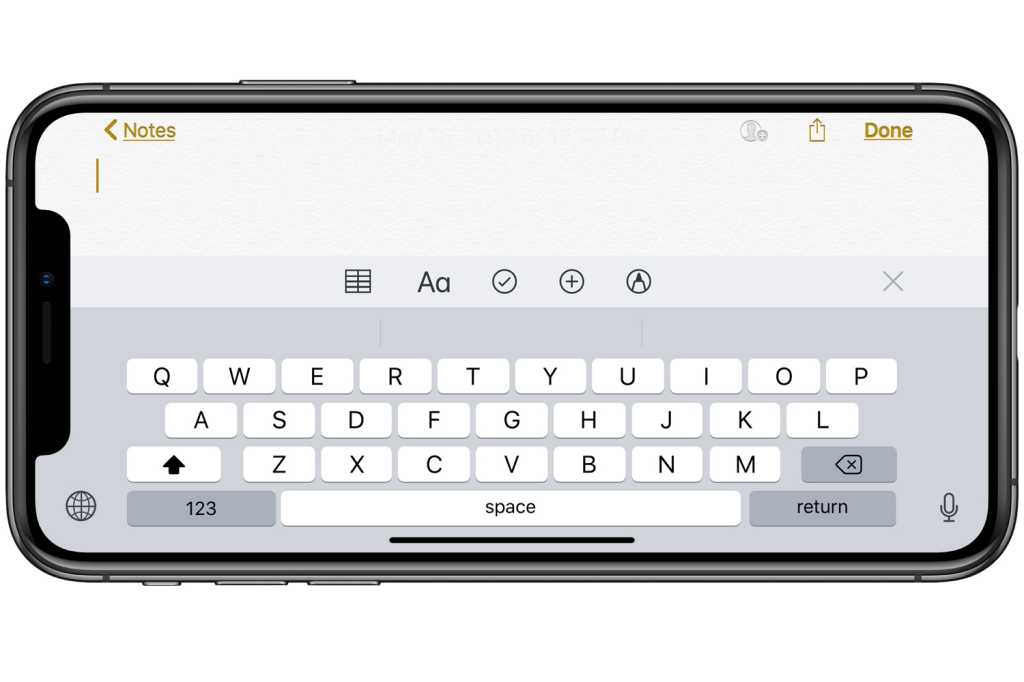 As a writer, the vast majority of my time is spent inputting text, which means that the most crucial of the tools of my trade is, of course, the keyboard.

Now, you probably think you know where this is going. Apple’s certainly taken a lot of flak for its laptop keyboards over the last couple years, and frankly I’m of the opinion that where there’s smoke, there’s fire. But I’m not here to talk about the keyboards on the company’s laptops.

I’m here to talk about iOS. Apple popularized the onscreen keyboard with the launch of the first iPhone, deciding to eschew the hardware keyboards that were de rigueur on smartphones at the time. The virtual keyboard was more space efficient, more versatile, and contained no moving parts. To ease the transition, Apple added a variety of features to make typing smarter than it was on a traditional keyboard.

That was great in 2007. But 12 years later, we’ve all largely adapted to touchscreen keyboards, and some of those smart technologies are starting to look and feel, well, not so smart. It’s time for an A-to-Z overhaul of text entry on iOS.

Ah, autocorrect. The blessing and bane of all of our existences. It saves us from troubling typos, yes, but just as often it makes bizarre and inexplicable choices that, at best, provide hilarious moments of misunderstanding or, at worst, extremely inappropriate errors.

I’ve become more and more puzzled about autocorrect in recent years. In my personal experience, it’s become both worse at fixing legitimate typos and more aggressive about taking actual words and turning them into nonsense. The latter is many times more frustrating; I’ve watched more than a few sentences turn incomprehensible before my very eyes.

One problem I’ve noticed with autocorrect is that it consists of several parts, all of which aim to serve the same purpose, but with slightly different interaction models. There is the bar of predictive text right above the keyboard, which offers words that you might be typing or want to type next. There’s a suggestion popover that appears when you select a word that the dictionary doesn’t recognize. And there’s the offer to “undo” a correction when you want to revert to what you originally typed. They all look a little different, and even though it feels as though they should cover all possible eventualities, I often feel caught between which is the right interaction for any given moment. And so, like many people, I end up in a cycle of deleting and retyping a couple times until iOS gets the point that, yes, I do indeed want to type this. It is not a delight.

The autocorrect system is in need of some serious streamlining, from an interface perspective, as well as improvements in the actual underlying technology responsible for correcting words. Autocorrect needs a bigger dictionary, better ways to discern between words that are incorrect and words and terms it doesn’t know, and perhaps even an option to control how aggressive it is about fixing mistakes. (Right now, autocorrect is either on or off.) We’ve all probably gotten better at typing on screens, so it definitely shouldn’t feel like we’ve gotten worse.

Swiping is the new typing

Speaking of getting better at typing on screens, how about adapting to other types of keyboards? I’m thinking predominantly of swipe typing. This system has been around for a long time on Android, and third-party keyboards like Google’s Gboard and Microsoft’s SwiftKey have brought it to iOS as well.

Personally, I’ve been impressed with swipe typing when I’ve used it in other keyboards—the biggest thing holding me back is that it’s not available on the system keyboard. Third-party keyboard support is still limited on iOS, and it’s often buggy and crash-prone.

There are also plenty of people who don’t want to put other companies, including Google, in the middle of everything they type, and would prefer the assurances that come with Apple’s commitment to privacy. Swipe-typing is a good idea, even if it’s not one that was concocted in Cupertino.

Search emoji and ye shall find

We’ve all gotten used to typing things that aren’t letters, numbers, and punctuation. I speak, of course, of the universal language of emoji. Apple’s invested a lot of time in its emoji, but one place that it’s fallen down is in how users find the right emoji.

Yes, more recent improvements to the keyboard mean autocorrect can suggest symbols that correspond to the word you type, or offer them in the predictive text section, but when those words don’t match what you think of for that emoji name, it can be frustrating.

All of this could be avoided if the company offered a better interface for sorting, searching, and choosing emoji. I’ve been particularly impressed at the most recent update for the Slack app on iOS, which implemented a new sheet for picking emoji, complete with a search box. Apple already offers a way to search for emoji on the Mac, it’s more than a little puzzling that it wouldn’t make a similar feature available on iOS.