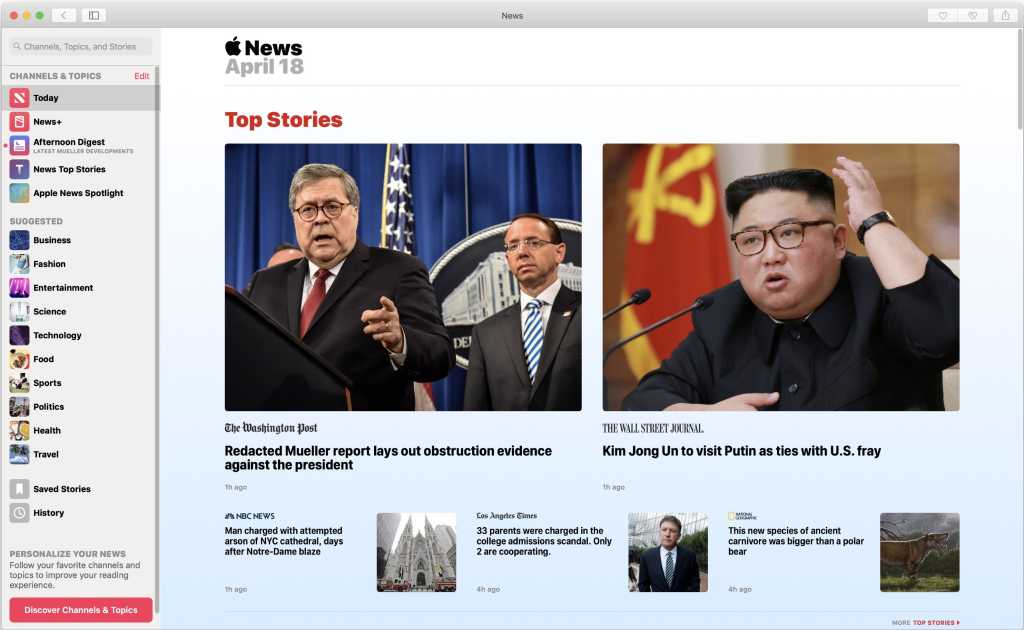 It’s been about two months since the launch of News+, and Apple wants anyone who hasn’t signed up for for the $10-a-month subscription service to know what they’re missing: exclusive covers and a new follow button.

Apple is so proud of its new follow button, in fact, it issued a press release to spotlight the feature, which is part of the iOS 12.3 and macOS 10.14.5 update. As Apple describes: “New issues from followed titles will be automatically downloaded and available offline, and Apple News+ subscribers can also download individual issues in each title’s channel in Apple News.”

Apple VP of Internet software and services Eddie Cue signaled that more changes could be in store for the fledgling service, as he noted that “hundreds of people at Apple, across editorial, engineering, marketing and design teams” have been tasked with making Apple News+ “the best experience for people who love reading their favorite titles and discovering new stories.”

Apple also spotlighted glowing testimonials from People, Harper’s Bazaar, and Popular Science magazines as examples of “the new and specialized issues, covers and features available now in Apple News+.” For example, Abbey Kuster-Prokell, creative director of Martha Stewart Living, says, “Apple News+ offers a really exciting opportunity for us to bring our content to life in a fresh new way.”

The whole thing smacks of desperation rather than celebration. The fact that the release doesn’t mention a subscriber milestone is telling, and the things it does highlight are hardly worthy of a announcement. The follow button isn’t novel or innovative, and should have been there from the start, and Apple doesn’t address any of the real problems with Apple News+, namely poor search and subpar formatting. Nor does it address its most glaring deficiency: the lack of a web interface.

But hey, at least you get exclusive digital covers.