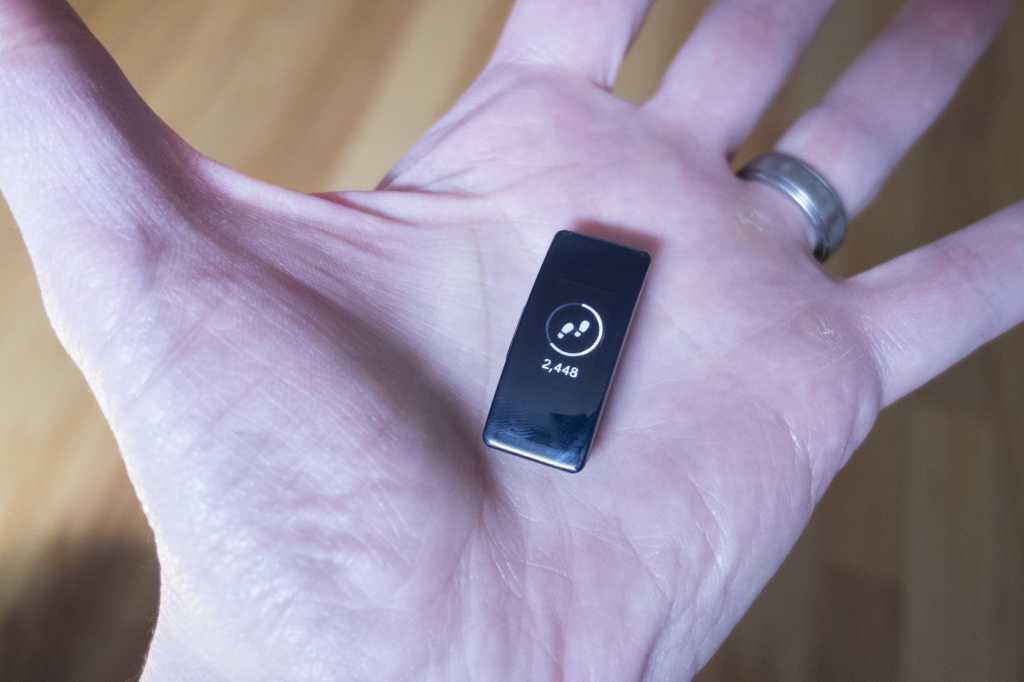 What the Fitbit Inspire HR lacks in smarts, it makes up for in style and simplicity.

In a world of smartwatches and AI-infused earbuds, the Fitbit Inspire HR is decidedly old-school. It doesn’t have a color screen, a catalogue of apps, or an SpO2 sensor. You won’t be able to use it to buy coffee at Starbucks.

But there’s something refreshing about the Inspire HR’s base simplicity. Like the Alta HR it replaces, it’s a fitness band that tracks the bare essentials—steps, sleep, calories, distance—but it also brings a few tricks that you wouldn’t expect in a $100 device. And it has a sharp sense of style to boot.

It’s somewhat surprising that a company that makes several smartwatches is still investing in small trackers, but in a way, the Inspire HR is Fitbit’s smartest product, a return to its roots and a testament to what Fitbit does better than anybody else. Longtime Alta users will love it, and it might even convince a few smartwatch users to downgrade to something a little more simple.

The Inspire HR is the most understated wearable device from Fitbit in years. The tracker itself measures just 37 x 12.6mm, smaller even than the 40.6 x 12.7mm Alta HR. It’s incredibly light, weighing just 7 grams on its own and topping out at 20 grams when attached to the bundled silicone strap. At 16.2mm, it’s a bit on the thick side, but you won’t notice it once you strap it on.

The body of the Inspire HR is actually the same as the one Fitbit uses in the upcoming Ace 2 kids tracker, which underscores its versatility. There’s nothing eye-catching about it, using plain black plastic where the Alta sported stainless steel, but the body of the Inspire isn’t supposed to stand out—its bands are. Fitbit is selling a variety of straps and bracelets to adorn the Inspire HR, and I haven’t found one yet that doesn’t look great. It’s not so much due to the neutral color—though that obviously helps—but more so because of the size. The Inspire HR is so small and light, the bands no longer need to be so rigid at the connection point, which gives it a better fit than the Alta, no matter how small your wrist is.

Bands are easily swappable via the same pin system that’s used on the Versa, and there are already dozens, if not hundreds, to choose from. Fitbit offers a variety of leather, metal, and woven ones, and several third-party sellers have also climbed on board. More than any other Fitbit device, the Inspire HR is something of a chameleon, letting the character of the band define what it is. Any smartwatch will let you swap out your sweaty sport band for a Hermes-style leather double wrap or Milanese loop, but the Inspire HR is now of the few that’s a true fashion accessory.

The Inspire HR is the final Fitbit to get the OLED treatment, so while you’re still getting a greyscale display, it’s definitely an improvement over the Alta’s LCD screen. It’s basically a smaller version of the Charge 3, complete with a combination of single-button and touch navigation, and a variety of clock faces. It’s also water resistant up to 50 meters, so you can take it swimming.

Apps aren’t central to the Inspire HR experience, but you do get a few—Exercise, Relax, Timers, Alarms, and Settings—all of which do exactly what you expect them to do. You have to go to the Fitbit app to change the clock face or customize your exercise modes, but for the most part, you’ll spend very little time interacting with your Inspire HR. The best part, as plays, is the Today screen, accessible by swiping up from the bottom of the screen. Here you’ll see all of your stats, including sleep, weight, menstruation, and anything else you’ve set up, all synced and up-to-date.

Like the rest of Fitbit’s devices, you can set up your Inspire HR to receive notifications, but they’re not nearly as useful here. The small screen leads to a lot of scrolling and truncating, to the point where even short texts are tough to read. It’s also missing Android Quick Replies, so even though you’re looking at your wrist longer, you’ll still need to reach for your phone. I’m glad notifications are allowed, but I suspect many people will limit them. Thankfully, Fitbit makes it easy to do that, with an on/off toggle right on the band and per-app options on the phone.

What’s most surprising about the Inspire HR is how much I did not miss. The color screen, library of apps, music controls, and GPS that’s included on Fitbit’s more-expensive devices are nice to have, but ultimately they’re not must-have features. The Inspire replaced my usual rotation of smartwatches for several weeks, and I didn’t really long for much (except maybe an Assistant, but you don’t get that on any of Fitbit’s devices). The Inspire nails the basics so well, I was OK with what the things it didn’t do. If nothing else, it’s an excellent change of pace from wearing an Apple Watch or a Versa.

I actually had to send my first Inspire HR back to Fitbit after an issue with the screen not turning on after a full discharge, but otherwise, I’ve had no problems with it. Battery life easily reached four full days with regular workouts and notifications (slightly less than Fitbit’s stated five days), though I did need to adjust it slightly at times so the heart rate sensor would properly register a workout. I had a similar issue with the Versa Lite, but moving it up an inch or so on my wrist before a workout fixed it.

The most important thing to consider when buying an Inspire HR is functionality. It’s not a smartwatch and it doesn’t try to be, so if you want mini phone apps on your wrist, you’ll want to look at the Fitbit Versa line instead. Fitbit also makes a version of the Inspire without the heart-rate monitor for $70, but I think the HR is worth the extra $30.

If you don’t need the power of a smartwatch, the Inspire HR is a pretty amazing device for something so small. Even at two-thirds of the price, it can do 90 percent of what the Charge 3 can—with the main differences being the lack of an SpO2 sensor and a few extra apps—and it’s small and fashionable enough to look great on any sized wrist. Even my bracelet- and watch-hating wife wore the Inspire HR with a leather double loop for a night out and didn’t want to give it back. I suspect more than a few smartwatch lovers won’t want to either.