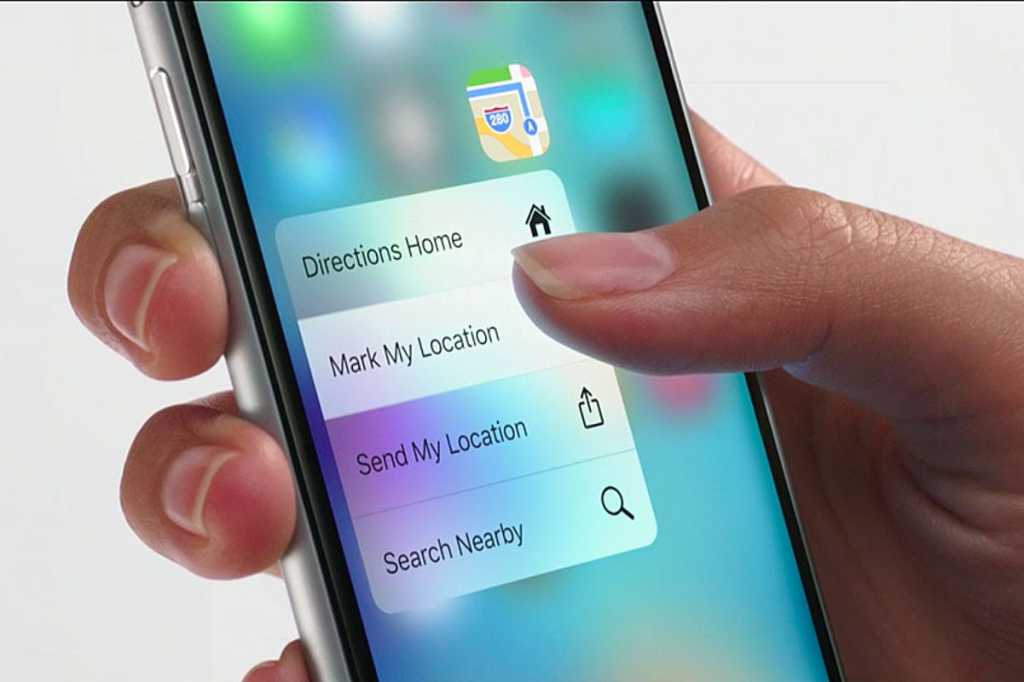 Three years ago, Jason Snell wrote about the problems with 3D Touch, after six months on the market (Apple introduced it with the iPhone 6s). His conclusion: 3D touch is not ubiquitous enough to be relied upon as a key interface function for developers, and after six months he had quit using it entirely.

Here we are several years and several iPhones later, and the situation isn’t any better. 3D Touch is still an Easter egg, a gimmick, a shortcut for enthusiasts. Precious few apps make it a core part of their interface.

And how could they? No iPad has ever included 3D Touch. Apple’s most popular current model iPhone, the iPhone XR, doesn’t have it.

Now, new rumors state that 3D Touch will be absent from all 2019 iPhones. I say, good riddance. 3D Touch never came into its own, and while some enthusiasts swear by it, I have personally never seen it cause anything but problems.

The interface you can’t rely on

3D Touch has two big problems. The first is that, as an interaction mode, it can’t be relied upon. Every iOS device has multitouch. A developer can require you to tap on several things, or pinch-and-zoom, and know that you can do that on any model iPhone or iPad.

But 3D Touch was only ever found on iPhones, not iPads, and only the iPhone 6s and later. Last year, with the iPhone XR, Apple released its first iPhone without 3D Touch since 2015. It just so happens that the XR is Apple’s best-selling model.

Whether you’re Apple or a third-party developer, you can never require 3D Touch for an important interface function, because it simply doesn’t exist on a huge percentage of your customer’s phones and tablets. You have to make 3D Touch a shortcut or an Easter egg. A fun or fast way to do something you could also do some other way.

When it comes to making core interface components, it has to be all or nothing. If developers can’t rely on it, it will always be relegated to optional tasks.

Invisible to the average user

3D Touch’s other, bigger problem is that it is totally invisible and therefore unintuitive. I would call it “undiscoverable” if not for the fact that I have seen lots of people discover it, always by accident and never understanding what it is or does.

Tapping on a screen is by its very nature a highly visible interface. See a button, slider, label, or icon, touch it. Drag it around with your finger. Swipe the screen to…swipe the screen. Pressing into the screen is an invisible interface. Your iPhone or iPad display does not appear to be three-dimensional. It is not like an analog trigger or a soft mushy rubberized button. It feels solid and firm, unyielding. There is no indication that it would respond differently to being pressed softly or firmly.

Tap a highlighted address to open it in Maps. That’s clear. Push a little harder on it to open a little Maps preview window? How is any user supposed to know that?

Creating problems, not solving them

Expert users constantly flood forums and comment sections with praise for 3D Touch. They say they love it, they rely on it, it’s one of their favorite features. I believe this is true—the sort of users who read technology sites and comment on articles love 3D Touch. But spend any time with the general populace and you’ll quickly realize that they’re in the extreme minority.

My neighbor recently wanted to know how to delete an app that was causing problems (you’d be surprised how many perfectly reasonable and intelligent people simply never delete apps, and it’s not as if your iPhone tells you how). She’s had an iPhone for years, and still ran afoul of 3D Touch. I told her to “tap and hold on the icon” and she pushed hard, and instead of entering the “wiggle screen” to manage apps, she triggered 3D Touch’s list of App shortcuts. Which, by the way, does not include “Delete app.”

This has happened with at least a half-dozen people to whom I tried to explain how to do something on their iPhone. They trigger 3D Touch, don’t know how they did it or why it did something other than what they wanted, and don’t know how to go back.

For a small percentage of the billion iPhone users out there, 3D Touch is indispensable. For hundreds of millions of others, it is either unavailable (because they have an iPhone XR, 5S, SE, etc.), ignored, or worst of all, confusing.

I’m all in favor of optional features for advanced users. The Camera app could use a lot more of that, in fact. But 3D Touch is not really optional, it’s not the sort of thing that the casual user is aware of but can choose not to use. Its core problem is that it is accidentally triggered by users that don’t know it’s there, and even then don’t understand it, because an iPhone doesn’t look or feel like something you would touch with variable degrees of force.

For the majority of iPhone users, 3D Touch creates more problems than it solves. That’s a bad user experience.

iOS 13 should show the way forward

Currently, the iPhone XR sort of half-implements 3D Touch with something Apple calls “Haptic Touch,” a fancy marketing name for “long-press with haptic feedback.” On the lock screen and control center, a long-press is accompanied by a click from the Haptic Engine to approximate the function of 3D Touch. It doesn’t work on the home screen (how could it, when a long press enables app management mode?), and it doesn’t support multiple pressure levels (not really 3D Touch’s strong suit, even among its fans). But it gives you more control over some functions.

Ideally, the new iPhones released this year will get rid of 3D Touch entirely, and iOS 13 will seek to change interface conventions in a way that makes the Haptic Touch shortcut more widely usable. Perhaps tap-and-hold isn’t really the most intuitive action to enter a home screen mode that lets us rearrange apps, and something more visible and discoverable like a control panel icon is a better choice. That would free up the tap-and-hold for icon-specific shortcuts via Haptic Touch, which I would argue is a more intuitive function. It never made sense to tap-and-hold a home screen icon to enter a new global app management mode anyway—If I tap on an icon, whether I hold my finger down or not, I expect to do something with that app, right?

For functions as critical as the way we touch the screen, Apple needs to create unified features and expectations that work the same way across all iPhone models and iPads. I’m sure enthusiast iPhone users would lament 3D Touch’s passing, but any feature that delights the few while causing frustrations for the many should be put to pasture.