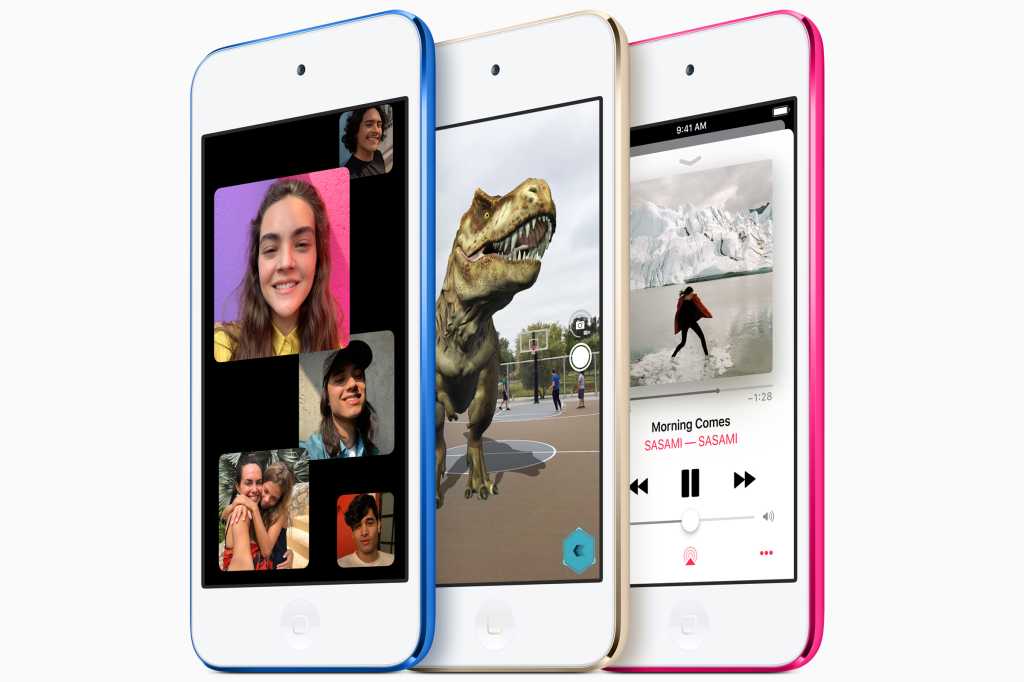 For the first time since 2015, Apple has announced a new iPod touch, but you wouldn’t know it by looking at it. It has the same 4-inch screen, color selection, and bezel-heavy outdated design. But now it’s fast enough to run AR apps and Group FaceTime.

Apple has updated the A8 processor in the iPod touch with an iPhone 7-era A10 Fusion chip, the same silicone that powers the low-end iPad. That’s still nowhere near as fast as the A12 Bionic chip in the iPhone XS, but it’s definitely an improvement. Like the old model, the new iPod touch starts at $199 for 32GB, but there’s an extra 256GB option now for $399, in addition to the $299 128GB model.

Unfortunately, the new iPod touch ignores many of Apple’s newer features, including wireless charging, dual cameras, and Animoji. But it does include a 3.5mm headphone jack.

Apple introduced the iPod touch following the launch of the iPhone in 2007, and it received regular updates until 2012, when it began to lag behind Apple’s more popular products. With today’s refresh, the dreams of an iPhone X-styled iPod touch are dashed, and we can probably expect this model to stick around until at least 2021.

The new iPod touch is available in six color options: space gray, silver, gold, blue, pink and red. It is available for shipping today through the Apple Store.