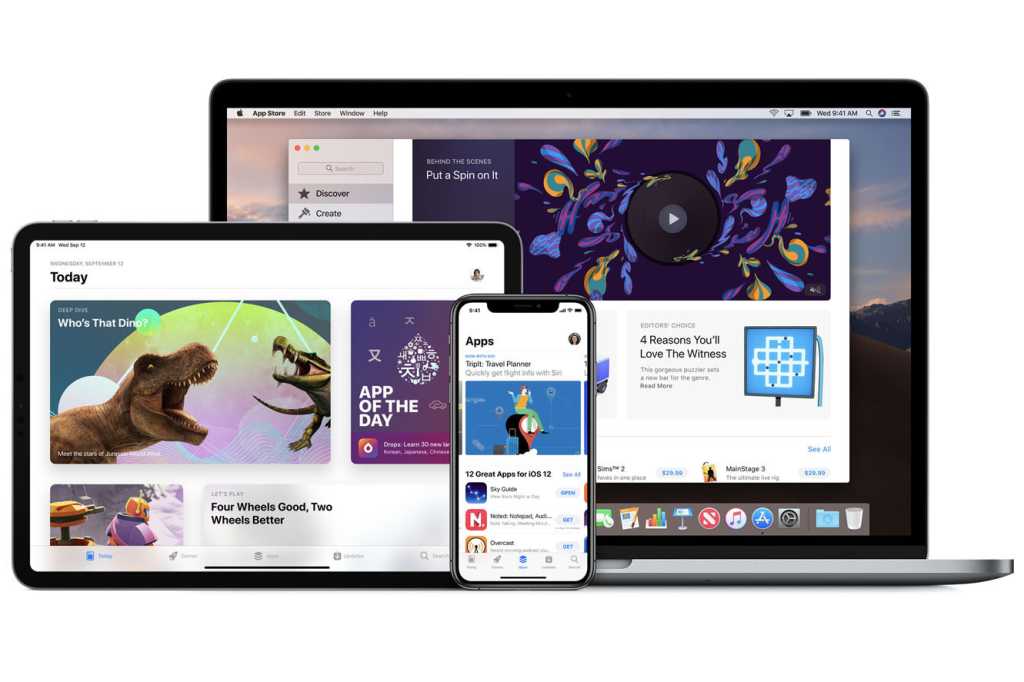 Apple has been a vertically integrated “walled garden” for a long time. But with Apple’s growth in size, influence, and scope, it has come under fire as a de-facto monopoly. As it sells more of its own products and services than ever before, the ability for outsiders fairly compete with Apple’s own software and services is being called into question.

The recent Supreme Court ruling in Apple v. Pepper has determined that consumers have standing to bring a class-action suit against Apple for its App Store pricing practices. Also, the EU is launching an investigation into Apple’s practices after complaints made by rival music service Spotify.

To make its case with you, the public, Apple has launched a new “Principles and Practices” page on the App Store section of its site. It’s a defensive overview of Apple’s practices that is unlikely to hold up in the courtroom, but that’s not it’s purpose. Apple wants to win the court of public opinion.

Let us have our App Store monopoly…or else

Apple’s new page begins by breaking down all the ways the App Store is good for you, the consumer, and developers. It details all the work Apple does testing apps to ensure your privacy and security. (Just don’t read that Washington Post article.) It makes a case for just how much work it is—100k apps and updates reviewed every day! 40 percent rejected! It’s part justification for Apple’s 30 percent commission cut, part implied threat. Just take a look at this passage:

We believe that what’s in our store says a lot about who we are. We strongly support all points of view being represented on the App Store. But we also take steps to make sure apps are respectful to users with differing opinions, and reject apps for any content or behavior that we believe is over the line—especially when it puts children at risk. For example, we strictly prohibit any app that features pornographic material, discriminatory references, torture and abuse, or anything else in exceptionally poor taste.

The argument doesn’t really hold water, though. Apple happily sells millions of Macs, which has a curated and restricted App Store, but also the ability to use other app stores (like Steam) and to download apps from anywhere on the web. Is Apple implying that the Mac, with its permissive app ecosystem, puts your privacy and security at risk? Are Macs unsafe for kids?

Be thankful for our platform

The next section of the Principals and Practices page is meant to impress you with the scope of the App Store platform. With over a billion devices for which it is the only means of obtaining apps, sure, the App Store is big. Apple says there are over 20 million members of its developer program.

Then there’s this misleading statement:

Since the launch of the App Store, an entire industry has been built around app design and development, generating over 1,500,000 U.S. jobs and over 1,570,000 jobs across Europe.

Is…is Apple laying claim for the entire concept of mobile app development? Yeah, there are tons of app developers. Apple had an early popular product and app store. But those millions of jobs are to develop apps for scores of devices, not just Apple’s. It’s not like app development, as a career, would go away if there were competing iOS app stores or the ability to sideload apps or install them from the web (as you can on a Mac). Some might argue that such a situation would boost app development jobs, as there would potentially be a viable way to reach iPhone users with the kinds of content Apple simply doesn’t allow on its own store.

Apple says it has paid out $120 billion to developers from App Store purchases since its launch 11 years ago. That sounds like a lot! It is a lot! It also means that, because Apple takes a 30 percent cut of everything (15 percent for subscriptions after the first year), the company has pulled in around $50 billion from the App Store alone. The first section of the page is meant to lay out what a herculean effort running the App Store is, and it certainly is a big job, but does it cost Apple billions per year? Or is the 30 percent cut far in excess of what is needed to do all that app distribution, moderation, and approval?

Apple further points out that 84 percent of all apps are free, and that “Apple receives no commission from supporting, hosting, and distributing these apps.” Notice how Apple is very specific about the particular ways it doesn’t make money off free apps? The company is more than happy to sell Search Ads to its captive audience for your free app, after all.

Apple’s trying to dazzle you with big numbers, hoping you’ll not think too critically about whether or not they would actually change for the worse if the company were made to loosen its App Store policies.

Just look at all this ‘competition!’

Apple concludes its page with a list of Apple first-party apps and a sampling of competing apps that have found success on the App Store. But do they really compete?

Take Apple’s cloud storage examples. Box and Dropbox and Google Drive all compete with iCloud, but I can only back up my iPhone or iPad to iCloud. I have no option to use those other services as the automatic backup for my Photos library, for example.

Sure, you can download a number of web browsers to “compete” with Safari. But they all have to use Safari’s WebKit rendering engine, rather than their own. I’m sure Google would love to make Chrome on iOS use the same Chromium engine it uses everywhere else. And you can’t change the default web browser, either.

The essence of a monopoly is not a complete lack of competition. It’s that the dominant company uses its position to control the market to its own favor, so that it has a much easier time staying on top. Most monopolies have competitors, they just can’t get anywhere. This is the essence of Spotify’s argument, and the reason why Apple’s example of music app competition is specious.

Yes, there are apps on the App Store that compete with Apple Music. But Apple uses its ownership of the iOS platform to pre-install Apple Music, while you have to go find and install its competitors. The default effect is well-documented, and extraordinarily strong. Apple effectively makes Apple Music opt-out, and its competitors opt-in.

The playing field is uneven in other ways, too. Competitors who sell music subscriptions on iOS have to pay Apple a 15 to 30 percent cut, while Apple keeps its entire subscription fee. Siri plays music from Apple Music, but not from its competitors. Apple says it treats all apps on the app store the same, and that’s true, but it can’t pretend its own apps don’t get special treatment.

Coke and Pepsi compete on more or less equal terms. If a grocery store wants to charge them a stocking fee, that’s up to them. But what if Coke owned the grocery store and charged Pepsi (and every other competing beverage company) a 30 percent stocking fee? Oh, and that grocery store is the only one in town. Coke can’t in good faith point to the Pepsi cans on the shelves and say, “See? Competition!”

Apple has a rationale for its practices. Browsers have to use WebKit and you can’t change the default because Apple wants to provide better battery life, performance, and security. You can only back up your phone to iCloud because it wants to guarantee access to that backup in the future. Apple, in its view, controls your experience in these ways to make everything faster, safer, more private, better.

But should we have the ability to choose? Should we get to decide if Safari’s WebKit engine provides better security and battery life than Chromium? Should we decide that the security of Google Drive is sufficient for our automated Photos backups? Shouldn’t we be able to make Google Maps our default mapping app, and then let and Apple Maps compete over features, accuracy, privacy protection, and more?

Apple needs to convince customers and regulators not of the benefits of its monolithic App Store or default app restrictions, but that allowing competing app stores, and giving competing apps the same access as its own, would harm users more than the competition would benefit them. And if that’s the case, how can it possibly continue to sell the Mac, with its “harmful” open-app ecosystem?