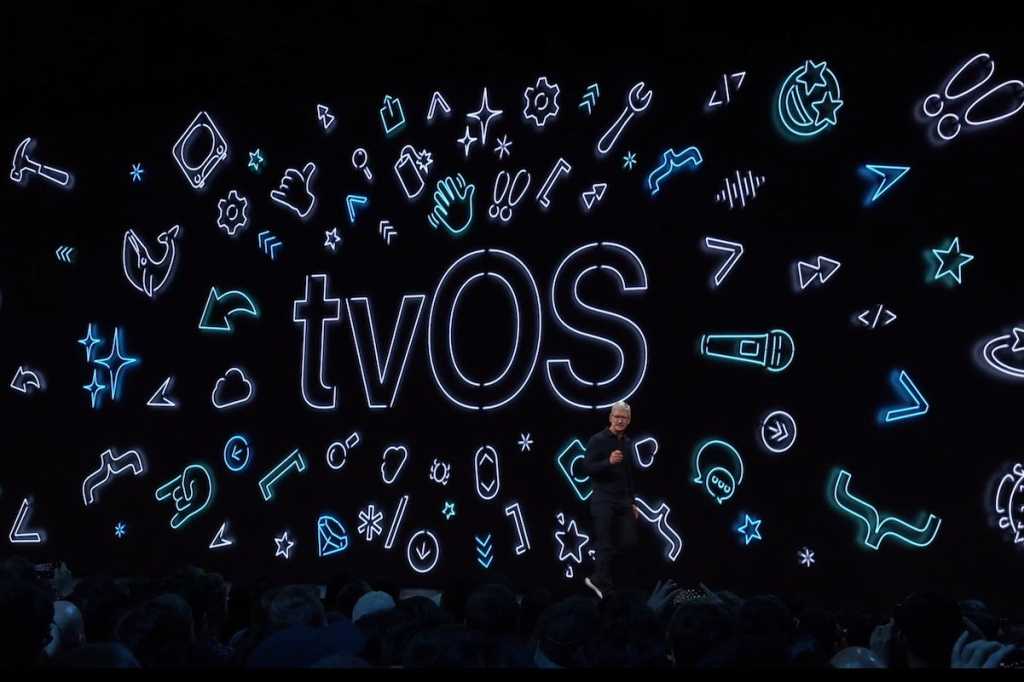 Apple didn’t introduce any new Apple TV hardware at today’s WWDC, but it did announce several new features for tvOS 13 that make Apple’s set-top box a far more attractive device. In tvOS 13, it’s easier for multiple family members to personalize the device, and Apple also introduced features that allow Apple TV to act more like a regular game console. Here are the updates we’re anticipating most…

Much as in the Netflix app, these trailers will dominate the screen behind the interface, giving you a good idea of what you’ll be watching within a matter of seconds.

You can technically already set up Apple TV for multiple family members, but it’s a cumbersome process that involves going into Settings and signing out. But soon, however, Apple will allow you to switch between users through a new Control Center that’s being introduced in tvOS 13.

Apple didn’t spend much time explaining this feature, but it looks as though switching users will be even easier than it is on macOS. It’ll also enable an “Up Next” feature that’s better suited to your specific preferences.

Support for Xbox One and PlayStation 4 game controllers

Makers of MFi (Made for iOS) game controllers were probably stunned to hear Apple’s keynote today, as Apple TV will now support controllers made for both the Xbox One and PlayStation 4 consoles. The newly supported controllers will work with Apple Arcade when it drops sometime later his year.

If you want your Apple TV’s idle screen to become a beautiful backdrop for your living room, you’ll be happy to know that Apple is introducing lovely HDR underwater screensavers made in partnership with BBC Natural History.

Much like Apple’s high-res desktop wallpapers for macOS, these new screen savers will be a great way to celebrate both nature and tech in one stroke.

A hint of 4K movies coming to AppleTV+

Apple kicked off the presentation by showing off a trailer for “For All Mankind,” a new series for the upcoming Apple TV+ service that takes place in an alternate version of history in which the Soviet Union was the first country to land on the moon.

This isn’t exactly exclusive to the Apple TV hardware, as you’ll be able to watch it on your iPhone, your Mac, and hopefully some other devices. But exclusivity aside, “For All Mankind” looks like truly compelling TV, and suggests that Apple original series will easily compete with the likes of original content from Netflix, HBO, and Amazon.

With tvOS 13, you’ll be able to see lyrics for the song you’re listening to in the Apple TV Music app. It’s a small feature, but being able to read lyrics with the help of the Genius service is one of the best features in Spotify, and we’re excited to see something like that come to Apple TV.