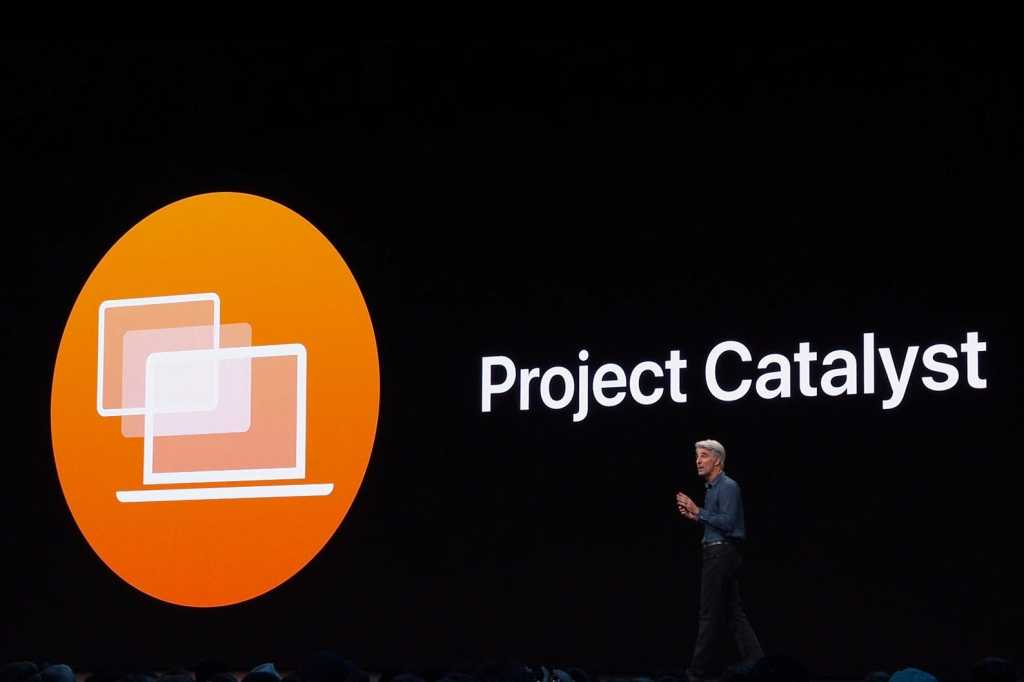 As someone who has been using the Mac for nearly three decades and someone who heavily uses an iPad Pro to get work done, I’m disappointed when I see people try to pit the two platforms against one another. There’s definitely a certain subset of Mac users who seem offended that anyone would dare to use an iPad rather than a Mac.

I hope those people are ready for what’s about to happen, because as of this year, the Mac and iPad are marching in lockstep. They are partners, buddies, siblings. They are co-tenants of Apple’s newest app platform. They need each other in a way that has never been true before. If the iPad and the Mac succeed, it’s going to be as a team.

This week in San Jose at Apple’s Worldwide Developer Conference, Apple rolled out macOS Catalina, due this fall. For the first time, the developers of iOS apps will be able to bring those apps directly to the Mac using software Apple has dubbed calls Project Catalyst.

As detailed by Apple, the process of bringing an iOS app to the Mac takes three steps: First, the developer checks a box indicating they want to build a Mac app. That’s simple enough, but it’s only the beginning.

The second step in building a good Mac app, Apple says, is to build a good iPad app. This is a fundamental part of Apple’s message to app developers: To build a good Mac app, first make sure your app is appropriately built for the iPad, including supporting various screen sizes and keyboard shortcuts.

The third step is to add what Apple called “finishing touches”—the additional detail work that makes that iPad app really shine on the Mac. This includes relatively simple choices, such as telling a sidebar to adopt a partially translucent style, as well as more complex ones like building out menu commands.

We’re in this together

Though stories about Catalyst (often referred to over the last year by the name Marzipan, a code name reported by Bloomberg’s Mark Gurman) usually describe it as being a way to improve the Mac by providing an influx of new apps from an enormous pool of software developers, it’s clear from Apple’s approach that this is as much about the iPad as the Mac.

When you think about it, it makes sense. It’s so easy to group the iPhone and iPad together, because they share a touchscreen interface and are based on iOS. But now that all three operating systems—iOS, iPadOS, and macOS—run the same app platform, things get more complicated.

The iPad and Mac are large-screened devices. They’re able to run software that’s far more complex than could fit on a tiny phone screen. The iPad Pro and iPad Air have keyboard accessories that make them even more akin to the Mac. I write with my 12.9-inch iPad Pro in a keyboard case that makes it look like a 13-inch MacBook, and the similarities couldn’t be clearer. They have more in common with one another than you might have thought.

Or think of it in terms of market size. You could argue that the iPad’s installed base just isn’t large enough to merit investing in developing new professional-level apps. The same could be argued about the Mac. But put them together and things get a lot more interesting. With Catalyst, a single development effort can put the same app on the iPad and the Mac, reaching a much larger audience with an app that excels on the iPad and has the necessary finishing touches for the Mac.

Buddies to the end

It’s time for Mac users and iPad users to realize that these two platforms are now unified in a way they’ve never been before. Making a new Mac new app starts with making a good iPad app—something that will benefit iPad users directly. Meanwhile, Mac users get to benefit from the enormous size of the iOS app development community, which has never previously been able to address the Mac without learning an entirely different way of building apps.

This is just the beginning, and the era won’t truly start until the fall when macOS Catalina ships, but the potential is there for a huge wave of new apps—and a rising tide would lift both the Mac and the iPad.

And what’s that on horizon? It’s an entirely new development framework, SwiftUI, introduced this week at WWDC. Not only does it allow developers to design apps that work on the iPad and the Mac using a single approach, but SwiftUI will work with the iPhone, Apple Watch, and Apple TV, too.

Don’t look now, but while the iPad and Mac may be joined together in a way that they haven’t been, the rest of Apple’s devices are also part of the family. And over the next few years, they’ll all be getting closer to one another than they’ve ever been before.