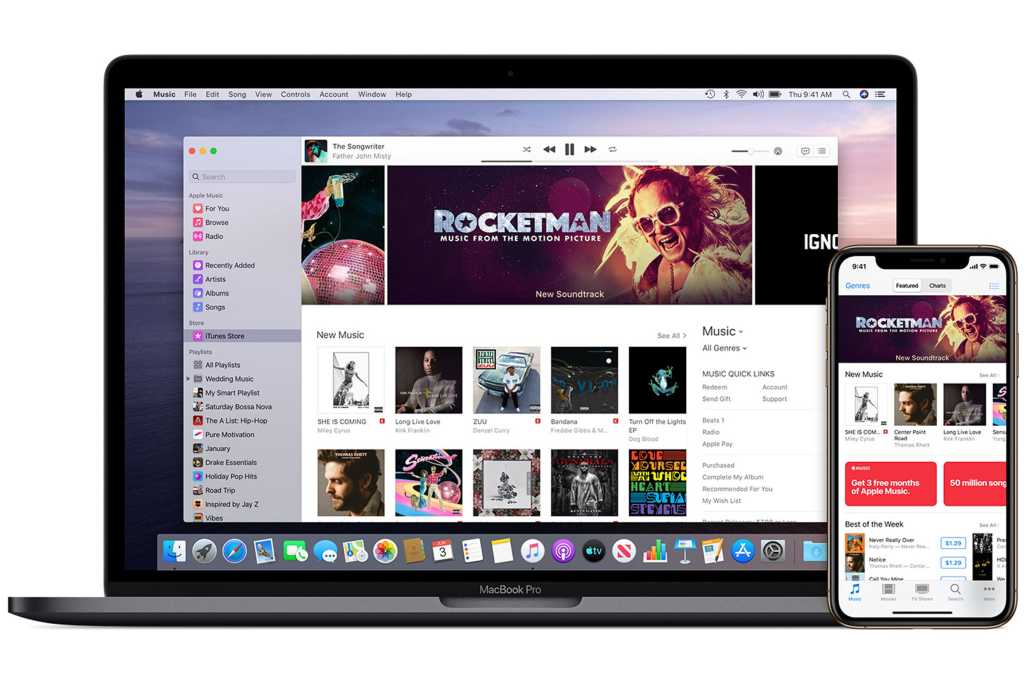 You might have read a headline or 30 this week proclaiming the death of iTunes. It certainly seemed like that was the case; during the WWDC19 keynote, Apple VP Craig Federighi skewered the longtime media app for doing too much and announced it was breaking up into separate TV and Music apps. Short of holding an iOS 9-style funeral, Apple eliminated the iTunes app from the Mac and shuffled its functionality to new apps and menus.

How does it all work? And is iTunes really dead? Get the answers to those and any other question you may have in this FAQ.

Yes, the app named iTunes that we’ve been using on our Mac for nearly two decades is no more. When you upgrade to macOS 10.15 Catalina, you won’t find an iTunes app anywhere.

Where did all my stuff go?

In place of iTunes will be new apps: Music, Podcasts, and TV. If they sound familiar, it’s because you’ve seen them everywhere but your Mac: iPhone, iPad, and Apple TV. Apple is simply bringing those apps to the Mac. Now your entire purchases and ripped music library and playlists will be in Music and your Movies and TV Shows libraries will be in TV. Podcasts will be in Podcasts. And audiobooks will move over to the existing Books app.

Do I need to do anything to transfer my libraries?

You shouldn’t. MacOS Catalina will do all of the heavy lifting to migrate your libraries to the appropriate places.

Will I still be able to rip songs off a CD?

All of the things you did before in iTunes should work just fine in the new Music app, including iTunes Match and purchases, as well as any new or old ripped CDs.

How do I buy new stuff now?

Here’s where it gets a little confusing. While purchases are done in the appropriate app (music in Music, movies and TV shows in TV, and audiobooks in Books), the purchase process is a bit different. The TV app has separate Movies and TV Shows tabs at the top of the screen that will function much like iTunes does now, spotlighting deals and new content, and letting you browse through the entire catalogue. When you want to buy or rent something, click the buy link and it’ll be transferred to your library. The same goes for

Music is a little different. Since Apple offers a streaming service, that takes center stage, with everything else populating a sidebar like the current iTunes app. Inside there you’ll find an old friend: the iTunes Store. Click on it and you’ll be find a store that looks a lot like the current one.

Wait, so iTunes isn’t dead then?

Well, iTunes is, but the iTunes Store isn’t. It’s just returning to what it was before Apple started selling other kinds of media.

What if I’m an Apple Music subscriber?

Apple Music subscribers will find everything in the Music app, of course. They’ll also still see the iTunes Store option in the sidebar, but they can opt to hide it if they’d like.

Managing your iTunes account works pretty much the same way as it does now. Each of the media apps will have an “Account” menu in the top bar, where you’ll find the usual options: Authorizations, Sign Out, etc. Click on View My Account and you’ll be taken to your usual account page, where you can update your credit card info and address, and see your purchases.

How do I manage my subscriptions?

Subscriptions are currently handled inside your Account page in the Mac App Store, so that shouldn’t change.

Yes! Apple says that iTunes Gift Cards and iTunes credits “will be maintained and can be used with the new apps and the App Store” as before. So it appears that Apple will continue to sell iTunes gift cards for the foreseeable future.

How do I sync my iPhone or iPad to my Mac for backups?

If you use your Mac for iTunes backups, you’ll no longer need to launch an app to when you plug in your iPhone or iPad. Instead, you device will appear in a new sidebar item in Finder windows, which will contain all of your previous backups and sync settings as before. Apple also says it will now be “easier to drag and drop files you want to transfer” since you’ll already be inside the Finder.

What if I don’t (or can’t) update my Mac to Catalina?

Apple is billing the new media apps as a Catalina feature, so presumably older Macs will stick with iTunes for the foreseeable future. It’s possible that Apple sends out a future update to older version of macOS that deprecates iTunes, but that hasn’t been announced.