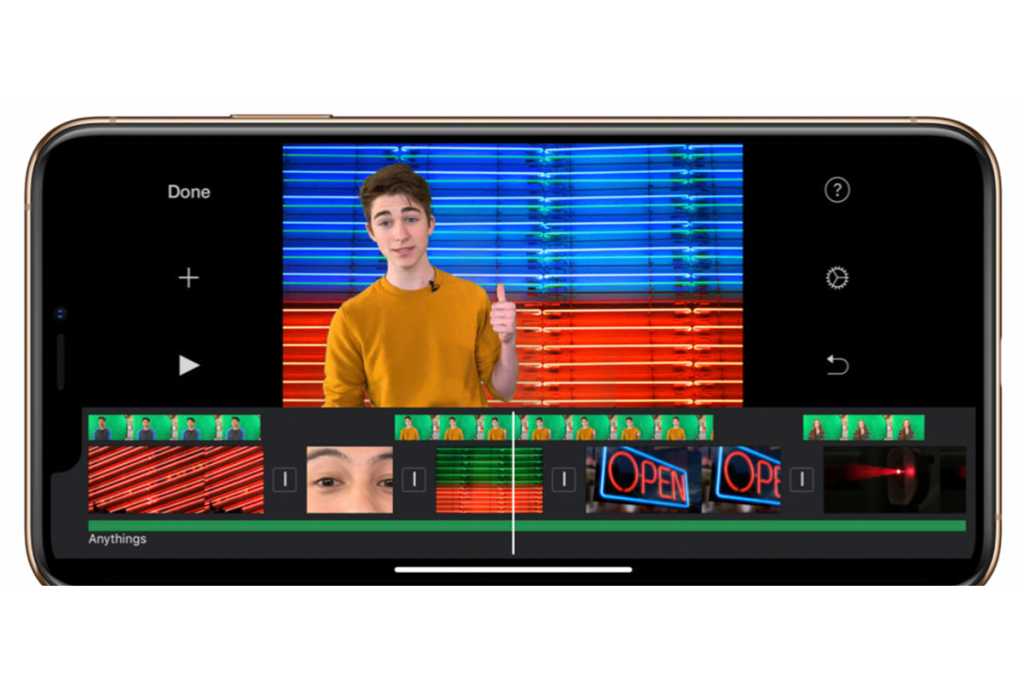 Apple’s iMovie app for iOS just got updated to version 2.2.7, and it’s one of the app’s most interesting updates in a while. It includes support for a green screen effect, 80 new soundtracks, support for images with transparent backgrounds, and some noteworthy smaller changes.

The green screen effect is by far the most interesting as it lets you replace any green or blue background in your videos with imported imagery. It does a lot to make iMovie more like the real movies.

You’ll also get 80 new soundtracks that run the gamut from pop to chill, and each one adjusts to fit the length of your projects. Today’s update also introduces the ability to drop images with transparent backgrounds into your videos, which will come in handy if you’d like to keep your logo on the screen for a YouTube project.

Apple packed the update with the following features as well, as listed in the patch notes:

We didn’t hear much about iMovie at WWDC: Indeed, most commentaries at the time focused on how Apple had removed one of the only reasons why ordinary users downloaded it in the first place. Before, the “easiest” ways to rotate videos on iPhone was to download iMovie and then rotate the video in a new project, but thankfully Apple baked that feature (along with many other video editing tools) into the Photos app for iOS 13.

But this update goes a long way toward making iMovie attractive in its own right for users with a bit of an interest in video editing.