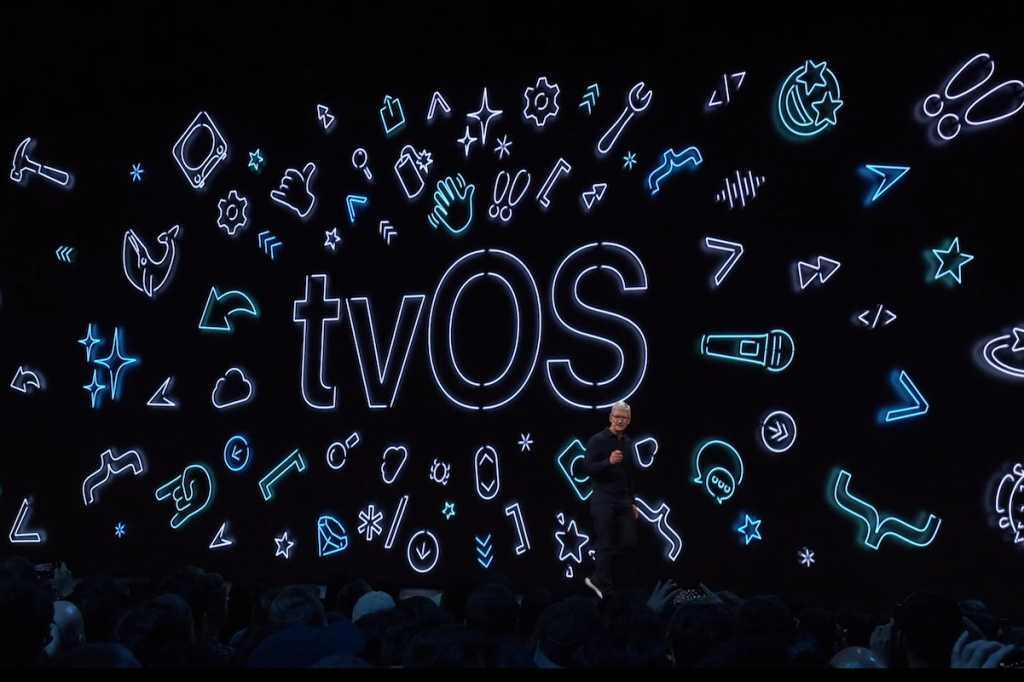 Apple TV hardware is in an odd place. Apple is more invested in streaming TV than ever, with a new Channels feature to subscribe to premium content right in the TV app (and play it all from Apple’s robust distribution network), and a huge investment in its own premium streaming service, Apple TV+. That service may not be launching until the fall and we don’t know what it will cost, but we know Apple’s got dozens of projects in the works for it.

On the other hand, Apple is bringing its TV app to smart TVs and even Roku and Fire TV boxes. So maybe selling and supporting its own TV hardware isn’t exactly central to the company’s living room plans?

Still, after a few software updates, the Apple TV 4K has become one of the best streaming boxes a person can buy. And with tvOS 13, it’s getting a lot better. Here are some of the features coming to your Apple TV 4K or Apple TV HD in the fall.

One of the greatest annoyances of Apple’s living-room devices (Apple TV and HomePod) is that they occupy a space that invites multiple family members to use them, but the software only supports a single user.

All of that is changing this fall. HomePod gets multi-user support, and so does Apple TV. You can sign in with multiple Apple ID accounts and each one will get its own personalized Home screen, TV app recommendations, Apple Music playlists and recommendations, and so on. Finally!

How will you switch between users, you ask? Well, there’s a new Control Panel that slides in from the right side. You can quickly switch users with it, but that’s not all. Its brief appearance on the WWDC stage also showed a Sleep button, Siri suggestion for music, AirPlay control, and search.

The TV app just got a big overhaul this spring, but now the main Home screen is being refreshed. The marquee feature is big, live streaming background previews that will suggest content you might enjoy. As you move around the tvOS interface, the background will come alive with previews for TV shows and movies.

Your Apple TV is a great way to serve up your latest photos and listen to music. Apple’s own Photos and Apple Music apps are getting a bit of a refresh in tvOS 13. The Photos app gets a cleaner look with new category selections at the top, made to better match the new Photos app organization in iOS 13.

The Apple Music app’s new killer feature for iOS 13 is the ability to show lyrics that are synced with the music. This comes to Apple TV as well, which will make it just perfect for karaoke night.

There are some really good games for the Apple TV, and lots more on the way once Apple Arcade launches in the fall. The A10X in the Apple TV 4K is quite capable of detailed 3D graphics with great frame rates and resolution. But to really make the most of it, you need a compatible game controller.

That used to mean scouring the web for a good MFi-compatible controller, made specifically for Apple’s devices. They were expensive and limited, and needless to say, not very popular.

In tvOS 13, Apple is officially extending support to PS4 DualShock and Xbox One controllers (the newer Xbox One controller models with Bluetooth). That means you’re really likely to have a great controller available, and if not, you can easily find one at many retail stores. It also means game developers can create games that are meant to be played with the same controllers that tens of millions of console gamers use every day.

Apple is teaming up with the BBC Natural History Unit (the team behind “Blue Planet”) to create stunning 4K HDR underwater screen savers. Apple used to call these “Ariels,” but I guess that name doesn’t really fit anymore, does it?

Which devices will support tvOS 13

You’ll be able to download tvOS 13 as a free update this fall at the same time that iOS 13, iPadOS 13, and macOS Catalina are released. If prior years serve as any indication, that will come in September.

You’ll need an Apple TV 4K or an Apple TV HD (which used to be called the 4th-generation Apple TV) to run it, though.

Apple will make a public beta of tvOS available starting in July. If you want to try out the beta on your Apple TV HD or Apple TV 4K, first head to beta.apple.com and sign in with your Apple TV. You’ll have to agree to the terms and conditions.

Then, on your Apple TV logged in to the same Apple ID, open the Settings app. Go to System, then Software Updates, and turn on Get Public Beta Updates. You’ll have to agree to the legal terms. Then select Update Software to download and install the latest beta version.