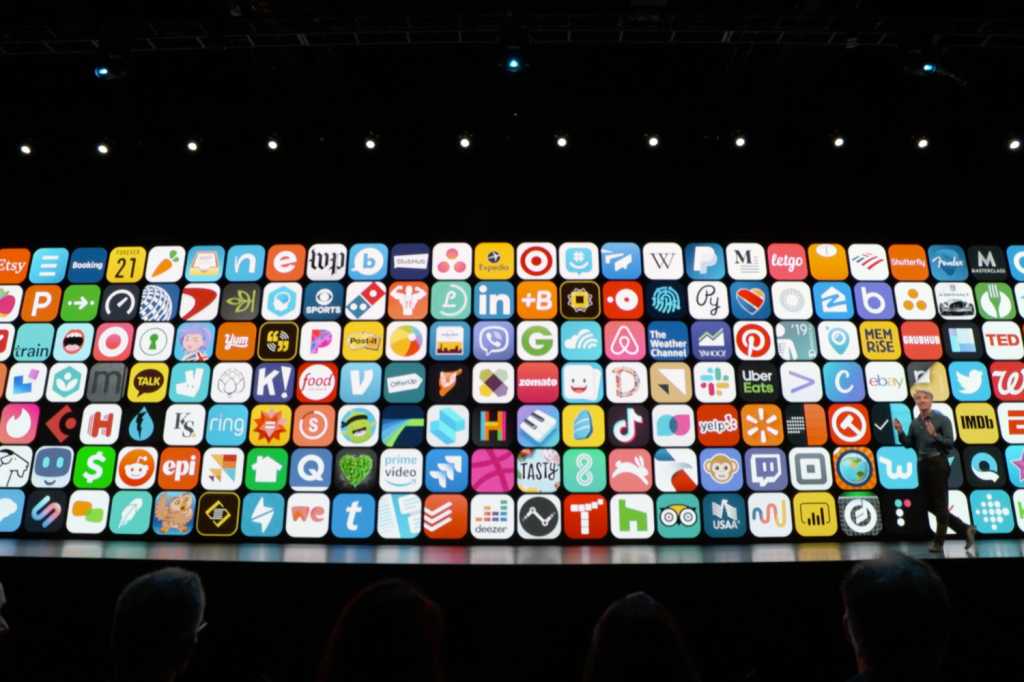 There’s a old joke about a bad writer blaming his tools—a sad excuse that it was the typewriter and not poor writing skill that was to blame. When macOS Mojave was announced last year, featuring four apps that originated on iOS and had been moved to the Mac by something we now call Catalyst, many of us were quick to blame Catalyst for the strange design quirks of those apps, which seemed simplified in ways that were jarring.

Recent statements by Apple software head Craig Federighi, including his interview with John Gruber during WWDC and a subsequent interview with Jason Hiner of Cnet, make it worth revisiting that assumption.

“When I read some of the initial reviews of those apps, people were saying, ‘Obviously this technology is causing them to do things that don’t feel Mac-like,’” Federighi told Cnet. “Honestly, 90 percent of those were just decisions that designers made … People took that as ‘this feels iOS-y’ and therefore they thought it was a technology thing. Actually, it was a designer preference.”

“The apps were bad because we made bad design choices” is a bit of a weird defense. Is Federighi just defending Catalyst and his engineers (at, I might point out, the expense of his designers), or is there more to this? I suspect it’s a little of both, as Apple tries to create a bridge between two very different platforms at the same time that it’s tinkering with a wholesale redesign of what it means to be a well-designed Mac app.

Searching for the exemplary apps

There was a time when Apple set the standard for the apps on the Mac. To see an Apple-built app was to see what apps on the Mac should look like. Especially in the early days of Mac OS X, we would pore over included apps like Safari and Mail and Address Book and bundled apps like those found in the iWork and iLife collections.

These apps would suggest to Mac app developers what Apple thought the state of the art of Mac app design was. A few months later you’d see that all the major Mac app updates would be taking hints from Apple—a tab display here, a drawer there, a floating palette over there.

Mojave’s four iOS import apps inspired nobody. It’s possible that by the time macOS Catalina ships, they’ll be improved—and the additions of Podcasts and Find My might also change the narrative. But based on the initial public beta release, these apps are still either very simple utilities or are still missing menu items and keyboard shortcuts and the other niceties that Apple spent all of WWDC week pushing to an audience of potential Catalyst developers.

This is not to say that there won’t be great examples of Catalyst apps, exemplars for other developers to follow. I’m optimistic that some of the developers of iOS apps I use a lot will go the extra mile to make sure that their apps are good Mac apps when they appear on the platform. I was encouraged by a Twitter thread from the developer of Ferrite Recording Studio, one of my favorite iOS apps. In the thread, he says he is committed to making a “Proper Mac App” and that it will take time to do so. While listening to the Accidental Tech Podcast and Under the Radar podcasts, it’s clear that Overcast developer Marco Arment is similarly not willing to dump a lousy version of his app on the platform.

iOS app developers are Mac users—it’s the only platform available for iOS app development. They know what the Mac feels like. I think many of them will choose to do the right thing—but it’s a shame they won’t have exemplary Apple apps to inspire them.

Which brings me to why I think Apple’s in this strange in-between state with Catalyst app development. I don’t think it’s that Apple is uninterested in building good Mac apps—as Federighi himself said to Cnet, “we’ve got to co-evolve with our user base around the aesthetics of the Mac experience.” The implication is that Apple knows these Catalyst apps need to be better, and that they will be.

When Federighi says that Apple and the user base must “co-evolve”, that strikes to the heart of it. Apple is changing the definition of what makes a good Mac app, and a lot of that will be influenced by the design decisions it makes for iOS, because it wants to unify its platforms as much as it possibly can for efficiency reasons.

This is messy. A one-size-fits-all app design approach won’t work, and I don’t believe Apple really wants that. But in macOS Catalina, it does seem to be re-evaluating a lot of interface conventions. Apple’s own apps—not just the ones made using Catalyst—are trying all sorts of different interface approaches in somewhat inconsistent ways.

Let me give you one example: Apple’s using an interface convention where there’s a circular icon with three dots on it in several of its apps. Tap on the icon and you get a sub-menu with additional features: in Podcasts, for example, you can delete an episode from your libary. In Photos, you can play a movie.

This is the sort of feature that, in the past, was something you’d just hide behind a contextual menu—that’s a right-click or control-click or (if you use a trackpad) a two-finger click. And in some (but not all) of the apps in Catalina, a control-click will reveal the same options as what you’ll find by tapping that circular icon.

I can see the argument that many users do not think to two-finger-click on things, and therefore are missing important features that maybe they’ll be more likely to find if they see a circle with three dots inside it and click on it to see what it has to offer. The counter argument is that not all features need to be front and center because most users won’t use them, and hiding them behind a secondary menu is not much better than hiding them behind an alternate click.

But is Apple really pushing for more discoverability for extra features? One big change in iPadOS 13 is a tap-and-hold gesture that pops up a content preview window with a bunch of contextual sharing options. There’s also a two-finger-tap multiple selection gesture. How do you square adding these new gestures with moving away from control-clicks?

I don’t think even Apple knows the answers to these questions. But I do think it’s exploring them, and the prospect of apps being brought over from iOS to macOS (as well as the advent of new apps being built using SwiftUI) has opened a gigantic can of worms in terms of how these interfaces should look and work.

As the platform owner, Apple does get to drive that process and make those calls. Unfortunately, right now it doesn’t seem to know what it wants. In the meantime, it will be up to third-party app developers to do the best they can to make great Mac apps—and to not blame their tools if they fall short of that standard.