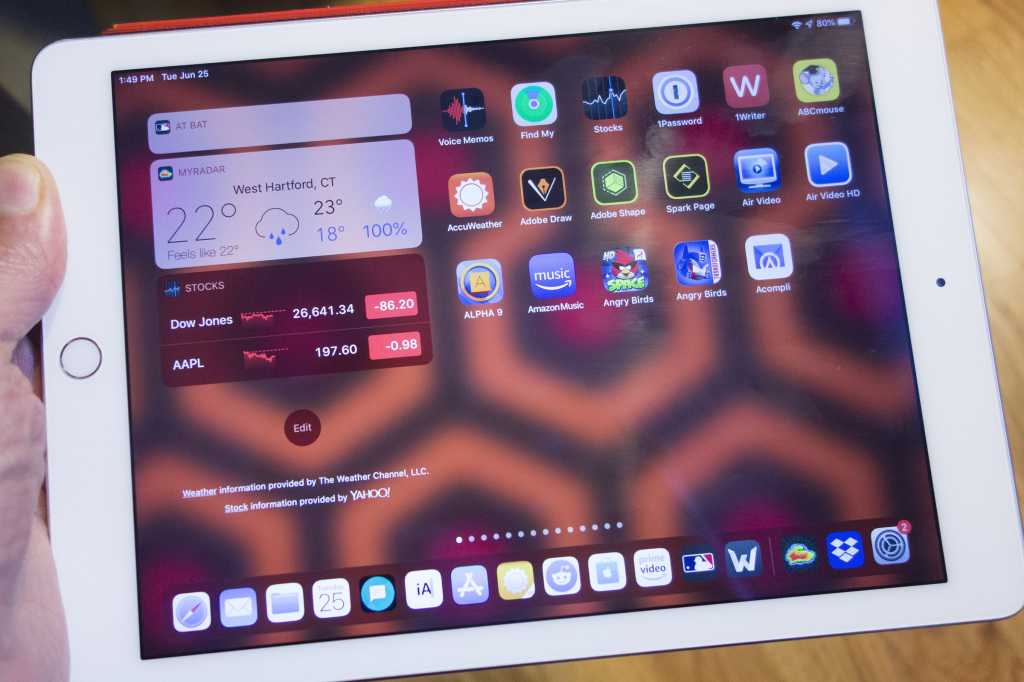 Maybe I’m using it wrong, but when I finally got to install the iPadOS 13 Public Beta on my iPad Air 2, it wasn’t the revelatory tablet experience I was hoping for. It didn’t open my eyes to what the iPad could be or give me any indication that I could use it as my primary computer. Quite frankly, it didn’t feel any less or more like the iPad than was running iOS 12 the day before.

I’m not even really sure why Apple felt the need to change the name. Most likely it’s mainly for marketing purposes—especially since my iPad still informs me that iOS 13 is up to date in the Settings—but a new name generally implies major changes, which iPadOS doesn’t really deliver. Yes, there are more icons on the home screen and a new panel of widgets that brings the Today screen out of its hiding place, but all in all, iPadOS 13 seems more like a capitulation than a revolution.

Basically, Apple gave us what it thought we wanted. It gave in to the mounting pressure to turn the iPad into something that’s less like a giant phone and more like a touch-screen Mac, but it doesn’t actually succeed at either. Instead, iPadOS introduces a new level of complexity without really solving any of the old problems. Basically Apple took the path of least resistance and gave iOS on the iPad a new name rather than a new identity.

An OS by any other name

Instead of a truly revolutionary OS that fills the gap between the iPhone and Mac and offers a new way to work and play, iPadOS is an amalgam of iOS, iPhone X, and the Mac, without a real identity of its own. More than ever, it seems like Apple doesn’t really know what it wants the iPad to be.

While iPadOS 13 definitely ticks off a few items off our iPad wish list, it’s not nearly as satisfying as it should be. The home screen fits way more icons than before—45 on a single screen if you max out the dock—but they still need to be there and you still can’t arrange them in a pattern of your own choosing. We don’t need to open an app or the Notification Center just to check the weather or a sports score, but the widgets on iPadOS are little more than ugly rectangular snapshots. And multitasking is still way too complex for most people to grasp, let alone master.

Despite the new name, the iPad feels as directionless as ever. Is it a “pro” machine or a casual one? When Steve Jobs introduced it back in 2010, it was supposed to fill the gap between the iPhone and the Mac, and offer a better way for things like web browsing, email, video, and games. It was a companion device, not a primary one. That’s obviously changed over the tablet’s evolution, and with iPadOS, Apple is once and for all recognizing that the iPad is more than an iOS device. But at the same time, Apple is also admitting that it doesn’t what that really means.

When Apple introduced the iPhone X, it was more than just a new home button-less design. Apple delivered new gestures, a smarter way to navigate, and next-gen biometric authentication on Face ID, all of which were made possible by iOS 11. The same OS brought thoughtful enhancements to Slide Over and Split Screen, and for the first time it seemed like the iPhone and iPad were splitting into clearly defined categories.

I don’t get that same sense with iPadOS. While features like the floating keyboard and the Apple Pencil’s tool palette are legitimate improvements over iOS 12, none the main features seem like they were designed specifically with the iPad’s form factor in mind. Navigation is still mostly cribbed from the iPhone X, which isn’t always intuitive on the larger screen. Multitasking is still hit-or-miss based on developer support. And the new home screen feels cramped and inelegant.

Where Apple did hit it out of the park is with text editing. I never really had a problem with the previous method, but Apple showed us a better way with simple, intuitive taps and gestures. It takes seconds to learn and minutes to forget the old way, and it clearly takes how you hold and operate the iPad into account. It’s easily the most intuitive iPadOS feature and it drives home the fact that the rest of it just isn’t all it could be.

The future is bright

The emergence of iPadOS does mean one thing, however: Apple is focused on making the iPad into something greater than it is. With Catalyst on the Mac and now iPadOS on the iPad, Apple is admitting that the two devices are closer than ever, but also embracing their distinct differences.

With a new name, Apple is at least giving us hope that the iPad will finally grow into its potential. There are exciting pieces in place that could truly transform the iPad into the device we all want it to be, but a column of widgets and extra icons just doesn’t do it for me. Even overlooking the glaring omission of multiple user support and how the Siri interface still hijacks your entire screen, iPadOS doesn’t live up to its new branding.

For all that’s new in iPadOS, there isn’t anything about it that’s very inventive. Multiple apps in Slide Over is basically a repurposed home indicator to cycle through extremely tall screens, while Files and flash drive support seem more like grease for the squeaky wheel. And while hidden mouse support might be getting lots of attention, it seems like a stop-gap solution. After years of denying users any input method besides touch, Apple built a rudimentary cursor with mouse support into iPadOS. So if you were hoping that Apple was working on a new input mechanism that breaks the iPad free of its shackles, you got a circular cursor.

But you needn’t turn on the AssistiveTouch toggle in the Accessibility settings to see iPadOS’s potential. If only Apple would stop giving us what it thinks we want and start giving us what we don’t even know we need.