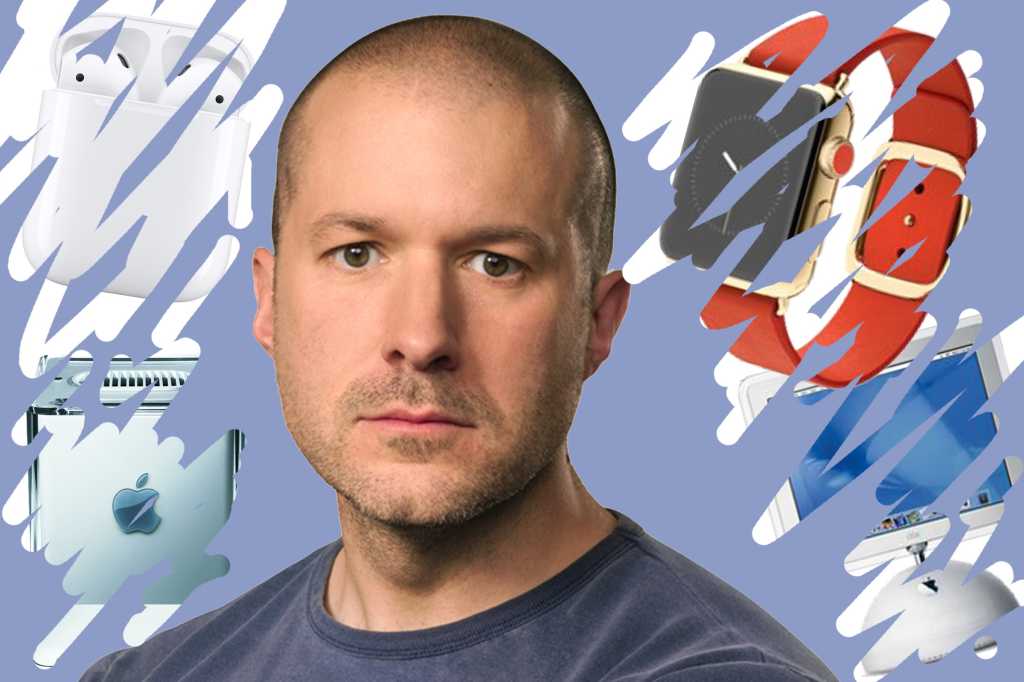 Less than 10 years after Steve Jobs passed away, Apple is faced with another difficult transition. Sir Jony Ive, Apple’s design guru since the days of the Newton MessagePad, announced that he will be leaving the company as an employee to form an independent design company, of which Apple will be a client.

While he’s not leaving altogether, his departure from Apple Park will leave an indelible mark on the company, not unlike the iPhone, iPad, and iMacs he leaves behind. Here are 10 of Jony Ive’s most daring designs.

Back before the Blueberry iBook was a thing, Jony Ive designed a super-portable laptop with a curvy design, translucent case, and clamshell cover called the eMate 3000. Aimed at the education market, it was a short-lived outlier in a sea of boring beige and black cases, but it gave us a peek into the mind of the man who would blow our minds with the iMac just a year later.

To mark Apple’s 20th anniversary, Jony Ive truly let his imagination run wild. A machine that was so expensive it was delivered by tuxedo-wearing couriers, the Twentieth Anniversary Macintosh pushed the boundaries of what people expected from a PC in 1997. It had a vertically-mounted CD ROM, an all-in-one design the hid the motherboard behind the display, and a trackpad with leather palm rests. The height of luxury and extravagance, it proved that Ive wasn’t afraid to challenge conventions or wallets.

The best computer that no one bought, the PowerMac G4 Cube remains an enigma to this day. A beautiful mix of metal and clear polycarbonate that gave the illusion of suspension, the PowerMac G4 Cube was the height of industrial design, right down to the pop-up handle that let you remove the guts from the case. It stands as Apple’s most revolutionary design—and there hasn’t been a desktop that matches it since.

It seems so obvious now, but the iPhone could have gone horribly wrong. It was expensive, tied to a single carrier, and relied on touch rather than the standard stylus. But what made the iPhone so iconic was its design. The chrome sides, the do-it-all home button, the giant screen, the lack of a physical keyboard. The iPhone’s success was due in large part to its design, and no one but Jony Ive could make such a gamble seem so effortless. I mean, it’s the iPhone—what more needs to be said?

Apple faced a monumental task with the follow-up to the iconic iMac G3, and boy did Jony Ive deliver. A floating screen attached to a chrome arm and a dome base, the iMac G4 was truly a jaw-dropping, show-stopping, drop-dead gorgeous marvel. Apple’s iMacs since have been more powerful and less daring, but I still miss the whimsy of the iMac G4, even if it didn’t have anywhere near the processing power of the iMac Pro.

The original white iPod was a remarkable feat with its 5GB hard drive and brilliant click wheel, but what really made it a hit was the pair of white earbuds that came in the box. It led to the iconic silhouette ads and it’s the only vestige of the iPod that remains to this day. Even though the cord is gone, Apple’s wireless white earbuds are just as iconic as they were back in 2001.

At a time when the iPhone was firing on all cylinders, Apple unveiled the biggest change of all, and it wasn’t the iPhone 5c. It was iOS 7. A bold reimagining of the look, feel and overall direction of the iPhone, what was most surprising about iOS 7 wasn’t the flat design or bright icons, it was the designer behind it all.

Jony Ive’s first foray into interface design, iOS 7 forever changed the iPhone and paved the way for everything that followed, up to and including the iPhone X and its notch. Radical, revolutionary, and just a little controversial, iOS 7 was a giant leap forward for Apple mobile strategy, an OS so far ahead of its time the iPhone is still growing into it.

Apple’s mice have always been instantly recognizable, and not always in a good way. Two of Jony Ive’s designs will forever be remembered for their follies. The iMac G3’s circular puck mouse was certainly a departure from the usual two-button PC design, but it looked way cooler than it worked. And today’s Magic Mouse 2 is another miss, mainly for how it charges. To plug in the charging cable, you need to flip the mouse on its head, because the Lightning port is on the bottom. That’s just cruel, Jony.

The first truly new device unveiled in the post-Steve Jobs era, the Apple Watch was one of the most anticipated products Apple ever released. But Jony Ive wasn’t satisfied with a gorgeous square design and a stunning Digital Crown. He wanted to make a version of the Apple Watch that would turn heads and break budgets, and it came in the form of the $10,000 18-karat solid-gold Apple Watch Edition. And it worked. Pop-up boutiques, blinged-out celebrities, and appointment-only try-ons made the Apple Watch Edition a testament to extravagance, and made the $399 Apple Watch Sport seem cheap by comparison.

The iPhone, iPad, and Apple Watch will all be but mere memories one day, but Jony Ive’s lasting legacy will live on in Cupertino for generations to come. As much of a work of art as it is a place to work, Apple Park may be a monument to Steve Jobs, but it’s also a testament to Ive’s genius, and one that will outlast every product he ever designed.