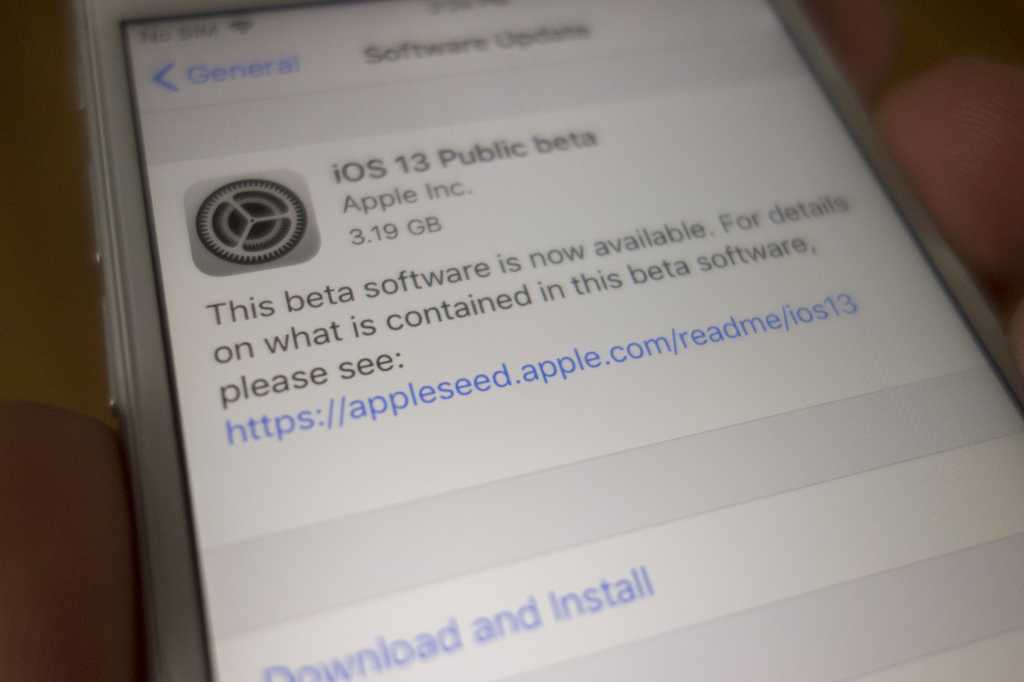 The iOS 13 public beta is out now, and it look like a smorgasbord of all the things we ever wanted. Dark Mode! Siri support for music apps! Better video editing! Overhauled Maps! A swiping keyboard! Smaller downloads!

It’s really tempting to pop over to beta.apple.com and jump on the beta bandwagon. (For more on how to install the beta, and how to uninstall it, read our guide.)

But you might want to pump the breaks a bit. Running beta software has sometimes serious consequences, and not all the wonderful features of iOS 13 are even available yet in the beta. To help you decide if you should participate in the iOS 13 or iPadOS 13 public beta, we prepared this short guide.

No matter who you are, there are three core principles for running any beta operating system, and they certainly hold true for iOS 13 as well.

Who should run the iOS 13 beta

If you honestly need to test software, you should absolutely run the iOS 13 beta, and sooner is better than later.

Perhaps you work in an IT department where you know your users will be running iOS 13 this fall, and you need to make sure the apps and authentication procedures that employees rely on will not be broken by the new release.

If the work you do relies on an iPhone or iPad as part of your everyday process, you should try to run the beta on a secondary device to make sure that your day-to-day work won’t come to a grinding halt when when iOS 13 is released this fall, and to help point report bugs in the apps you use so they’re fixed in time for the non-beta release.

If you’re a power user with a high tolerance for glitches and annoyances, and you have everything important backed up and easy to recover, go ahead and run the iOS 13 beta. The more users who try it out and provide feedback, the fewer problems we’ll all see in the final release.

Who should not run the iOS 13 beta

If you need your device to be reliable for day-to-day use, don’t run the iOS 13 beta on it. For example, if your iPhone stops working your kids can’t reach you, but you also have an iPad that’s just for fun. You can probably run the beta on your iPad (have everything backed up!), but shouldn’t run it on your iPhone.

If your device has sensitive data that is not easily backed up or recoverable, definitely do not run an iOS beta on it, even if you have a backup device you can use in a pinch.

If performance and battery life are very important to you, you might want to skip iOS betas—at least for the first couple months. While iOS 13 promises better performance than iOS 12, the beta (especially early on) is likely to be slower in some key areas. And iOS betas are notorious for poor battery life, especially in the early stages.

We should point out that some of the exciting parts of iOS 13 aren’t available yet, and won’t be until the fall. Apple Arcade has its own tab in the App Store, but it’s just a “coming soon” page right now. Those smaller app downloads and faster launch times won’t appear until developers get to publish apps to the App Store targeting iOS 13—which happens right when the official release drops in the fall. Siri support for music apps like Spotify will require app updates. Keep these things in mind when weighing the new features against potential problems.

The current state of the beta

Even if you’re interested in running the iOS 13 beta and you have backups galore and secondary devices to fall back on, you might want not want to run one of the earliest beta releases.

Historically, the first few releases of a major iOS update are, in a word, rough. Obvious bugs and missing features abound, battery life and performance are inconsistent, and crashes are common.

So far, iOS 13 beta 3 has been released to developers (and then updated), and beta 2 has been released to public testers. The beta 3 release fixes some obvious issues, but plenty yet remain. If you run the current release, you’re really living on the edge and can expect to do a lot of bug reporting.

It will probably take a few more releases before the iOS 13 beta is in a state where everyday enthusiasts can run it without multiple daily annoyances.