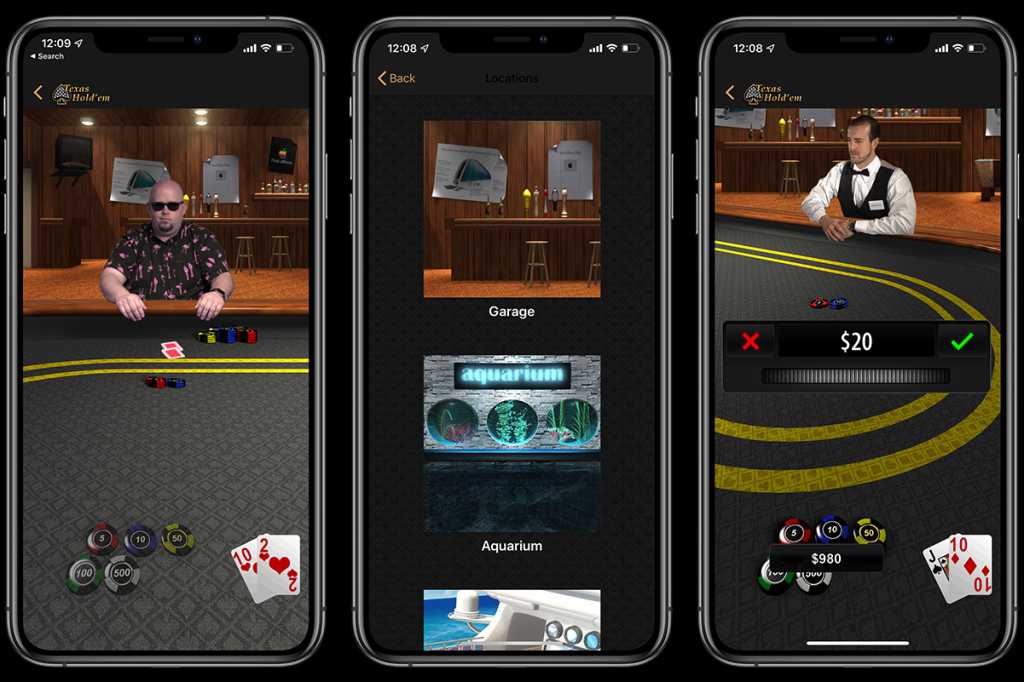 It’s been a year of big software-related surprises in the Appleverse, and today we’ve got another one for you: Apple’s own Texas Hold’em card game has finally made its way back to the iOS App Store after an eight-year absence. For that matter, we’ve got another surprise—this “simple” card game weighs in at 1.5GB. Yikes. When we originally reviewed it in 2008, we warned you about the “huge 128MB download size.”

Apple restored the game to the App Store using the same listing, so it’s kind of funny to see reviews that were written 10 years ago, as though the game had vanished and reappeared thanks to a Thanos-style snap. Texas Hold’em looks about the same, but sports improved graphics—which probably have a lot to do with the massive file size—and you can play at 10 locations ranging from Vegas to a “garage” with posters for the iMac G3 hanging from the wall.

It’s so similar to the original game, in fact, that our original review from 11 years ago largely holds up. The differences include new characters to play against as well as “more challenging gameplay,” which presumably refers to improvements to the A.I. As before, the new version supports both single-player and multiplayer play.

And another thing changed: the price. You can lose a lot of fake money in Texas Hold’em if you play as poorly as I do, but since the app itself is free and has no in-app purchases, you won’t have to worry about it draining your real-world bank account. (It originally sold for $4.99.) That makes for a welcome departure from many of the other “free” poker-style card games on the App Store.

The news of Texas Hold’em’s return drops during a year in which we’ve seen Apple play more nicely with games than it has in years. Earlier this year, Apple released its “second” game ever in the form of a Paperboy-styled tribute to investor Warren Buffet, and fall will bring the release of Apple Arcade, Apple’s subscription-based gaming service.