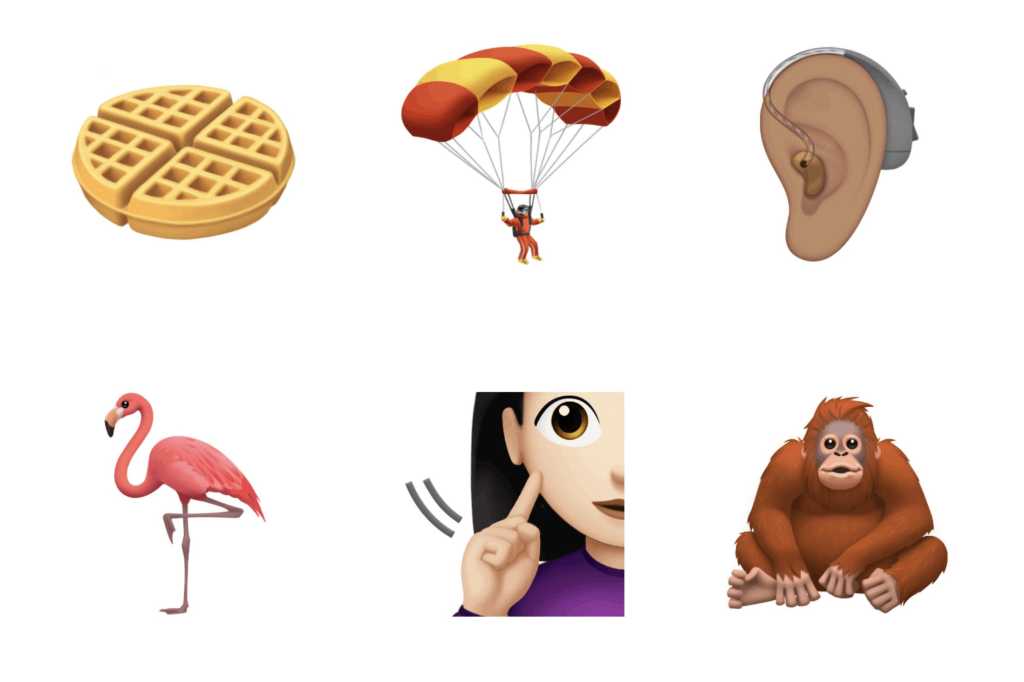 Last year, Apple celebrated World Emoji Day (July 17) by giving us a preview of some of the emojis coming to iOS 12 and macOS Mojave in the fall of 2018. This year, Apple’s doing it again.

In February, the Unicode Consortium finalized the Emoji 12.0 list, approving 59 new emojis to be included in our operating systems this fall. Those 59 new emojis include over 170 variants of gender and skin tone to better represent the diversity of people and couples on the planet.

Apple, one of the Unicode Consortium voting members, suggested quite a few new emoji meant to better represent variations in accessibility: guide dogs, prosthetic limbs, wheelchairs, hearing aids, and so on. Many of them are included in the latest version of the standard.

Apple’s preview only shows some of these new emoji, but all 59 (with all 171 gender and skin tone variants) are coming to our devices in iOS 13 and macOS Catalina this fall.