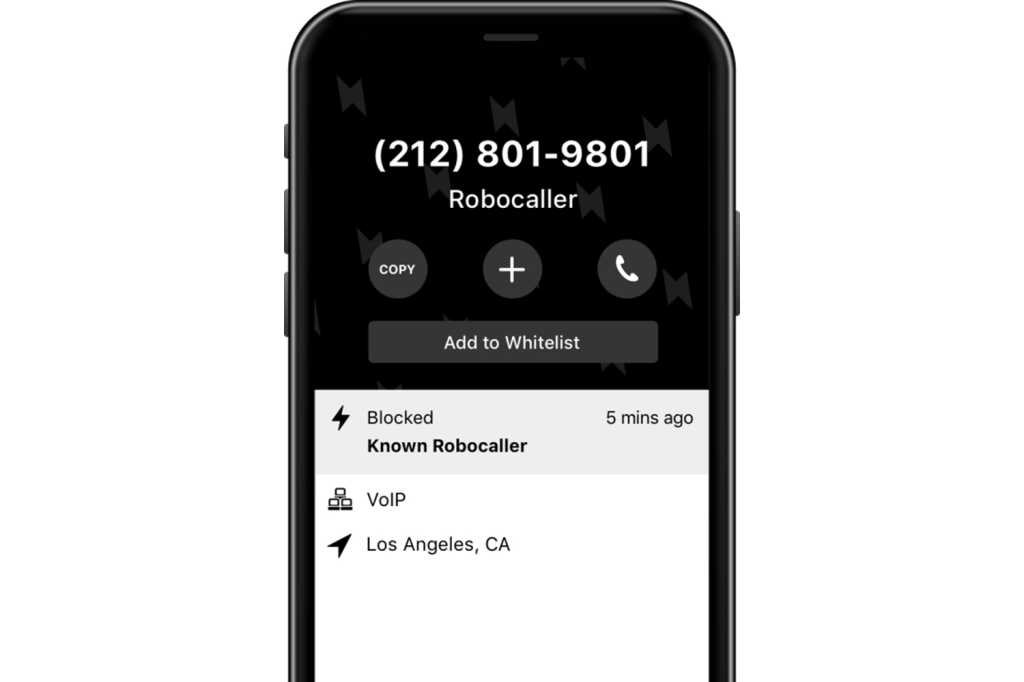 From the makers of the Burner app, Firewall blocks robocalls, spam calls, and telemarketers from ringing through to your iPhone using voicemail transcription and a whitelist created from device contacts.

According to The New York Times, upwards of 48 billion Americans were hounded by robocalls in 2018, an increase of 56.8 percent over the previous year. That averages out to roughly 150 scam, telemarketing, and unwanted calls annually for every adult with a phone—a number expected to balloon higher in the future.

That’s precisely why a cottage industry flourishes on the App Store, supplying tools to combat this menace. Unfortunately, most call blocker solutions rely on outdated, ineffective blacklists, or worse yet, require users to do the heavy lifting by reporting rogue numbers as they pop up. A new app called Firewall takes the opposite approach: Whitelisting everyone you know and sending the rest to limbo.

While that may sound like dropping a nuke on your backyard to get rid of a few pesky bugs, Firewall did a remarkable job of eliminating nuisance calls on my iPhone X. In recent months I’ve received a handful of daily intrusions, but after installing Firewall, they were entirely eliminated.

The app accomplishes this feat by forwarding incoming cellular (but not FaceTime) calls to the company’s servers, where unknown numbers are vetted against multiple known spam databases. Anything that survives this first line of defense is then matched against a whitelist of your device contacts, with everyone else going to built-in voicemail.

When active, Firewall emulates the look and feel of a traditional iPhone in-call experience. The app bypasses carrier-based voicemail, transcribing recorded audio with a far higher degree of accuracy than iOS or Google Voice—so good in fact, that you can understand every voicemail just by reading, rather than listening. Should a blocked caller turn out to be someone you know using a different number, they can be added to the whitelist in a couple taps.

Remarkable as Firewall is snuffing out solicitors, there are a few limitations worth noting. For starters, the app currently only works in the U.S. with AT&T, Sprint, T-Mobile, and Verizon. Intercepted calls are redirected to your iPhone using VoIP, which consumes cellular or Wi-Fi data rather than plan minutes.

You can get around this by tapping the on-screen “switch to cell” option, which reroutes the call-in progress to the cellular network. It’s a little clunky but comes in handy while on unreliable wireless connections.

Also, you can customize what’s spoken during voicemail greetings for whitelisted and blocked calls, but there’s no way to record outgoing messages in your own voice.

Although contacts remain on your device at all times, the idea of forwarding incoming calls may give some users pause. For me, the satisfaction of purging robocalls was ultimately worth it. Firewall did miss a call from one of my contacts, but infrequent outages are routed to voicemail, with a push notification reminder to check recent calls.

Firewall is Kryptonite for unwanted calls and easily worth the modestly-priced monthly subscription for a little peace and quiet, assuming you don’t mind entrusting incoming calls to a third-party app.