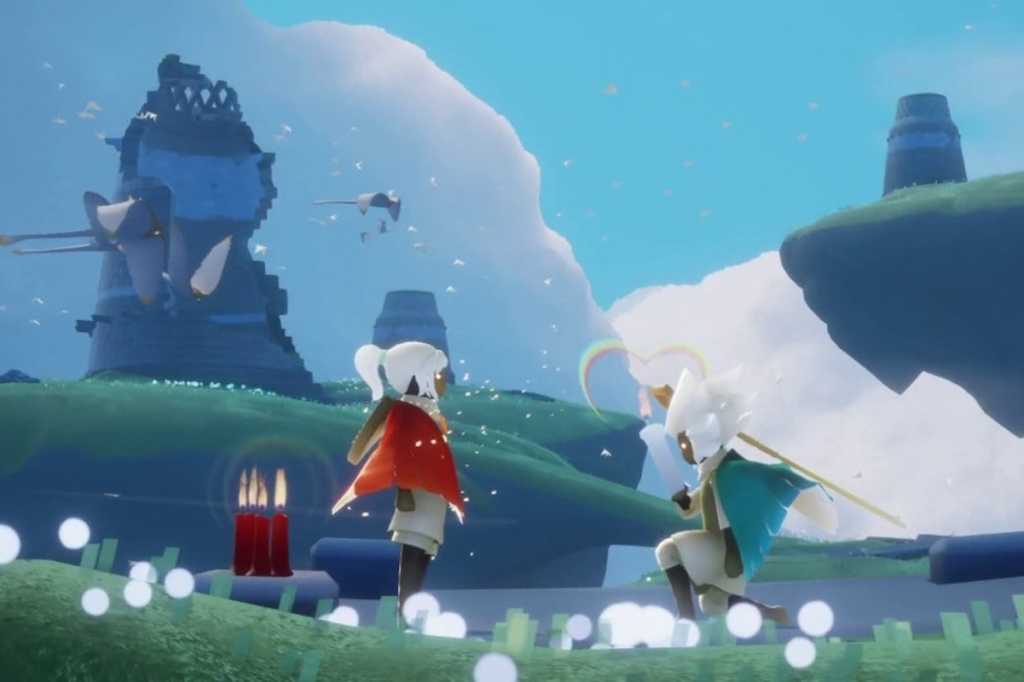 We’ve been waiting for a long time for Thatgamecompany’s Sky: Children of the Light, as Apple first revealed it in order to show off the power of the Apple TV 4K way back in 2017. We even had to suffer another delay earlier this month.

It’s finally out, but not for the Apple TV oddly, enough: You can only take to Sky on the iPhone, iPad, or iPod touch. I’m looking forward to jumping in, and I’ll have a review ready in the next couple of days.

The whimsically named Thatgamecompany is the studio behind the short but lovely 2012 PlayStation 3 game Journey, which even netted composer Austin Wintory a Grammy nomination for its soundtrack (a rarity for games).

Sky is about the adventures of the so-called children of the light as they round up spirits and put them back among the constellations where they belong. Much of the gameplay involves sliding across gorgeous landscapes and solving lightweight puzzles, but it also thrives on working with other players to unlock challenges. You invite friends or play with random people, but as in Journey, the multiplayer element is elegantly understated.

Its freemium payment model is also understated according to early reports, although I’ll need to test that out myself. Much like Journey, Sky is also relatively short, but the experience reportedly lends itself to more replays than Thatgamecompany’s previous game.

If you’re an admirer of beautiful, artistic indie games on iOS—and you might know that I am—Sky looks like a game worth checking out.