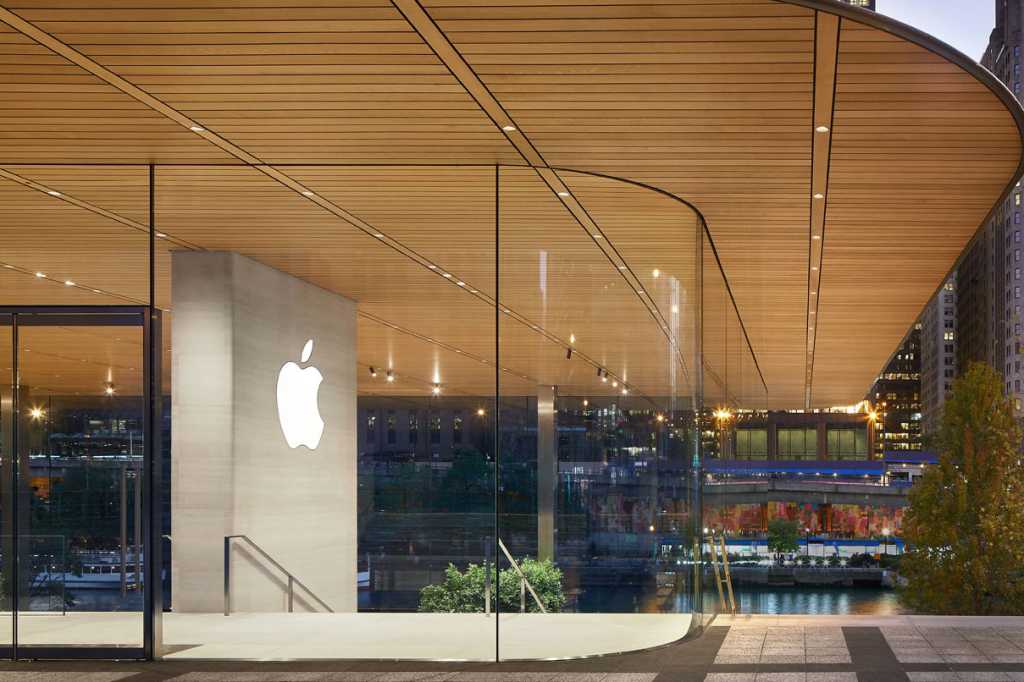 Apple’s latest quarterly results are in, and they’re exactly what you’d expect: the portrait of a company that’s massively profitable and successful, but whose main product is lagging behind while new product lines are growing just fast enough to make up the difference. I guess we yawn at $53.8 billion in revenue these days—that’s a record for Apple’s sleepy third fiscal quarter, but up only one percent over last year’s record third quarter.

As always, the devil’s in the details—and fortunately for us, Apple CEO Tim Cook and CFO Luca Maestri spend an hour on the phone once a quarter to provide a few little details—or as they like to say on these calls, “more color”—that can help us understand the current state of Apple’s business, or at least how Apple execs want to characterize that business.

If there’s a single number to walk away with from this quarter’s results, it’s that the iPhone represented less than half of Apple’s overall revenue for the first time in seven years. The rest of Apple’s business is booming—revenue for the quarter was up 17 percent if you don’t include the iPhone, which is not something you should really do.

Apple’s executives would like you to notice that this quarter iPhone sales were only down 12 percent versus the year-ago quarter, as opposed to last quarter’s 17 percent drop. So iPhone sales are down, but less down than they were? It’s not the strongest story.

The truth is, the iPhone is now looking like a cyclical business, where sales shoot through the roof when there’s a major change in design, and then sales just glide downward until three years later when there’s another major change. Now, keep in mind that Apple still generated 26 billion dollars in iPhone revenue—even with sales sliding, the iPhone is an enormous, profitable business. But it’s such a huge part of Apple’s business that it dominates how the company is evaluated. And barring a massive change in iPhone design this year or next, this is likely to be the way things are for the foreseeable future.

The rise of the rest

For the past few years, Apple has been talking to everyone who would listen about the totally amazing growth rate of its nascent Services category. And so it’s worth talking about the fastest growing part of Apple’s business… Wearables?

Yes, it’s true. While Services is still growing rapidly—it was up 13 percent over last year’s quarter—it’s not the fastest mover in Apple’s portfolio. That’s the category formerly known as Other, and recently relabeled as Wearable/Home/Accessories. The home of Apple Watch and AirPods has seen 10 straight quarters of double-digit percentage growth. After seven straight quarters with growth percentages in the 30s, the category revenue shot up 48 percent this quarter.

Apple says that the wearables portion of the business was actually up “well over 50 percent”, and that Apple TV (also in the category) also saw double-digit growth. Wearables/Home/Accessories represented 10 percent of Apple’s overall business, making it larger than the iPad and almost as large as the Mac.

Cook couldn’t resist crowing a little bit about how successful wearables has been for Apple, when many companies tried to take on Apple and the Apple Watch in particular. “We stuck with [wearables] when others perhaps didn’t… and are are in a very good position today to keep playing out what’s next there,” he said.

Meanwhile, yes, Services has become an enormous business for Apple, counting for 21 percent of total revenue. Apple didn’t produce any data about how its newest service, Apple News+, is faring so far, which isn’t surprising but also suggests that they couldn’t figure out any number to disclose that would make them look good.

Apple CFO Luca Maestri did warn analysts that it may take some time to grow revenue from its new subscription businesses, which include the forthcoming Apple Card, Apple Arcade, and Apple TV+ services. “Keep in mind for all these services, there’s a trial period up front, there’s going to be different trial periods, we’ll see what they look like. So the road to monetization takes some time,” he said.

Apple said that its total number of paid subscriptions is now more than 420 million, which includes Apple’s services as well as subscriptions fulfilled via the App Store. Third-party app subscription revenue grew 40 percent during the quarter.

If you haven’t heard, there’s a lot of friction between the U.S. and China regarding trade, and Apple was mentioned specifically by President Trump last week that suggested he wasn’t looking too kindly at Apple’s building so many of its devices in China.

When asked about it during the analyst call, the ever-careful Cook didn’t take the bait. “I know there’s been a lot of speculation around the topic… I wouldn’t put a lot of stock into those, if I were you,” he said. Cook made it clear that he is a true believer in the global supply chain. “The vast majority of our products are kind of made everywhere…. Largely, I think that will carry the day in the future as well.”

However, despite reports that Apple plans on making the new Mac Pro in China, Cook said that Apple “wants to continue” making the Mac Pro in America. “We’re working and investing currently in capacity to do so, because we want to continue to be here,” he said.

It’s a fascinating line that Cook has to walk, because Apple is both an American company with lots of operations and an international company with a global supply chain. How to thread the needle so that he gets the President trumpeting all of Apple’s American jobs and investments in new campuses in the U.S., while also getting the concessions he needs to continue assembling products in other parts of the world?

It’s a tricky situation, as Cook’s careful language shows. Cook showing confidence in the global supply chain while also dangling the possibility of assembling Mac Pros in the U.S. is quite a move. We’ll see what happens next.

Tim Cook likes to tease us

One final thought about Cook: He knows very well that everyone, from the most highfalutin Wall Street analyst to your everyday person in the street, wants to know what Apple is doing next. Try to ask Cook a question about a future product and he’ll bat you down. An analyst wanted to ask about the future of the iPhone in a 5G world and Cook immediately broke out a “we don’t comment on future products” before saying that we’re currently in “the extremely early innings” of the 5G transition.

Sometimes Cook can have fun with it, though. At the very end of the prepared statement that started Tuesday’s call, Cook—who said he was suffering from an allergy and was coughing and clearing his throat throughout the call—all of a sudden spoke with a rush of friendly energy.

“And without giving too much away, we have several new products that we can’t wait to share with you. Until then, thanks for joining us today,” he said.