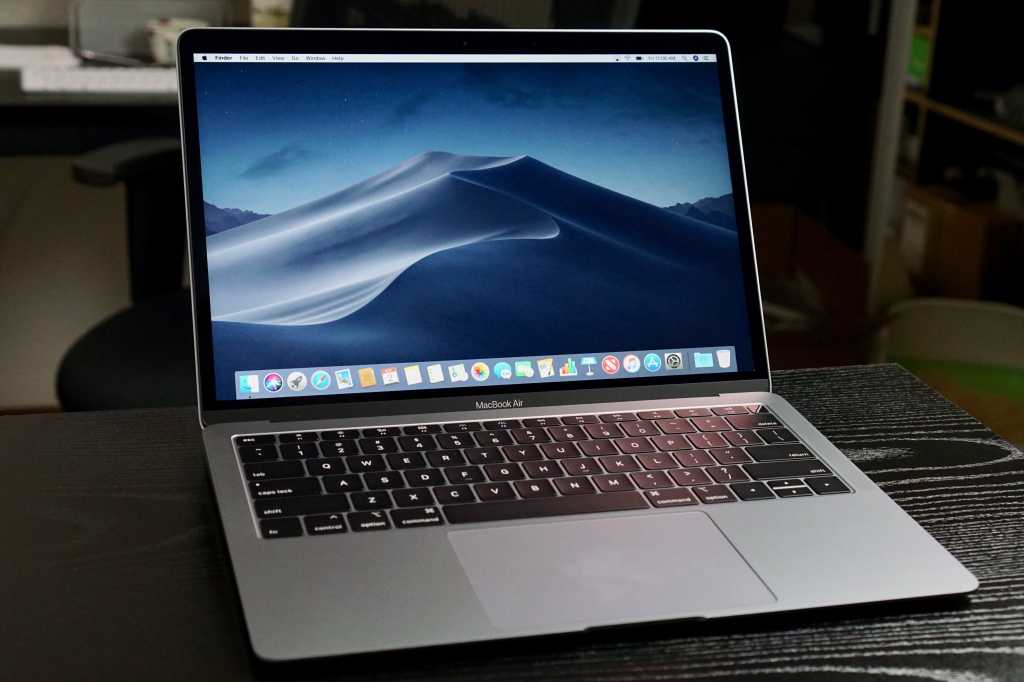 If you’re a fan of the modern incarnation of the pleasantly portable MacBook Air, you should head over to B&H Photo today and check out the gold 2018 256GB modelRemove non-product link that’s on sale for $1,049.99. That’s $250 down from the $1,299 it sold for at launch and the lowest price I know of.

Apple released an updated model for 2019, but the specs aren’t considerably different. Speaking of specs, here’s what you can expect:

Apple made a big deal about how it brought back “everyone’s favorite MacBook” when it introduced this model, while totally missing the fact that people loved the MacBook Air because of its comfortable scissor-switch keyboard, the glowing Mac logo, and its comparative wealth of ports. This model has little of that, but it’s not bad, either.

The keyboard is of the modern butterfly variety, but it’s protected by as membrane that makes it quieter to type on (and less prone to getting crumbs underneath). It doesn’t have a Touch Bar—which I consider a good thing—but it does have a little sensor for Touch ID in the upper right, which is helpful for logging into websites quickly.

You can read more about it in our review from last year, which still holds up. As we said at the time:

“If you’re familiar with the 12-inch MacBook, using the new MacBook Air makes it immediately obvious that this is a slightly updated and scaled-up version of that model, with the “Air” name attached. If you’ve been waiting for years for Apple to finally re-imagine the MacBook Air in a way that will once again revolutionize the thin-and-light laptop market, you’re going to be disappointed to find that it has only been brought up to the standards of other modern Mac laptops, with all the good and bad that goes with that.”