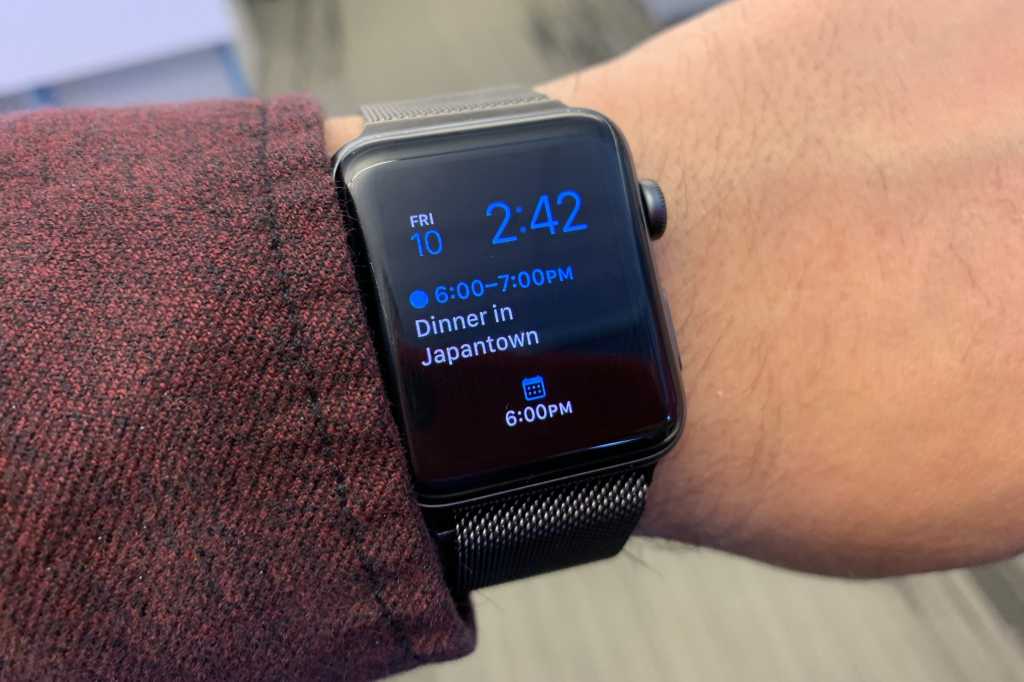 By the time watchOS 6 drops later this year, only the slimmest of threads will keep the Apple Watch tethered to the iPhone. The watch itself will soon have its own App Store. It’ll have more useful built-in apps, such as a calculator and voice memos, and long ago, the cellular models eliminated the need to rely on the iPhone for internet connection. It’s already so close to being a standalone device, so I say it’s time for Apple to snip the last thread and open it to buyers who don’t have an iPhone.

The Apple Watch is already a hit with its current design, but a standalone Apple Watch may turn into a cultural phenomenon of the likes that Apple hasn’t seen in years now. Even handcuffed to the iPhone, the Apple Watch is already the undisputed leader of the smartwatch world, to the point that earlier this week research firm Strategy Analytics (via The Street) released a report claiming that Apple now commands 46 percent of the market. Samsung comes in second place at a measly 13 percent, while Fitbit commands a mere 10 percent.

With the rest of the smartwatch market so weak, making the Apple Watch a standalone device would be tantamount to going in for the kill. Nor would venturing outside Apple’s garden in such a way be without precedent, as Apple followed a similar path in 2003 when it released a Windows version of iTunes. That was enough to transform the iPod into the generation-defining device it became and put the Cupertino company squarely on the road toward its current success. It’s worth noting that nothing really killed the iPod—its technology simply got rolled into other, more convenient devices. For now, at least, there’s nothing on the horizon that looks like it could replace the smartwatch. Heck, I think we were all surprised that watches made a comeback in the first place.

The timing couldn’t be better, as Apple’s hardware is currently in a humdrum spot. The HomePod is failing to make a dent in the smart speaker market. The Mac is merely stable. Competing smartphones have improved enough that there are now legitimate arguments for claiming that this or that phone has a better camera or niftier features than the iPhone. The iPhone is still strong, but it’s lost a lot of its mojo.

But not the Apple Watch. (Nor the iPad—which, notably, is used as a standalone device by many families and schools.) With every month, with every release, the reception seems to get only better. Apple may have had a hard time marketing the Apple Watch as a luxury accessory, but it’s done a bang-up job of playing up how it can save lives.

And it could potentially save even more lives if the Apple Watch were on the wrists of more people. An “open” Apple Watch would make it more appealing as a health-monitoring device, particularly among older folks who may be enticed by the watch’s feel-good stories but shudder at the idea of slapping down around $1,000 for a new iPhone to go with it.

Freeing the Apple Watch from the iPhone would allow various Apple Watch-related programs at insurance companies to claim a wider reach, such as the one at UnitedHealthcare that lets policyholders earn an Apple Watch for “free” if they consistently reach their exercise goals. Aetna announced a similar plan earlier this year. And the more devices that get on people’s wrists as part of programs like this, the more people in Apple’s ecosystem.

On a more speculative note, making the iPhone a standalone device may lead more third-party developers to start making apps for the watch. Third-party Apple Watch development has slipped off a bit as of late, in part because whatever you find on the Apple Watch usually pales in comparison to its parent app on the iPhone. Watch-based apps would suddenly be more important, though, as the watch is the only way a significant number of users can interact with them. That might lead to better app design, more updates, and more use on the consumer end. For some users, and with recent advances in Apple’s technology, an Apple Watch may be more useful than a smartphone.

There are some practical reasons why Apple can’t just flip a switch later this year and let other phone owners in on the fun. For one, “typing” on the Apple Watch remains tedious, and it’s bad enough when you’re navigating the new built-in App Store. I don’t even want to think about my mom attempting to set up a new Apple ID on the Apple Watch itself. Apple will first have to figure out how to make the onboarding process more palatable without a phone.

On that note, I don’t think Apple will go the iPod route and release an Android companion app (although, notably, there’s an Apple ID-tied Apple Music app). If the Apple Watch ever shed its need to be paired with the iPhone, Apple would probably make it a truly standalone device. Apple would likely see the ability to beam data to other apps and to see the core Health app as one of the reasons to make a full jump to the iPhone. Apple would likely keep “untethered” Apple Watch limited to the GPS and cellular models, and I’m okay with that.

Regardless of how Apple handles it, though, I believe such a step is important if Apple wants to maintain the Apple Watch’s momentum. It currently doesn’t show any signs of slowing down, but eventually Apple will reach market saturation within its own market.

“Opening” the Apple Watch could allow Apple to grab an even larger share of the market, make it easier for friends with different phones to engage in Activity competitions, and even serve as a reminder that Apple is still the undisputed leader in some of its product categories.