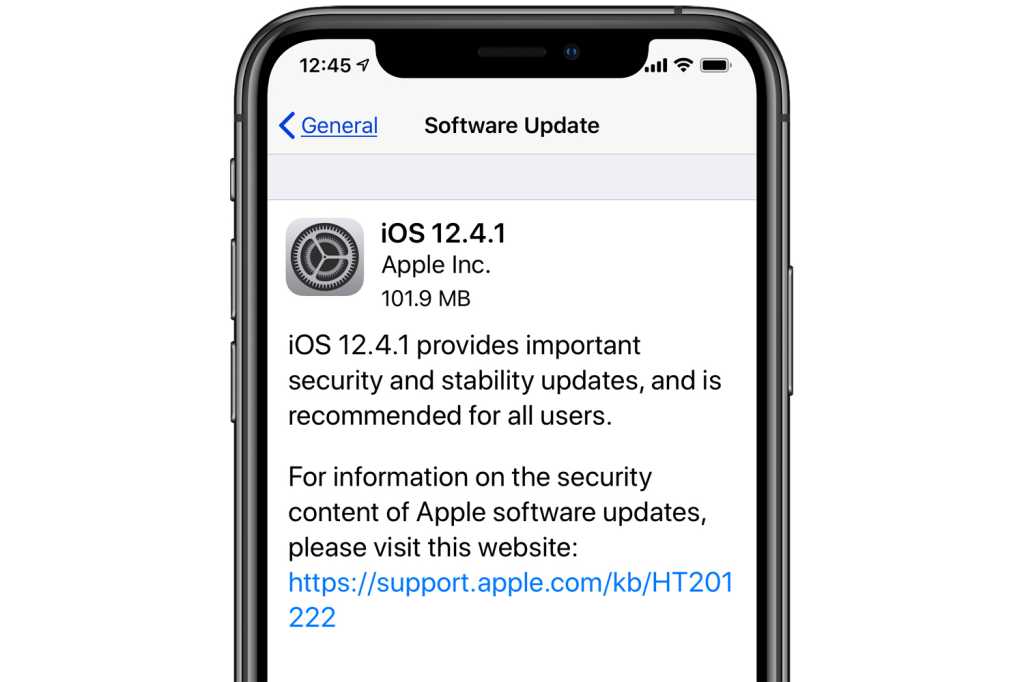 Apple on Monday released iOS 12.4.1, an update to the operating system for the iPhone, iPad, and iPod touch. The notes with the update don’t say much, only that the update “provides important security and stability updates.”

You can find more detail about the update in an Apple support document. The update patches a vulnerability that allowed jailbreaking of an iOS device. This vulnerability was actually patched in an older version of iOS 12, but it was reopened recently.

Before installing the update, it’s a good idea to back up your device.