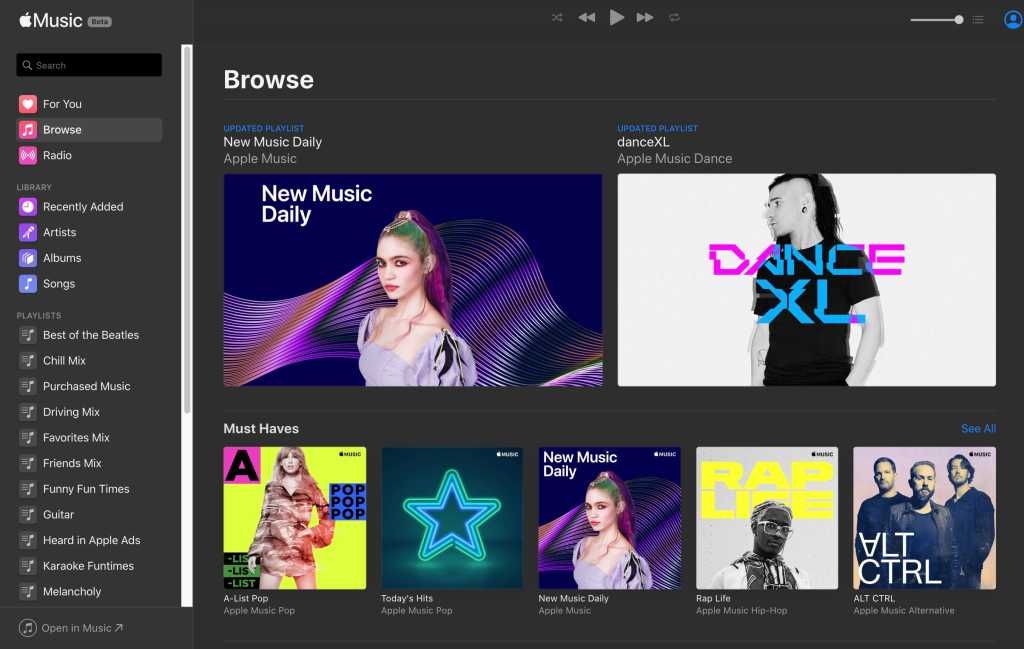 One of Apple Music’s most obvious missing features has been the inability of subscribers to listen to your library, playlists, or radio selections without using the iOS app, Android app, or iTunes (soon to be Apple Music in macOS Catalina). Without a web-based experience, it was harder to play your tunes from computers or mobile devices you don’t own and sharing on social media felt limited.

It was such an obvious missing feature that a recent unofficial web player attracted a couple hundred thousand users.

Now Apple’s closing the gap between Apple Music and its competitors with an all-new web experience. At beta.music.apple.com, current Apple Music subscribers can log in and use most of the services core features. You can access all your playlists, radio stations, albums, and songs, and search the entire catalog. The site is accessible from most modern web browsers on Windows, Mac, and Linux.

Currently, you still can’t sign up for Apple Music on the web—you have to use the app or iTunes. But TechCrunch reports that you’ll be able to sign up on the web at a later date, and other features will roll out over time, too.