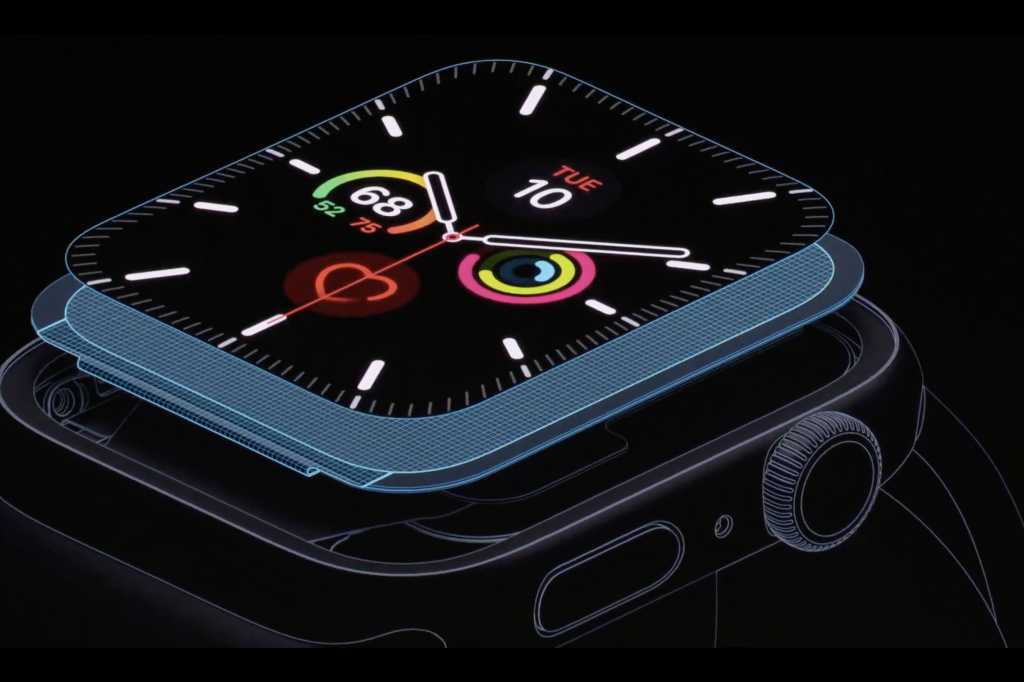 Last year’s Apple Watch Series 4 was perhaps the first major revision for Apple’s marquee wearable. Apple changed the size and shape of the watch (while keeping band compatibility), upgraded all the sensors, and of course made the watch a lot faster. All that, plus it was the first smartwatch with a built-in ECG.

So it’s no surprise that Apple Watch Series 5 (which has the same starting price of $399Remove non-product link ) is a much more iterative upgrade, akin to the leap from Series 2 to Series 3.

That doesn’t mean there’s nothing in the new watch to get excited about. Here are five of the most important new things to know about Apple Watch Series 5.

It’s got an always-on display

Finally, Apple’s smartwatch features a display that stays lit at all times. Thanks to a new LTPO display (Low-Temperature Polycrystalline Oxide), a new light sensor, and new display driver, the watch face no longer goes black when you put your wrist down. Instead, it simply becomes dimmer.

The iPhone has had a digital compass for a long time, and it’s finally coming to Apple Watch. There’s a new Compass app and compass complications for watch faces, and you can see the direction you’re facing in Maps.

Developers will be able to tie into the compass as well, which is great for outdoor activities like hiking.

You can call emergency services anywhere

On cellular-enabled versions of the Apple Watch Series 5, the SOS function can call emergency services internationally. In almost any country you’re in, your watch will call the proper first responders when you have a bad accident.

There are more finishes than ever

Apple promises more case finishes than ever before for the Series 5. Specifically…

Apple made note that the Series 3 will continue to be sold at a price starting at $199. The fact that Series 4 was not mentioned probably means that it will no longer be offered after the existing stock has sold out.