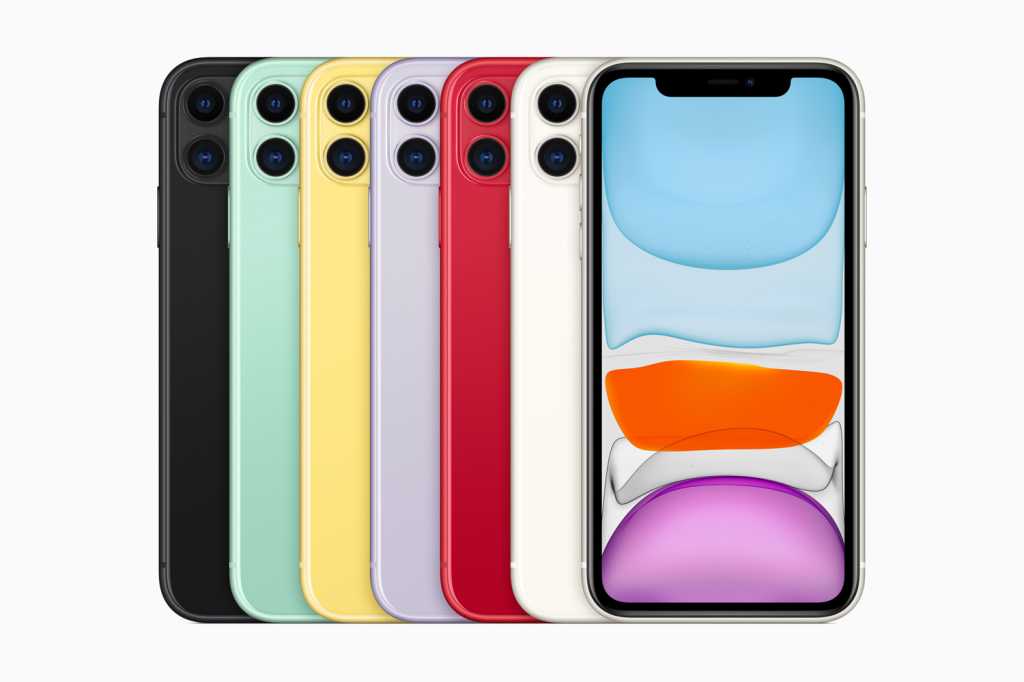 At its “By Innovation Only” event on Tuesday, Apple revealed its newest entry-level iPhone—though you can’t necessarily tell it’s entry-level from its name. The iPhone 11 starts at $699, which is $50 less than the introductory price for the phone it replaces, the iPhone XR. It’s also significantly cheaper than the new chart-topping iPhone 11 Pro. Here are five standout features of the new baseline phone.

Apple upgraded the camera to a 12-megapixel dual-lens setup that replaces the single-lens camera that was on the iPhone XR. The setup includes a 26mm, 6-element, f1.8 wide camera with optical image stabilization and 100 percent Focus Pixels, and a 13mm, 5-element f2.4 ultra-wide camera with a 120-degree field of view.

The camera includes a new night mode that triggers automatically, and dramatically brightens images shot in dark environments. Apple says that in this mode, multiple images with optical image stabilization are taken, and then those images are used to fix motion blur, adjust contrast, correct the color, and adjusts the image noise to produce an ideal photo. Android cameras have made a lot of progress in this area, and a new night mode has been a much-anticipated feature for Apple.

To support the new dual camera setup, Apple redesigned the user interface for the Camera app. When looking through the wide camera, the new immersive interface displays the ultra-wide scene in the background of the camera interface, so you can get an idea of what the shot will look like in ultra-wide.

The iPhone 11 can use both rear cameras to record 4K video at 60 frames per second. The ultra wide lens lets you see more scenery—up to four times more. Another cool feature: when you zoom into your subject, the audio can zoom in, too.

There’s also a new UI element called Quick Take. If you’re in Photo mode and you decide that you want to shoot a video instead, all you have to do is tap and hold the shutter button and the iPhone will switch to video recording. iOS 13 also features new video editing tools to make it easier to edit on the iPhone.

The front camera can shoot 12-megapixel photos, and it also has a wider lens. If you use the front camera in landscape mode, you can use the new slow-motion support to take slow-motion selfies, or what Apple calls “slofies.” The slow motion capture uses 4K video either 60 or 120 fps.

The A13 Bionic is an upgrade from the A12 Bionic in the iPhone XR. Apple calls it the fastest CPU and GPU in a smartphone, and they say that it’s 20 percent faster than its predecessor. Apple also says the A13 Bionic, “is built for machine learning,” sporting a faster Neural Engine Machine Learning Accelerators “that allow the CPU to deliver more than 1 trillion operations per second.”

All glass design in six colors

The iPhone 11 features an all-glass body and a 6.1-inch liquid retina display. It has an  IP68 rating for water resistance up to 2 meters for up to 30 minutes. It’s available in six colors: black, green, Product(Red), purple, white, and yellow.