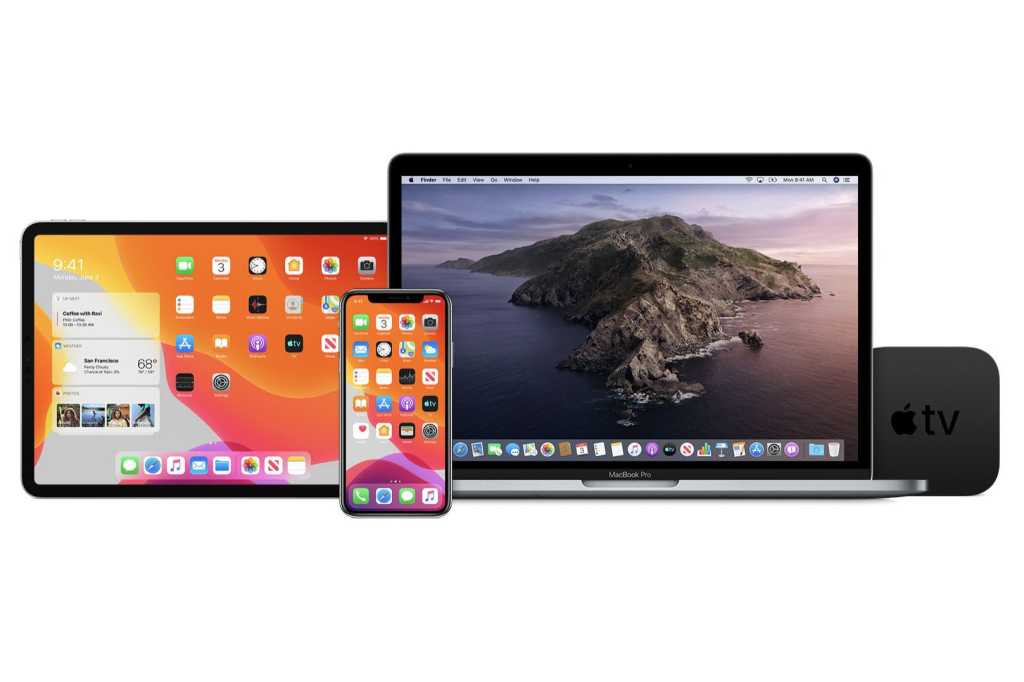 Generally, Apple releases its big fall operating system updates at nearly the same time. We get the new iOS, tvOS, and watchOS all on the same day (or nearly so), and the new macOS within a week or two. Yes, there are further “point releases” to add features and fix bugs, but the big drop is often more or less at once.

This year is different. Apple started public tests of iOS 13.1 weeks before the release of iOS 13. It split the iPad off into its own OS with its own release date. The new macOS release is who-knows-when. And some features and devices are going to have to wait until a later date for updates.

Here’s a quick guide to which of the 2019 fall OS updates are happening on what dates, and for what devices.

This was a big day. iPhones got iOS 13, which brings a ton of big improvements. There’s Dark Mode, Siri improvements, a whole new CarPlay, and improvements to lots of Apple’s core apps.

This is also the launch day for Apple Arcade, the $4.99 per month gaming subscription service.

For some, September 24 will be a bigger day for Apple OS updates than September 19. Just 5 days after the release of iOS 13, iPhones got upgraded to iOS 13.1. This brings with it a number of features pushed back from the initial iOS 13 release. Among them are Shortcuts automations, the ability to share ETA in Maps, and audio sharing with AirPods or PowerBeats Pro.

This is the date the Apple TV to get its tvOS 13 update, too. It brings support for multiple users, lyrics in Apple Music, support for Apple Arcade and Apple TV+ (which goes live on November 1), the ability to use Xbox and Playstation 4 controllers, and a new home screen with live background video.

The official ship date for  macOS Catalina was October 7. Features include the new TV, Music, Podcasts, and Find My apps, Apple Arcade, new security features, and more. You can get Catalina in the Mac App Store.

There are a handful of features and updates that have been announced, but have no release date. Apple only says they will be available “later this fall.”  These include:

This is the release date for Apple’s new streaming TV service called Apple TV+. We expect at least four shows at launch: For All Mankind, The Morning Show, Dickinson, and See.

Apple TV+ will cost $4.99 per month with Family Sharing, but you get a year free when you buy a new iPhone, iPad, Mac, or Apple TV.