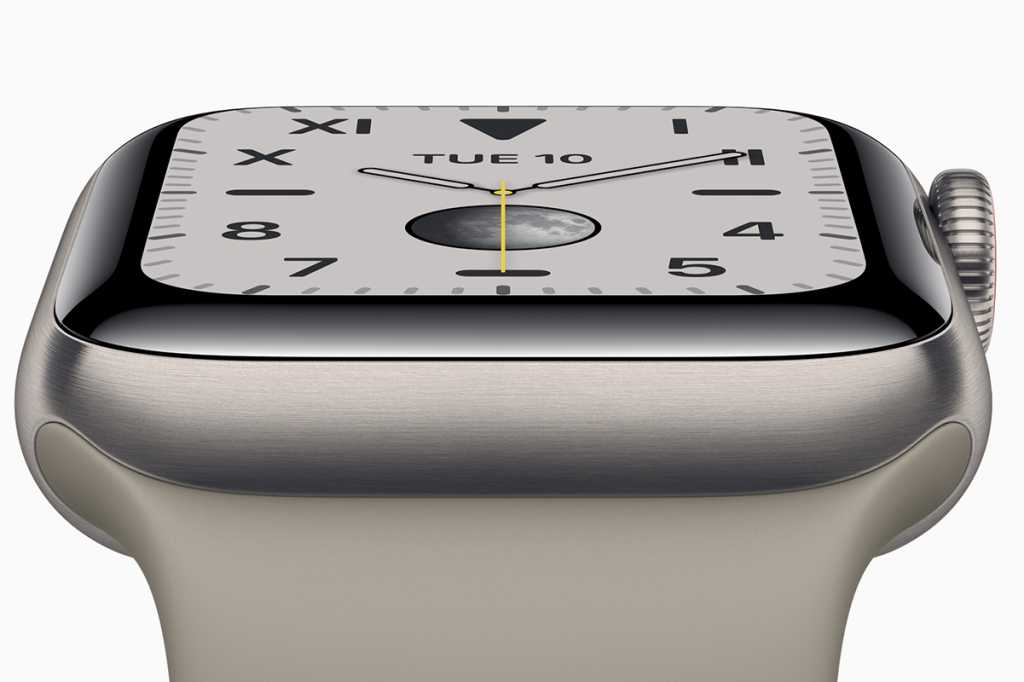 The new iPhones and their fancy cameras might be getting all of the attention, but they aren’t the only new Apple products going on sale this week. The Apple Watch Series 5 ($399 to $1,399) is also set to hit shelves and based on the early reviews, day-one adopters will be very happy.

While the new watch is a very modest upgrade, every reviewer loved its marquee feature: the always-on display. Daring Fireball’s Jon Gruber wrote almost exclusively about it in his review, concluding that he would have ordered one “even if Apple had put up a slide that said “’Just one new feature: Always-on display.’” He says that “no other feature or improvement to Apple Watch to date has ever made me this happy.”

Other reviewers weren’t quite as effusive, but they all agreed that the always-on display is a significant improvement. Dieter Bohn of The Verge said, “I love the always-on screen on the Series 5. Apple’s implementation is better than other smartwatches I’ve used for two reasons: it legitimately doesn’t hurt the battery life as much, and Apple keeps a little color visible in ambient mode.” Over at Buzzfeed, Nicole Nguyen wrote that the addition of an always-on display ”finally makes the Apple Watch a bona fide timepiece.”

However, battery life is still an issue. While the Apple Watch meets its stated 18 hours of use with the always-on display active, reviewers noted that you will need to charge it overnight to ensure it will last through the next day. That makes sleep tracking—which still relies on third-party apps—a conundrum, as noted by CNET’s Scott Stein: “Apple acquired the sleep tech company Beddit, but sleep still hasn’t emerged on the Apple Watch yet. Apple is quick to remind watch owners that there are apps for that. But, the battery life on the Apple Watch means sleeping with it leaves you to worry if you’ll have a full charge the next day.”

TechCrunch’s Brian Heater had a similar experience, noting that Apple “made a bit of a compromise” by keeping the same 18-hour battery life. As he writes, “the device needs to get charged once a day, regardless—otherwise you’ll almost certainly be out of juice the following day.”

Reviewers also enjoyed the new Compass, which helped out with turn-by-turn directions in Maps, and the International SOS features, but the main reason to buy a Series 5 Apple Watch is the always-on display. Writing at Wired, Lauren Goode sums it up best: “You shouldn’t upgrade just for the always-on display, but if you do, you’ll be happy to have it.”