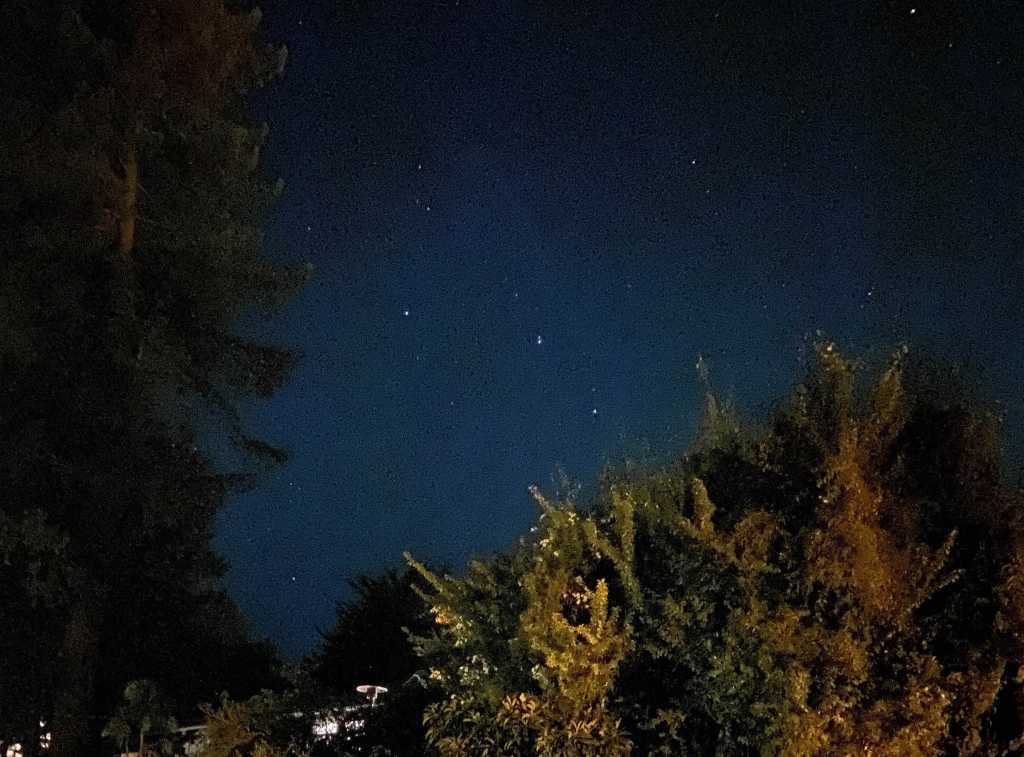 Last year Google introduced Night Sight, a mindblowing combination of camera hardware and intelligent image-processing software that allows photos taken in darkness to have amazing detail and color. Plenty of us wished Apple would respond right away with a feature of its own, but the company took its time and has only now replied to Google with Night Mode on the iPhone 11.

I took an iPhone 11 Pro and an iPhone XS out into the dark streets of my hometown to see how Night Mode fares, since the lobby of the Steve Jobs Theater was too well lit to get a proper demo last week. The results were impressive. Night Mode seems to have been worth the wait.

Night Mode works by using sensor, processor, and software to gather as much information as possible from a dark scene. It starts with the new sensor in the iPhone 11’s default camera—what Apple calls the “wide” camera. On the iPhone 11, this 12-megapixel sensor comes with “100% focus pixels”— sub-pixel portions of the sensor that are used to detect data about the light in the scene rather than capture an image. The focus pixels help provide data that’s vital in analyzing the small amounts of light coming in to the camera.

Apple’s software keeps the shutter on the wide camera open longer, as much as several seconds, depending on how much light it detects in the scene. Of course, this opens shots up to blur, which is why the camera app tells you to hold your shot as still as possible and is also using the iPhone’s motion sensors to judge how shaky your hold is on the camera.

Over those seconds, the camera captures multiple images while using optical image stabilization to keep things as steady as possible. Then Apple’s software compares all the images shot, picks out the portions of images that are sharp, and builds a single image, which it then processes to bring out colors and remove noise.

That’s a lot—but all you have to do is tap the shutter and hold your phone still until the image is captured. The iPhone 11 does the rest.

I took two phones with me out into the night, as you do, and ended up at a local brewery-restaurant for a glass of sour cider and some good conversation. As I shot in the restaurant’s dim lighting, I was struck by the improved vibrancy of the Night Mode shots when compared to the iPhone XS, most notably in the color of the wood tabletop.

When I adjusted the shutter setting on the iPhone XS by tapping on a different area of the frame or by swiping up on the focus box to force a brighter image capture, I found that I could get part of the resulting photo to look better, but at the expense of the rest of the image. The iPhone 11 not only captured the detail of the wall panel, but the frosted glass and the flame of the candle, all while retaining the richness of the wooden tabletop.

Our beverages consumed, then it was out onto the dark streets. I stood on the sidewalk and snapped a shot across the street, to a parked car and the tree behind it. On my iPhone XS, the scene is unsalvageable, a muddy car next to a lit driveway with a black void behind it, other than the suggestion of a few branches. The Night Mode shot, on the other hand, shows the car and driveway clearly, with the tree behind it in great detail, another tree off to the side, and above it all, a night sky with dozens of visible stars. The difference between the two shots couldn’t be more dramatic. And all I had to do was hold my iPhone steady for three seconds.

As I explained last week, Night Mode comes on automatically when it’s too dark to shoot a normal image. The Night Mode icon is of a crescent moon, and you can tap it to turn it off if you don’t want to use it.

Next to the Night Mode icon, you’ll see a duration—the amount of time the camera will need to be held steady in order to get a clear photo. This might be as low as a second in not-very-dim surroundings, up to several seconds in the dimmest locations.

When you tap the shutter, the image in the viewfinder begins very dim, and gradually brightens—a visual effect intended to get across that light is being gathered as you hold the camera steady. At the top of the screen, you’ll be reminded to “hold still”, and the bottom of the screen by the shutter button you’ll see the timer counting down.

Even longer-duration Night Mode shots are possible if you put your iPhone on a tripod using a product like Studio Neat’s Glif. The iPhone can detect when it’s very stable, such as when it’s been placed on a tripod, and will offer much longer exposures in that scenario. According to Apple, Night Mode can spend as much as 28 seconds on an exposure, if the iPhone is on a tripod and it’s an extremely dark scene.