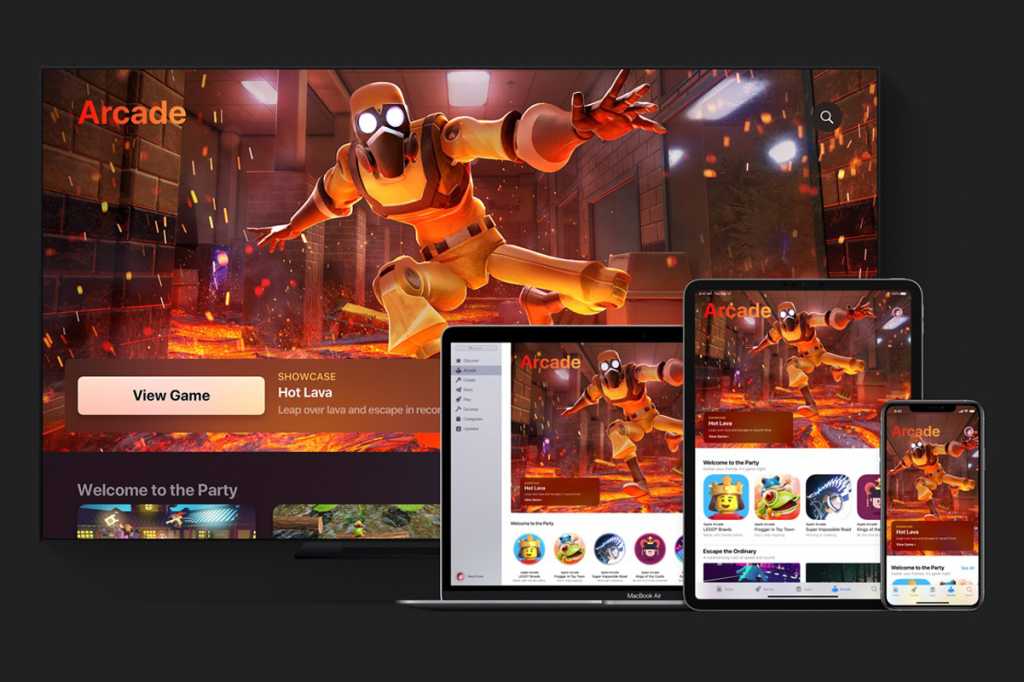 When we first heard about Apple Arcade, long before we knew it would only cost $4.99 a month, I hoped that it would give developers an alternative to the freemium model that has plagued mobile gaming.

Now iOS 13 has been released and with it, the Apple Arcade service. At $4.99 a month with family sharing, it’s a much better deal than anticipated. And the games are great—the variety and quality exceeds my highest hopes. I’ve only played about 15 of the games offered, and I can see myself spending a lot more time with at least 10 of those.

But more importantly, playing the games in Arcade has really thrown into sharp relief just how bad mobile game monetization has made even otherwise good games. This is a service that could potentially save mobile gaming (at least on iPhone), but to do so, Apple has to loosen its restrictions a bit.

Freemium is worse than I thought

Mobile game developers, with precious few exceptions, just can’t make money by charging up front for games. For the most part people won’t pay even a few dollars for a game they can’t get hooked on for free.

The market has spoken, and the winning model is to make a game that is free, but charge real money to buy a kind of virtual in-game currency via in-app purchases—gems or coins or energy or whatever. (I’ll just call them “gems” as a shorthand.) We call this model “freemium” or “free to play” (F2P).

The game is designed to be fun and addictive, but to deliberately become increasingly less fun if the player doesn’t spend this currency. The game will always let you earn some gems, but never enough to remove the roadblocks to properly playing and enjoying the game.

Rare is the game that simply lets you play a bit for free and then pay a one-time fee to “unlock” the full game, or remove ads. No, there aren’t enough people who will actually pay up to make that viable. The strategy is to hunt “whales,” customers who will send $50 or $100 or $1,000 on premium currency over time. So, the game has to be designed to give some tiny fraction of the players reason to keep buying gems. Often, casino tactics are employed—slot-machine sounds and faux-random-chance payouts that trigger just the right emotion responses to paying for the game, not for playing it.

Mobile gaming without the fuss

We all know that this is how mobile games work by now. We’ve come to accept it, and even still tell ourselves we’re enjoying games in spite of them being designed to frustrate us in the hopes of tricking someone with a dopamine regulation problem into spending insane sums of money.

Playing Apple Arcade games is like getting hit in the face with a bucket of cold water. It’s like waking up from the Matrix and seeing the world as it really is.

Some Apple Arcade games are of the type that don’t adapt well to Freemium models; linear experiences that tell a story and then end. These are great, but they have been incredibly risky for mobile developers to produce. A subscription service takes away a lot of that risk by allowing gamers to play something that feels “free.” In a market where even a two-dollar barrier to entry turns off 99 percent of your prospective customers, charging $5 for something your team slaved away on for years feels like long odds. So Apple Arcade can be full of these kinds of games.

But it’s the other kinds of games in Apple Arcade that really make you realize just how awful F2P monetization has made the entire mobile gaming landscape. If you’ve been playing mobile games for awhile, you can very easily imagine a game like Grindstone or The Pinball Wizard selling you gems and adding “game mechanics” that force you to spend them. Mechanics designed to keep you from the fun, rather than to add to it.

In just a week, I’ve come to develop an attitude that if a game isn’t in Apple Arcade, I’m just not interested. I know other games will invariably devolve into a money-extraction design, and now that there’s an alternative, I don’t want anything to do with it.

Mario Kart is one of my all-time favorite franchises, but I took one look at the in-app-purchase list for Mario Kart Tour and couldn’t even bring myself to download it for free to kick the tires (pardon the pun).

How do developers get paid?

I’m not sure how developers make money on Apple Arcade. Some have suggested that, at least for this initial crop of games, Apple has paid developers a lump sum up front for their games.

That may work for self-contained experiences, but it all but prohibits games with ongoing costs, like multiplayer-focused games with significant online components. Gamers expect games to expand over time with new content and challenges, all of which cost money to create. The freemium model, hated though it may be, at least delivers continual revenue and incentivizes developers to create new reasons to keep you coming back and playing often.

Google’s similar new Play Pass service initially planned to pay developers based on a formula that focuses on how much time their games are played. That’s problematic, as it encourages the creation of games that require players to grind forever in order to boost developer payouts. In response to developer outcry, Google’s FAQ now reads: “Developers earn a royalty that is based on algorithmic methods that incorporate signals which capture how users value all types of content (from weather apps to narrative driven indie games).”

Whatever Apple’s payout scheme is, it should acknowledge both short narrative games that people complete in a week, games that people play for a few minutes every day, and even online games that have significant server costs. And it needs to incentivize developers to support their games over time (which a up-front lump sum payment does not).

A metric like simply counting downloads clearly doesn’t work, nor does total time played. Perhaps tying the revenue payouts to the number of days in which a game is launched per month, with a cap of 10 monthly launches per unique user, would be a good way to go. It makes sure that popular games are paid more, ongoing development is incentivized, and service-based games get continual revenue. But it doesn’t reward games that artificially stretch out play time or require you to check in every day.

If there’s a problem with Apple Arcade, it’s Apple’s insistence that its games be somewhat exclusive. If a game is to be in Apple Arcade, it has to be exclusive to Apple’s mobile platforms (no Android versions are possible, but the game could be available on Xbox or Switch, for example). It also can’t be a part of any other subscription service, on any platform (like Xbox Game Pass). And the games must only be available in Arcade, not for purchase in the general App Store.

Those restrictions may make sense for launch, because it makes the initial Arcade launch lineup loaded with unique titles. If you want to check them out, you have to sign up for a free trial subscription. It’s helping to get people in the door.

Ultimately, though, it means that the predatory F2P monetization schemes aren’t going to go anywhere. Big game developers will of course want to be on Android, or to just also sell their games in the app store to those who don’t have Apple Arcade.

The Apple Arcade experiment appears to be a critical success so far, but Apple should strike while the iron is hot and move quickly to make it attractive to all developers. Let it include any game as long as there are no in-app purchases or ads, regardless of where else it may appear. It will be good for developers, good for consumers, and add tremendous value to the service.