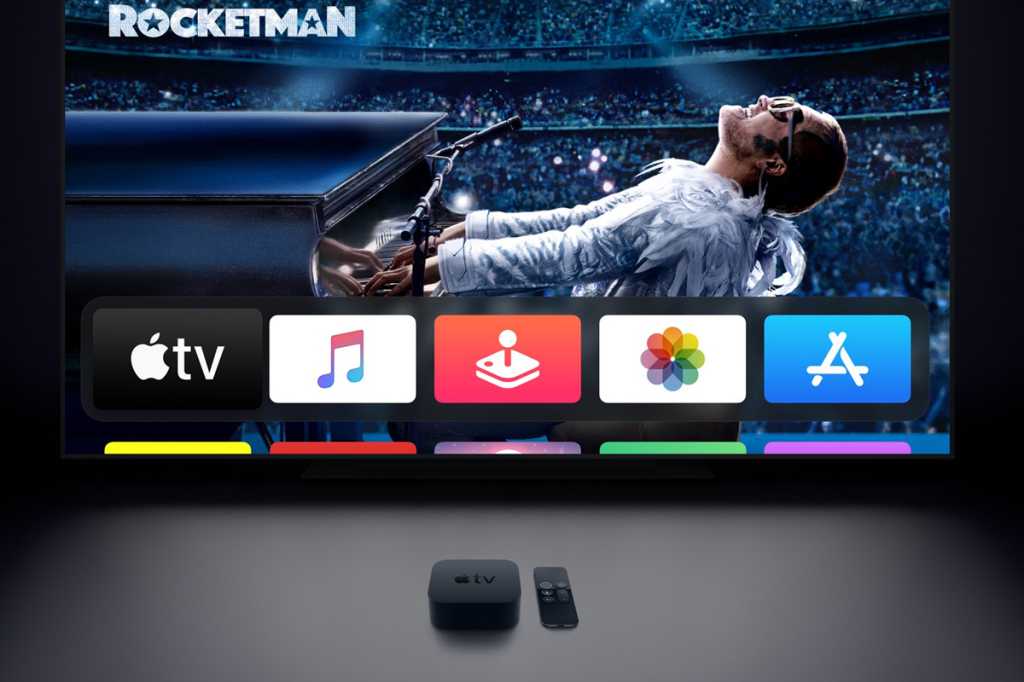 Of all of Apple’s platforms, tvOS seems to have gotten the least attention in this year’s annual round of updates. When you think about it, that’s a little surprising. After all, Apple is on the verge of launching a major new video streaming service, and the Apple TV hardware device is sure to be a part of that. Where’s the love?

But look a little closer and the big picture starts to come into focus. Even with the imminent launch of Apple TV+, the Apple TV set-top box, once Apple’s beachhead in the living room, is simply not nearly as critical to the company’s mission as it used to be.

The future of TV is app

Apple’s TV platform has long been a third-class citizen in the company’s ecosystem, after both macOS and iOS. These days, I’d argue it even falls behind the Apple Watch as a significant product. Updates to tvOS are few and far between, and tend to bring very small adjustments or modest new features. Updates to the Apple TV set-top box are even less common, especially since 4K HDR and Dolby Vision arrived on the scene. After all, when you support the latest and greatest video and audio formats, what more is there to add?

It’s also clear that Apple’s attention in the streaming arena has shifted targets from tvOS to the TV app. Apple’s own original content is due to arrive in a little less than a month, and the TV app will be its home, making it arguably more important than the whole of the tvOS platform. In fact, go over to Apple’s TV product page and you’ll notice something missing along that top navigation bar: any mention of tvOS. Instead, the top spots are occupied by the Apple TV app (whose icon looks remarkably similar to the top-down view of the set-top box) and the forthcoming Apple TV+ service, followed by the 4K and HD versions of the set-top box.

That’s because the TV app has broader aspirations. It’s no longer something you find on only the Apple TV, or even just on Apple’s own platforms. No, the app is coming to third-party streaming sticks, set-top boxes, and even smart TVs. Getting eyeballs on its original content is more important to Apple, and that means having its service everywhere anybody could want to watch it. Suddenly tvOS is merely one option among many—sure, it might be the best way to watch Apple TV+, as I’m sure Apple would put it, but it’s certainly not going to be the most common.

And Apple is not only competing amongst its own platform and third-party platforms for views here. No, the company’s also going to be streaming its shows via a web app. Which means that anybody whose device can run a reasonably modern web browser can also probably be an Apple TV customer, all without buying any additional hardware. Suddenly, shelling out at least $150 for an Apple-branded set-top box seems even less appealing than it used to be.

Apple’s never been bullish on web services—it just hasn’t been in the company’s DNA. But the TV+ venture is clearly important enough that Cupertino’s willing to change up its playbook in the hopes of casting as wide a net as possible. And if it no longer needs to drive hardware sales for revenue but rather wants to grow the TV+ service itself, well, that may not bode particularly well for the Apple TV set-top box.

The game’s the thing

But wait! There’s a saving grace for the Apple TV and tvOS here, and its name is Arcade. Apple’s recently launched game subscription service has been surprisingly well received, given the company’s mixed relationship with gaming. And while most players are probably playing Arcade titles on their iPhones and iPads, the Apple TV provides a big-screen, collective gaming experience not easily duplicated by those other devices.

Arcade’s debut, combined with new support for gaming controllers from Sony and Microsoft, makes the Apple TV something that the comapny’s never had before: a viable game console. No, it may not be competing head to head with the Xbox One or PlayStation 4, much less the upcoming next-generation of consoles, but it might pose a challenge to something like the Nintendo Switch. Yes, the Switch may have more to offer—primarily Nintendo’s legendary first-party game catalog—but it’s also more expensive than the Apple TV and doesn’t offer the same breadth of other functionality, such as a broad assortment of streaming services.

Moreover, for households that already have an iPad or iPhone in them, Apple’s gaming ecosystem competes favorably with not only the Switch’s portability aspect—since most Apple Arcade games sync state across all devices—but also Nintendo’s innovative motion-control game mechanics. That could easily make it a compelling addition, especially for parents loath to spend money on a dedicated gaming device.

Is it enough to save the Apple TV set-top box? Maybe. But it also raises a larger question for Cupertino and its customer base: given all the other devices and platforms available, is the Apple TV even really worth saving?