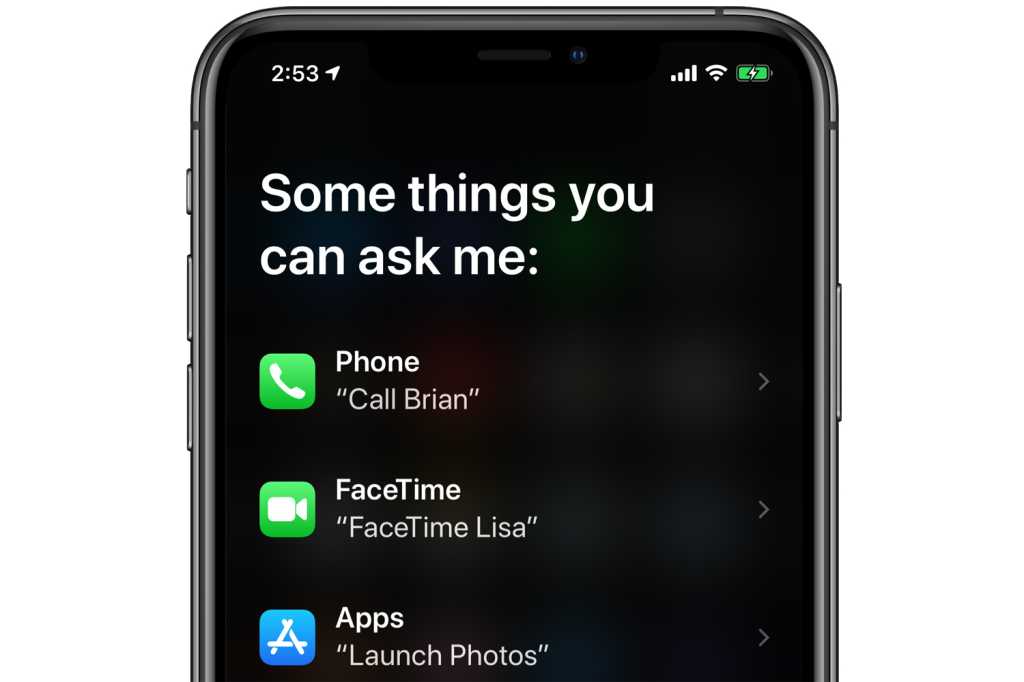 Ever since Siri’s introduction on the iPhone 4s, third-party developers have clamored to integrate their apps more closely with the virtual assistant. And while Apple has relaxed its strictures over the years, Siri has largely—with a few handpicked exceptions—remained wedded to the company’s own software.

But with every major software update, Apple loosens the reins just a tad, and this year is no exception. Not only does iOS 13 once again broaden the categories of apps that work with Siri, but Apple’s also making some of those third-party apps easier to use. And, moreover, these changes to Siri apply in software categories in which Apple itself competes. This bodes well not just for users, who will get the ability to control those types of apps with voice, but also for the future of Siri as a platform.

By default, Siri has long treated any sort of messaging-related task as synonymous with iMessage (or text messaging). If you used a third-party messaging app like WhatsApp or Skype, you were simply out of luck; your only alternative was to launch that app and use the dictation feature to write your message. Hardly the best solution if, for example, you were behind the wheel of a car.

But messaging is one of the areas that Apple has opened up to third-party developers, so you can say, for example, “send a message to John via Facebook Messenger.” But Apple’s reportedly taking it a step further with a forthcoming software change. According to a story in Bloomberg, iOS will recognize the ways that you communicate with people and learn from it. For example, if you tend to communicate with your friend Greta via WhatsApp, then using Siri to send them a message will default to WhatsApp. (The feature will reportedly later extend to calling as well.)

That’s a big deal, because iMessage has been a huge competitive advantage for Apple. Though the company has stopped feeling the need to throw out statistics on the number of messages sent via the service everyday, rest assured it’s still a lot. Opening that feature up to Siri not only delivers a feature that many customers want, but also does it potentially at the expense of convincing users that iMessage is just more convenient. In some ways it’s not a particularly Apple-like move—but we’ll get to that in a bit.

Music to your ears

If changing the way Siri works with messaging wasn’t enough, Apple is also expanding its third-party integration with Siri to another category in which it competes: music apps. In some ways that’s an even bigger surprise than with messaging—iMessage is an asset for Apple’s platforms, but at the end of the day, it’s not a direct revenue generator. Apple Music has been an important subscription venture for the company at a time when Cupertino’s eye has been very much on bringing in more revenue from services.

Reports suggest that Spotify is already testing this Siri integration, though the music company played coy and wouldn’t give any official information about when the feature might see the light of day. That’s particularly notable because Spotify has been notoriously critical of Apple in recent months, arguing that the company gives its own music service an advantage over competitors. Enabling music app integration with Siri then seemingly gives rivals like Spotify a leg up—while also pulling the rug out from under one of their central arguments.

If there’s one thing illustrated by both of these moves, it’s Apple’s confidence. If the company is content to relax these restrictions, it means Cupertino is taking the long view: that the benefit of users having access to the services they already use and like outweighs the risks of not drawing as many subscribers to its own paid service.

Siri that was, Siri to be

Siri was unveiled with the implicit promise that it would change the way people interact with technology, and while voice control has certainly become more common in the intervening years, we’re still a long way from upending the current paradigm. But these latest changes to Siri integration show that Apple is still interested in pushing the platform forward and, most importantly, that the company isn’t afraid of a little bit of competition.

The next significant step for Siri is for Apple to throw the gates wide, opening up the voice assistant to all third-party developers who want to integrate their apps. Apple’s dipped its toe into these waters with the addition of Siri Shortcuts, which allow apps to make certain aspects of their application accessible via the assistant, and while that opens up some possibilities, it’s still fairly basic and requires user intervention to get the most out of it. We’re not yet at the point where you can just instruct Siri to do something with an app—say, for example, “Overcast, open the latest episode of this podcast and play from the 30-minute mark”—and have it just work.

That’s obviously a big step, and it comes as Apple is still normalizing Siri as a platform across its devices: Siri on the iPhone can do things, for example, that Siri on the Apple Watch or Siri on the HomePod aren’t yet capable of (and vice versa). But with the addition of these new Siri behaviors, we’re further along the path than we were last year, and when next year rolls around, it’s hard to imagine we won’t be further still.