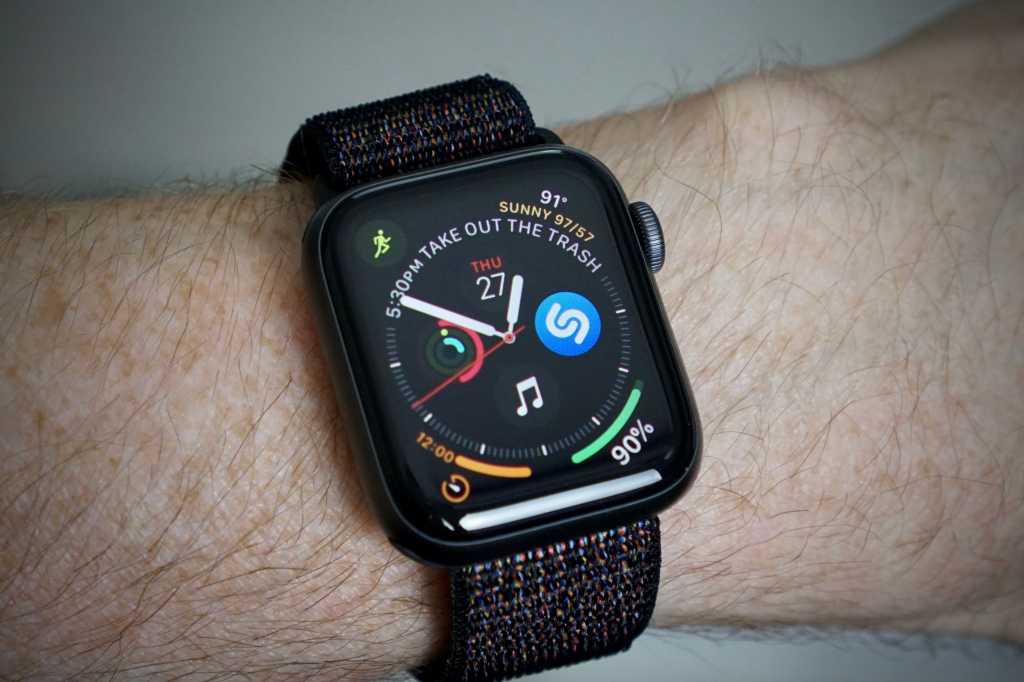 There’s a new Apple Watch in town, which means we’re finally starting to see some really good deals on the previous model. And over at Amazon today, you’ll find some of the best prices we’ve ever seen for the Apple Watch Series 4 with GPS and Cellular, although you’ll also find some great discounts on the regular GPS models as well.

Unfortunately, as it usually goes with these things, you’ll have to get an ultra-specific model for the best price. Right now the best deal is on the 44mm Silver Aluminum model with the white Sport Band, which is selling for just $399.97, down $129.03 from the regular price of $529.00. That’s the lowest price we’ve ever seen by around $50. If you want to save a bit more cash, you can also get the same aluminum-and-white variety in the GPS-only model for $349.97, down from the usual price of $429. You’ll find some discounts for other models—provided they’re in stock—but they’re not anywhere near as impressive.

Don’t like the color of the band? You can always switch it out for another. It’s no longer on sale, but I once managed to get a $9 Milanese Loop from Amazon that still works and looks great. (Here’s a similar version for $13.)

The cool thing about this sale is that the Series 4 isn’t all that different from the Series 5. As I pointed out in this comparison of the Series 4 and the Series 5, you’re basically only missing out on the always-on display. The Series 4 is a substantial improvement over the Apple Watch models that came before it, though, as it comes with a larger display, a built-in ECG and fall detector, some nifty new watch faces, and excellent battery life. For more information, be sure to check out our review of the Series 4 from last year.