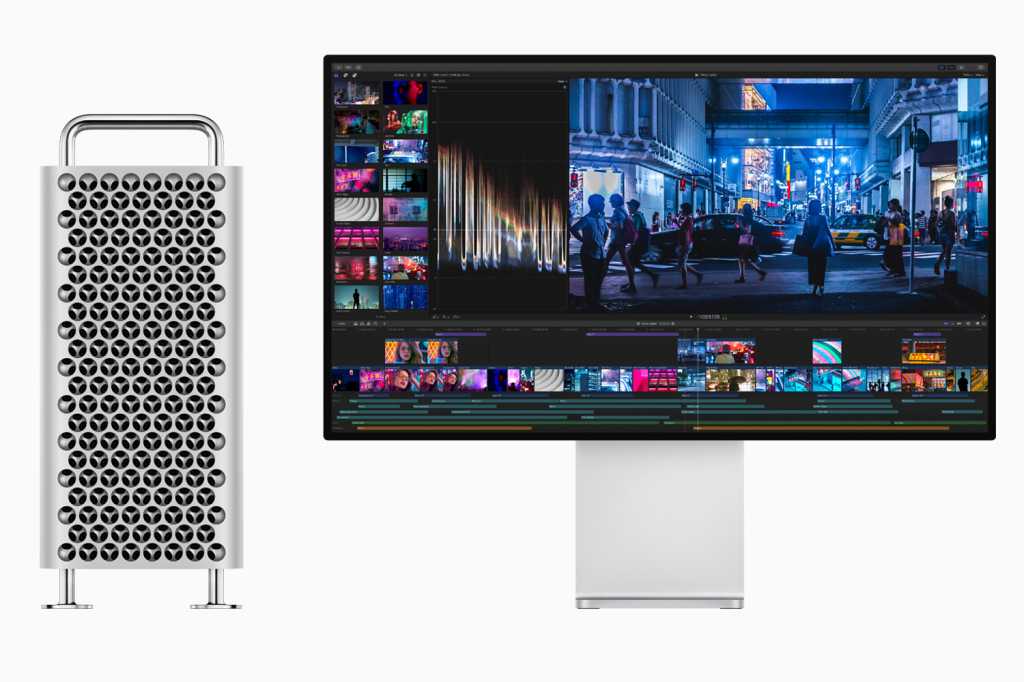 The release of macOS Catalina grabbed the major Mac news headlines on Monday, but Apple also announced updates to Final Cut Pro X that could be foreshadowing a release of the new Mac Pro.

According to Apple, FCP X now supports up to 28 CPU cores (the maximum core configuration of the new Mac Pro) and multiple GPUs. Compared to the previous Mac Pro with a maximum of 12 cores, Apple says FCP X rendering is 2.9 times faster, and transcoding is 3.2 times faster.

The FCP X update also takes advantage of the new Afterburner card in the upcoming Mac Pro. Editors can play up to 16 streams of 4K ProRes 422 video or three streams of 8K ProRes RAW video.

The FCP X update includes a new Metal-based engine for video playback and graphics acceleration. The company says that on the 15-inch MacBook Pro—“the most popular system for Final Cut Pro users”—you could see a performance boost of up to 20 percent. iMac Pro users could see an improvement of 35 percent.

Apple also touted the benefits of using FCP X with the upcoming Pro Display XDR, which will support 1,000 nits of brightness, 1,600 nits peak brightness and a 1,000,000:1 contrast ratio. FCP X also work with the new Sidecar feature in macOS Catalina that lets users use an iPad as an external Mac display.

Other new FCP X features include (from Apple’s press release):