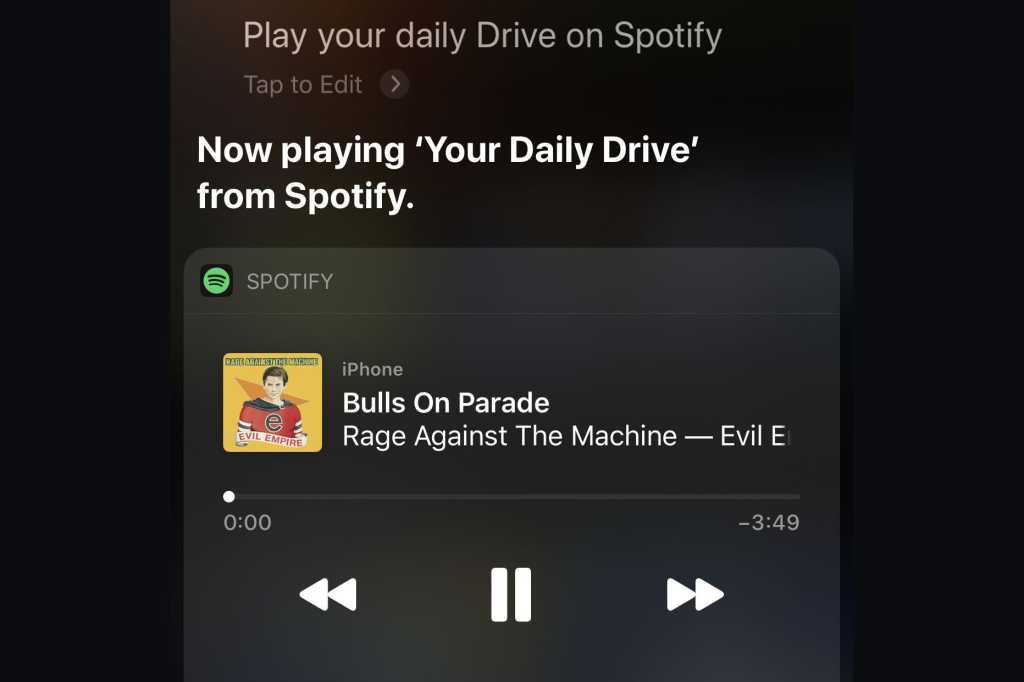 The day that millions of users have been waiting for is finally here: You can control Spotify on your iPhone or iPad using Siri.

Simply grab the just-released Spotify update and you can tell Siri to play music or podcasts by adding “on Spotify” to the end of your command. It works on iPhone and iPad, and when using Siri with AirPods connected to those devices. It does not work natively on HomePod (you can’t install Spotify or any other app on HomePod); you have to use AirPlay, just as you’ve always been able to.

Spotify’s got more treats in store for users of Apple’s platforms. After what seems like forever, Spotify is finally available on Apple TV. Log in using a code on the web and all your playlists, albums, and podcasts will be there.

Unfortunately, Siri support does not extend to Apple TV. If you want to use Siri to command Spotify and play it back through your Apple TV, you’ll need to play it on your iPhone or iPad and use AirPlay—just as on HomePod.