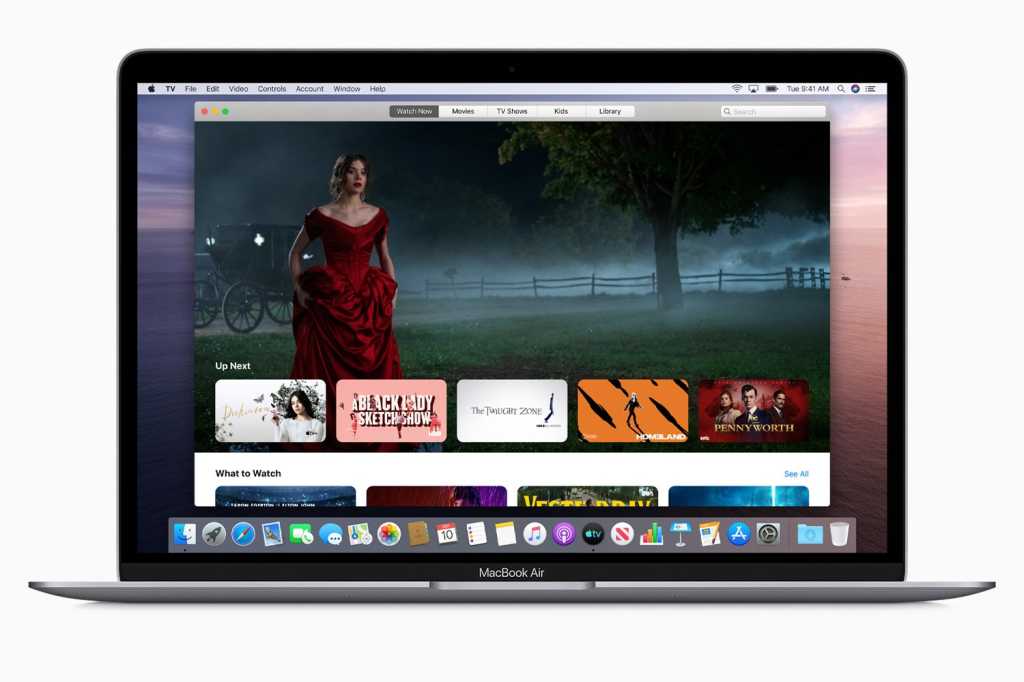 MacOS Catalina is here, and with it, a bunch of top-line features: Mac Catalyst, new apps, Sidecar, Screen Time, and Voice Control. But as you might expect, Catalina also includes dozens of small feature changes that are worth investigating. Here are a few of the most interesting hidden features in macOS Catalina.

For the first time, the Mac will have access to the 4K HDR versions of popular movies and TV shows. This comes courtesy of the new TV app—but it has limits. All Macs introduced in 2018 or later are capable of playing videos in HDR and Dolby Vision formats for high dynamic range, and can play audio encoded with the high-quality Dolby Atmos format.

As for full-on 4K HDR streaming, it’s enabled only on 2018 and later MacBook Pros and 2017 and later iMacs with the T2 chip. Unfortunately, that means that older 4K and 5K iMacs are out of luck.

Revert after a bad upgrade

Have you ever installed a software update only to discover that it has broken other software you depend on to do your job? Catalina adds a new feature that takes a snapshot of the system disk just before applying an update, and allows you to restore your Mac to that state via macOS Recovery. (Restart your Mac and hold down Command-R to boot into macOS Recovery.)

This is a clever use of the snapshot feature of the APFS filesystem, but it takes up a lot of disk space (since your drive has to save very bit of your pre- and post-upgrade Mac). Snapshots are only retained for a day, and if you don’t have enough free space available they won’t be available at all.

Still, this is a really great feature—that ironically is being introduced in an OS version that intentionally breaks compatibility with more than a decade of macOS apps. At least you’ll be able to roll back after the next one.

Apple has expanded ways you can get video into Picture in Picture, one of my favorite feature additions of recent years because I like my video to float above all the other windows on my Mac. In Safari, if video is playing, you can click and hold on the audio icon in the Smart Bar and then click on Enter Picture in Picture. I used to have to use a bookmarklet to do this, but it’s now enabled right within Safari.

Apple has also added support for Picture in Picture to QuickTime Player. There’s now a PIP button on the in-window floating control bar that will get your video floating above it all with one click.

For a while now, Macs with built-in Touch ID have been able to authenticate with their fingerprints rather than typing passwords. Catalina extends support for biometric authentication to unlocked Apple Watches. When something requiring authentication appears on screen—it happens most often for me when I’m adjusting items in the System Preferences app—my Apple Watch taps my wrist and asks me to double-tap the side button. That’s all that’s required.

Unfortunately, this method of authentication doesn’t seem to extend to third-party apps right now, so I can’t yet unlock my password manager with a couple of watch clicks. Maybe someday.

A classic QuickTime feature makes its return in Catalina with the Open Image Sequence command, which lets you open a collection of still images and convert them into a video file. This is a feature that would be great for making a movie out of a burst of photos, a time lapse, or even a series of drawings. You can choose the resolution, frame rate, and encoding formats.

Catalina and iOS 13 both include some pretty incredible new technology that lets you find missing devices more easily. Now if you leave your Mac behind somewhere, you can find it even if it’s not connected to any network, because on Catalina Macs emit a Bluetooth beacon that can be picked up by other Apple devices. You can read more about how this is implemented in this Wired article.

And of course, you can now find your devices—and your friends—right from your Mac via the new Find My app, which lets you mark devices as lost, see their last known locations, and also alert you when a friend leaves or arrives at particular locations. All those features have been on iOS for a while now, but they’re finally on the Mac too.

Apple has moved iOS device management out of iTunes (which is now gone!) and into the Finder. Once you’ve connected an iOS device to your Mac and entered your password to allow the Mac to be a trusted device, you can click on the Files tab and get a look inside the storage on your device. This isn’t anything new, but the Finder is a much more sensible place for it.

If you’ve ever needed to transfer large files between your Mac and iOS devices, and have balked at using the cloud or AirDrop to do so, you can also do so across a wired connection, right within the Finder. I use this all the time to transfer big audio files to my iPad for editing, and to transfer the final audio projects back to my Mac when I’m done.

In Catalina, Apple has locked down more of the system to protect users from potential malware. Unfortunately, sometimes these changes can get in the way of you being able to run the software that you want to run. All software built for the Mac after June 1 of this year must be uploaded to Apple’s servers, scanned by an automated system, and approved. If it isn’t approved by Apple, the Gatekeeper feature of macOS won’t let it run—at least, not by default. Instead, it’ll display an alert that Apple can’t scan the app for malware and tell you to contact the developer for more information.

The good news is, Apple will let you run this software if you really want to—you just need to know how to bypass Gatekeeper and open the software. To launch an app that hasn’t been approved, control-click on it and choose Open. You’ll see a similar alert about malware and contacting the developer, but now there will also be an option to just go ahead and open the app. Once you’ve opened an app once using this method, it’ll never bother you about that app again.