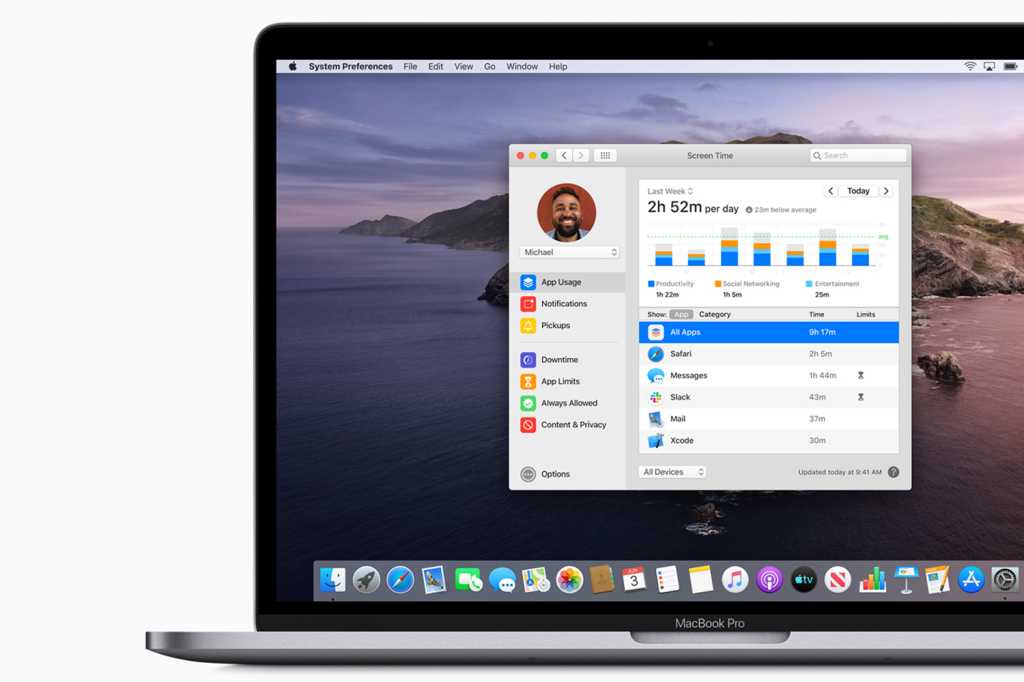 Ever since the introduction of the iPod in 2001, Apple has had to navigate the intricacies of a multi-device ecosystem. In the earliest of days, that meant dealing with the iPod as an ancillary media device, reliant upon a Mac (or later a PC) for everything from activation to syncing media.

Over the last twelve years, the Apple ecosystem has gotten only more complex, with the addition of iPhones and iPads, the Apple TV, the Apple Watch, AirPods, the HomePod, and more. And while the Mac may be the elder statesperson of this assemblage, it’s found its responsibilities decentralized. No longer does the iPhone or iPad require a Mac just to function; newer devices like the Apple Watch and HomePod never have.

But the Mac still remains a member of the ecosystem in good standing, and Catalina continues to adapt to this new reality. Instead of being dependent on the Mac to survive, those other devices have grown up and are now ready to bring their own particular skills to bear on supporting their predecessor.

The inherent touch interface of iOS devices has always provided a way to interact with content not available by default on the Mac—one that’s particularly useful when it comes to drawing, sketching, and annotating. Yes, the Mac’s trackpad gives some meager ability to do the same, but the ergonomics of it have never worked quite as well—it’s simply not built for those tasks. External tablets, such as those from Wacom, can provide similar features, but it’s an expensive and not very portable solution. And with the addition of the Apple Pencil, the iPad has taken those abilities to the next level.

With Catalina, Apple has leveraged this advantage of iOS and integrated it more seamlessly into the Mac. Yes, you can markup a PDF directly on your Mac, but why not use the device with the giant touchscreen and stylus that you may already have? (You can use the iPhone as well, but obviously, the lack of Pencil support and smaller screen present limitations.) And, just as you were previously able to take advantage of the camera on your iPhone or iPad and insert that picture directly into Notes—rather than struggle with using the fixed camera on your Mac—Catalina lets you use the iPad to insert a sketch or markup a PDF.

Apple has been clear that it doesn’t intend to simply merge all of its devices, arguing instead that each has different strengths. By tying those devices more closely together, it offers an opportunity for each device’s strength to complement each other. Or, in other words, let your toaster be your toaster and your fridge be your fridge.

Apple dipped its toes into the idea of a “web of authentication” when it added the ability to unlock your Mac with your Apple Watch, but Catalina takes that to the next logical step by allowing you to authenticate via the Watch whenever macOS prompts you for your administrator password. (The Security & Privacy preference pane suggests that you’ll be able to use it to unlock apps as well, though it’s unclear if that feature will be available to third-party developers.)

This, too, is an example of Apple leveraging the specific capabilities of its other devices. The Apple Watch is uniquely suited as a multi-factor authentication device, since access to it is protected by PIN or by authentication with your iPhone’s Face ID/Touch ID/or passcode and it can tell when it’s actually on your wrist. To be sure, there are ways to circumvent this and use it for malicious purposes, but there’s always a balance between security and convenience.

The password/passcode has become a daily fact of our life, but, despite that, it’s not a particularly good security method: people forget passwords, pick easily guessed ones, or write them down somewhere insecure. And for those who don’t have the option of built-in biometric authentication on their Mac via Touch ID, the Apple Watch is the next best thing. Plus, it certainly doesn’t hurt as a selling point for the Watch either.

There’s plenty of opportunity for Apple to make its devices work together, but the flip side of that opportunity is responsibility in how its products are being used. The company rolled out a Screen Time feature to iOS last year, giving users a picture of how much time they spent with their devices. But it had a big hole on the Mac—until Catalina rolled around. Now Screen Time is on macOS as well, meaning that the company can actually paint a more comprehensive picture of how we’re using our devices.

That’s also important for features like content restrictions, which previously weren’t synced between Apple’s two biggest platforms. (There’s still no Screen Time option on Apple TV, which may prove a sticking point, especially with the addition of Apple Arcade there.) But especially now that Apple has rolled out multi-user support for tvOS, it wouldn’t be too surprising to see a Screen Time feature expanded to that platform in tvOS 14.

Apple’s devices have always played well with each other; that’s a big part of the company’s appeal. But with Catalina, we see that the future is going to, more than ever, be about the ways each of Apple’s products can fill in the gaps for the overall ecosystem, bringing it all together as a unified whole.