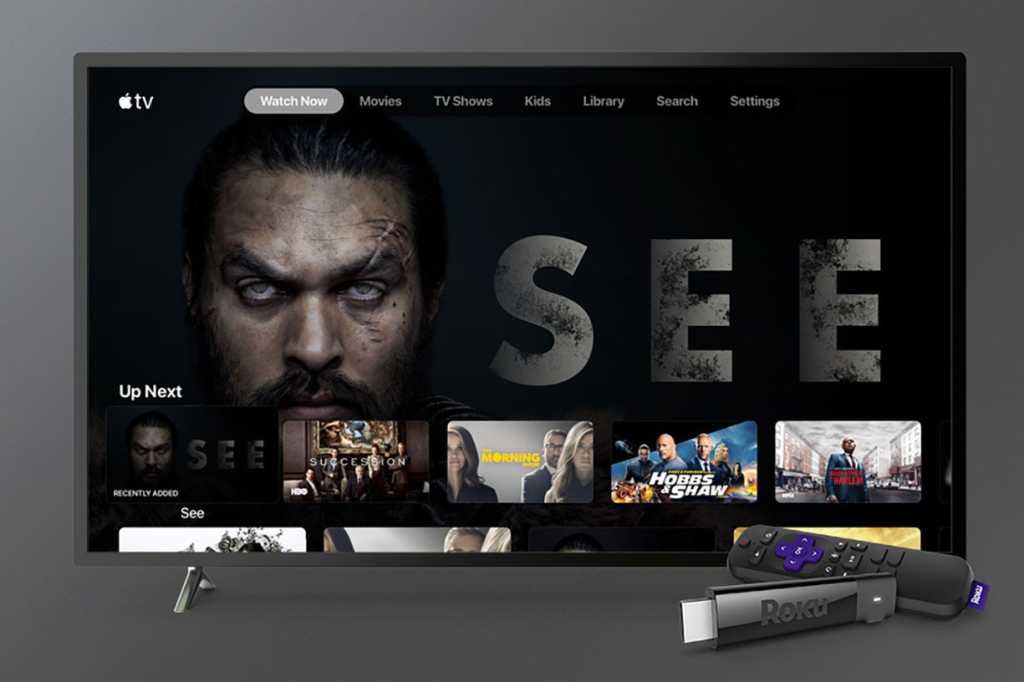 Well, we’re still waiting for the Fire TV app, but the Apple TV app for Roku just launched. Roku users can find and add it in the Roku Channel Store, just as they would any other channel. From there, you’ll log in with your Apple ID to access your content.

This is perfect timing for the November 1 release of Apple TV+, a $4.99 per month service featuring only original content from Apple. The initial lineup is rather limited, but will be full of big-name stars, and there are lots of shows, series, and movies in the works. Apple TV+ will be free for one year for customers who purchase a new Apple TV, iPad, iPhone, or Mac.

The Apple TV app is good for more than just accessing Apple’s new streaming service. It’s also where you’ll stream movies and TV shows purchased through iTunes, and of course receive personalized recommendations for new shows and movies to buy or rent.

Roku users will be able to access all this stuff in the Apple TV app, but the app is not quite as full-featured as it is on Apple TV hardware, iPhones, or iPads. On those platforms, it incorporates recommendations from many of the third-party apps and services installed on your device, like Hulu or Amazon Prime Video. Select a show from a third-party service and you’ll jump over to the appropriate app to start watching it. The Apple TV app on Mac, Roku, Fire TV, and smart TVs do not have that capability—it only plays content purchased through Apple (iTunes shows and movies, Apple TV Channels, and Apple TV+).