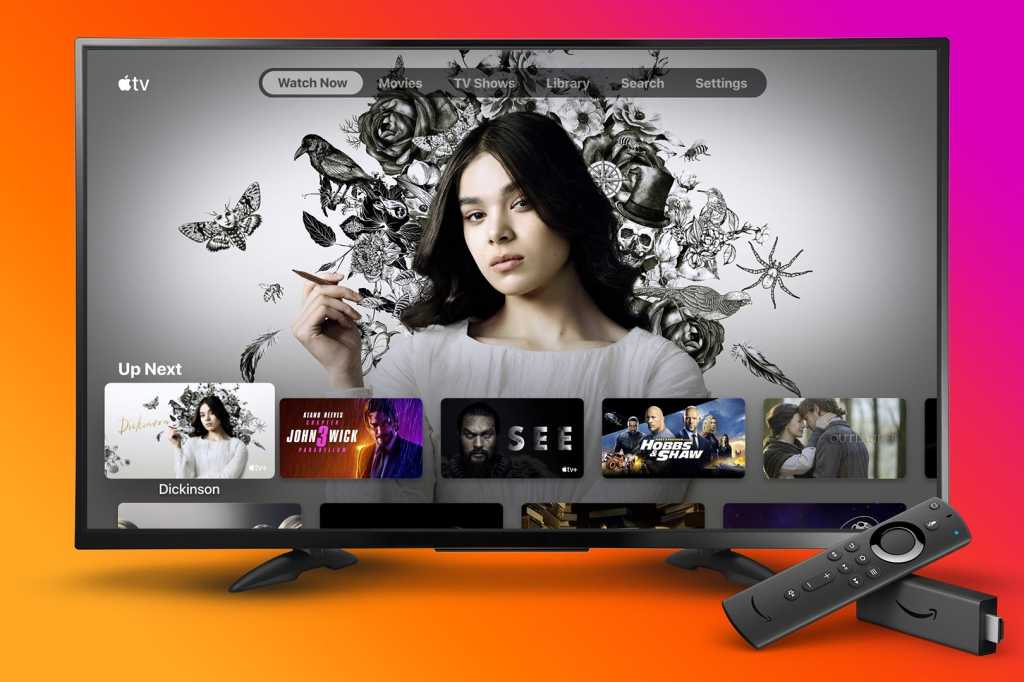 With the launch of Apple TV+ just a week away, Apple is gearing up for a big celebration. And you won’t need an iPhone or iPad to join the party. Following availability on Roku devices and Samsung TVs, you can now get the Apple TV app on Amazon Fire TV devices as well.

The app is currently limited to Fire TV Stick 4K and second-gen Fire TV Stick, with support for the Fire TV Cube, third-gen Fire TV, Fire TV Edition smart TVs, and the Nebula sound bar coming soon. There’s no word on whether those devices will receive the app in time for the Apple TV+ launch. To get the app, you’ll need to search for “Apple” using Alexa or the on-screen search on the home screen.

The new Apple TV+ streaming service will feature seven shows and one movie at launch, with big-name stars and show-runners:

While Apple’s new streaming service is the big draw here, Apple TV users will also have full access to their iTunes library for the first time on a Fire TV device. Cross-platform streamers previously had to rely on the Movies Anywhere service to gain access to their iTunes movies, but that didn’t apply to TV shows or rentals. With the new Apple TV app, all of your content will be available through compatible Amazon Fire TV devices.

Unlike Samsung TVs, however, it appears as though you won’t be able to rent or buy anything using the Apple TV app on your Fire TV device, however. Amazon’s blog post announcing the app’s availability states: “To buy or rent something, you can simply do so on your iPhone, iPad, iPod touch, Mac, PC, and it will instantly appear within the Apple TV app on Fire TV.” It’s not clear whether that extends to Apple TV+ subscriptions, so we’ll need to test it once the update lands on our TV.

Apple TV+ will be available November 1 for $4.99 a month or free for a year with the purchase of any compatible Apple device.