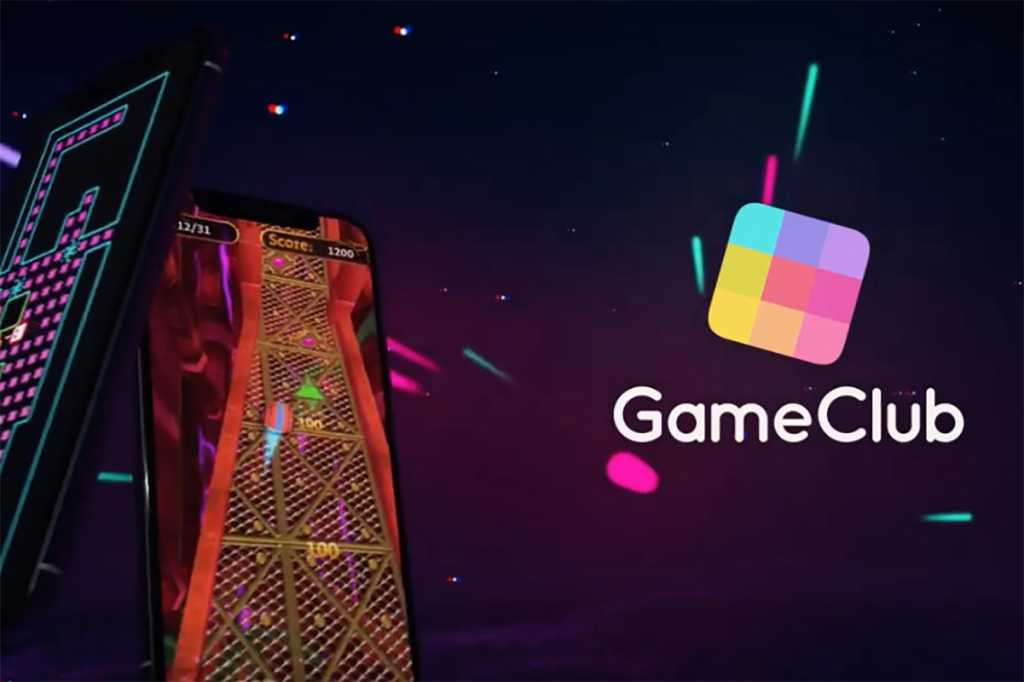 Barely a month after Apple Arcade burst into our lives, it’s already being challenged by a new, curated subscription gaming service called GameClub that also costs only $4.99 per month. Each of the two services has slightly different goals, but they’re also similar enough that you may find yourself struggling to decide which one to toss your subscription money at. Never fear, dear readers. We’ve dug in and compared to the two services so you don’t have to.

If you decide you want to subscribe to both of them, you’d still only be paying around $10 a month. If you’re looking to play around 150 games on a budget, that ain’t too shabby.

At the time of writing, Apple Arcade offers 84 games, while GameClub offers 70. These numbers will likely change soon, as GameClub claims it will add new games every week.

Apple, for its part, has been living up to its nebulous promise of delivering “frequent” updates by releasing new games every week this month.

Neither service has ads or in-app purchases

If you hate mobile games that distract you with ads or demand you plunk out some cash if you want to get another chance at a puzzle without waiting 30 minutes, either service will serve you fine. All you’ll ever have to pay is the $4.99 monthly subscription fee. But there’s a small catch in that regard with GameClub, as you’ll see in the next section.

You can download and play GameClub games without a subscription

Apple Arcade locks its games behind a paywall (agreeable as it is), but you can download GameClub games just as you might download a regular game on the App Store. It’ll often also let you play without a subscription if you “join” GameClub by simply entering your email address. You’ll miss out on many of the benefits of subscribing to the service in the first place, though, as most of these out-of-service games will still have ads.

When you boot up a game like Super Crate Box, for example, you might see an option to play in “Limited” mode (which includes ads and locked content) or in “Unlimited” mode, which redirects you to sign up for GameClub, which will remove those restrictions.

Considering the vast libraries available to both games, one month should be plenty of time to determine if you like one service over the other (or both, if your pockets are deep enough to justify paying for two).

You’ll see the biggest difference when you cancel. If you cancel Apple Arcade’s free trial early, you’ll immediately lose access to the service until you renew your subscription. With GameClub, you’ll still be able to play the games for free for a month even if you cancel weeks before the trial runs out.

Apple Arcade doesn’t have any old games in its catalog. Instead, it’s built around showcasing good new games from hot contemporary publishers. GameClub, though, is all about old games. It partially came into being out of a desire to preserve some older popular games that vanished in the wake of changes to iOS throughout the years. Some even date from the previous decade.

Importantly, though, GameClub isn’t merely relisting these games. Every game the service offers has been restored and formatted for contemporary screen resolutions, 64-bit architecture, and aspect ratios, which means an old game like Hook Champ should run well on a powerhouse device like the 12.9-inch iPad Pro.

That easy distinction may change. According to TouchArcade, GameClub may host “new and original premium” games as it matures, but for the moment, the ages of the games distinguish the services more than anything else.

GameClub has a distinct focus on mobile games

On that note, many titles in GameClub began life as mobile games, so there’s a greater emphasis on touchscreen controls and a lesser chance that you’ll be able to play one of the supported games with a controller. Some, like Plunderland, even still rely on tilt controls.

Apple Arcade, by contrast, features several games (like Sayonara Wild Hearts) that also launched on consoles like the Nintendo Switch when they first appeared on Apple Arcade.

It’s thus a bit of a misnomer to call Apple Arcade a “mobile gaming service,” as the vast majority of games play fine on both an Apple TV and a Mac. In fact, I’d go so far as to say that many Apple Arcade games are meant to be played with controllers. With GameClub, though, you’re seldom going to go wrong if you just use your fingers.

Both services are curated

Both services feature quality, hand-picked games, although they differ in how they approach that curation. Apple selects the games for Apple Arcade before they even come out. In some cases, Apple reportedly even helps fund the games in its services (although it’s not clear how extensive that funding is).

GameClub, though, focuses on including games that were either highly rated on Metacritic or topped the App Store charts. Some of the standout titles include Hook Champ, Mage Gauntlet, and Incoboto.

In the GameClub app, there’s a separate tab for “Stories,” which includes everything from articles about the history of notable games like Mage Gauntlet to tips and tricks for games like Space Miner. It’s an impressive collection, too: At the time of writing, there were 28 stories spread over three pages.

At the moment, Apple apparently only offers guides for Apple Arcade, and there aren’t many of them. Currently there are 13 hint guides for games ranging from Shinsekai Into the Depths to Sneaky Sasquatch under the Apple Arcade tab in the App Store, and nothing resembling a “behind the scenes” or a history.

Both services support Family Sharing (in a sense)

GameClub, however, provides a workaround in that you can use the same login for a paid account whenever you download and play a GameClub game, regardless of which device or Apple ID you’re using.