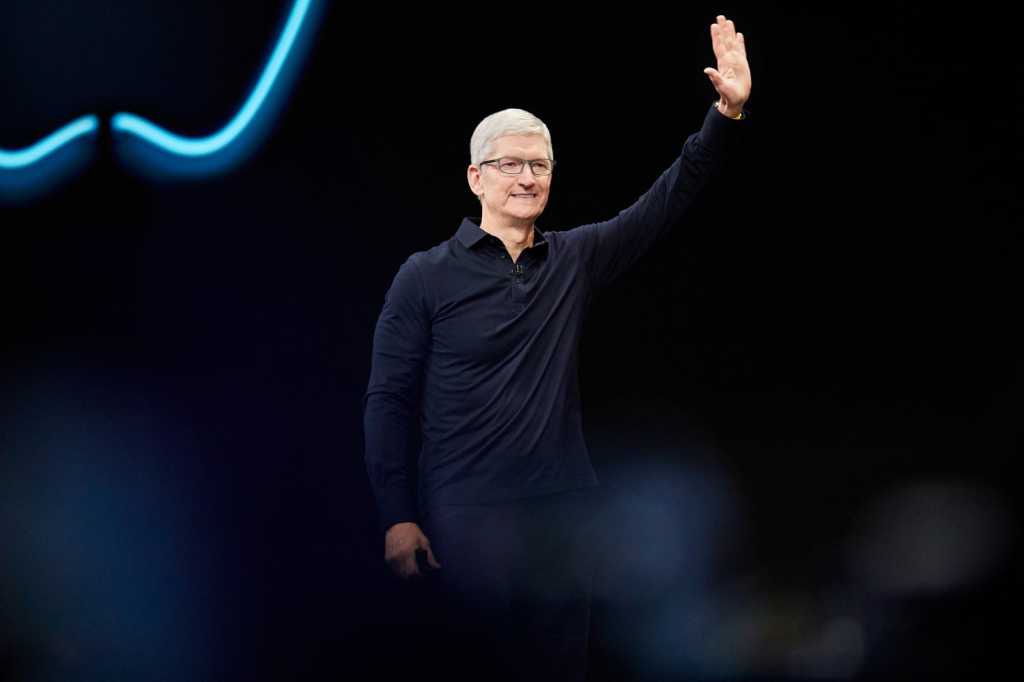 I’ve been covering Apple’s quarterly financial results—including the obligatory conference call between Apple executives and Wall Street analysts—for years now. And yet I never mention Apple’s head of investor relations, Nancy Paxton, who appears on every call to warn of forward-looking statements and introduce the analysts. Paxton is retiring in December and this was her 93rd and final earnings call, and if anything deserves applause, it’s sitting through 93 of these things.

But I keep listening, because amid the scripted declarations about how great Apple’s latest quarter was—this one was Apple’s best fiscal fourth quarter ever—Apple’s executives will give you a few tidbits about how they view their business that’s just not available anywhere else. Here’s what we learned this quarter.

A record for Apple’s fourth fiscal quarter is nice, but let’s be serious: It’s the first quarter, also known as the holiday quarter, that’s the big one. The months of October, November, and December comprise Apple’s largest revenue-generating period of the year. We’re in it now, and with the release of Wednesday’s results comes Apple’s forecast for the ever-important holiday quarter.

It’s… perplexing? Apple is forecasting a range of between $85.5 and $89.5 billion. I’m not going to sniff at eighties of billions of dollars, and what’s four billion between friends? But just to be clear: while the high side of that forecast would be an all-time record quarter for Apple, the $85.5 billion would be only a modest 1.4 percent improvement over last year’s total. And that definitely made some analysts a little bit disappointed, because generally the jump from fourth-quarter revenue to holiday-quarter revenue is larger.

Apple CFO Luca Maestri has a bunch of explanations for it, though. There’s the ongoing problem of the strength of the dollar, meaning that Apple is getting beaten up by exchange rates to the tune of more than a billion dollars next quarter. Also, Maestri would like to remind you that last year, Apple had just released the new iPad Pros and the MacBook Air—remember that late-October event the company held in Brooklyn? “So for the iPad and Mac categories, you need to keep in mind that our launch timing is different on a year over year basis,” Maestri said. It’s what they call a “tough compare” to last year.

In any event, there’s also a chance this will be Apple’s biggest quarter ever. We’ll find out in three months.

The iPad just had a really great year

The iPad spent a few years face down in the gutter, coming off of a huge sales surge with quarter after quarter of sales declines. But things have really turned around. After some sporadic growth here and there over the past couple of years, this fiscal year the iPad averaged double-digit growth over last year. This quarter, iPad sales grew 17 percent. According to Maestri, the iPad is a hit the world over—iPad revenue grew in all five of Apple’s geographic segments, and set a quarterly revenue record in Japan.

Here’s a stat that I simply don’t understand, but Apple says is true, and if they lie in these things they face major government penalties, so I’ve got to accept it: “In total, over half of the customers purchasing iPads during the September quarter were new to iPad,” Maestri said. I don’t know how Apple measured this, but it makes this claim regularly about the Mac. I’m sure it’s made this claim about the iPad before, too, but I don’t remember hearing it. It’s a fantastic statistic, though, and goes hand in hand with Apple’s claim that more iPads are in use now than ever before.

What is clear is, the iPad is on a roll again.

The Mac did OK, and in some places it’s great

Mac revenue was down five percent versus the year-ago quarter, but Tim Cook says it’s not really fair to focus on that. “We had a tough comparison to last year’s fourth quarter when we updated both models of MacBook Pro, but for fiscal 2019 overall, we generated the highest annual revenue ever from our Mac business,” Cook said.

For a 35-year-old product to have its best revenue year ever? That’s pretty good. And Cook is right, last year Apple did roll out new laptops. After a year of solid growth in fiscal 2017, the last two years have shown sporadic growth for the Mac—it’s up one quarter, down the next. And according to Maestri, this quarter was an all-time revenue record for the Mac in the U.S. and a fourth-quarter revenue record in Japan. In some major markets, the Mac is killing it.

Apple’s story of 2019 might be how it’s dug itself out of a big hole in China. After a huge year-over-year fall off during the holiday quarter last year, Apple’s year-over-year revenue decline in Greater China has gotten smaller with every quarter, putting the company on a path to Chinese growth in fiscal 2020. And that, despite some serious currency issues—as Cook pointed out, “if you looked at that constant currency, we actually grew” versus last quarter.

Tim Cook is famously bullish on China and he continues to be. One analyst asked him about Hong Kong, a question he ignored entirely, but he did spend a few minutes talking about how the company has “significantly improved since the beginning of the year” in China, thanks in part to growth of Apple’s trade-in program for iPhones, monthly payments, and pricing adjustments. (Worldwide, according to Maestri, Apple has been more aggressive with pricing, offering lower prices in many countries than would follow from current exchange rates in order for the products to seem more affordable. And of course, in the U.S. the iPhone 11 costs less than the iPhone XR did.) Services grew in the double digits in China, and the fast-growing Wearables category grew even faster in China than it did worldwide.

The other issue hanging over China and Apple, beyond the unanswered question about unrest in Hong Kong, is the effect of tariffs and a trade war between the U.S. and China. On that front, Cook remains relentlessly upbeat: “We’re paying some tariffs today, as you know, some that went into effect pre September and some others that went into effect in September,” he said. “But in general, my view is very positive in terms of how things are going…. The tone, I think, has changed significantly. And I have long thought that it was in both countries’ best interest to get to an agreement that maybe initially doesn’t solve everything, but solves some things that each party may want and get to a better place than where we’re at. And I’m hopeful that that’s where we’re headed.”