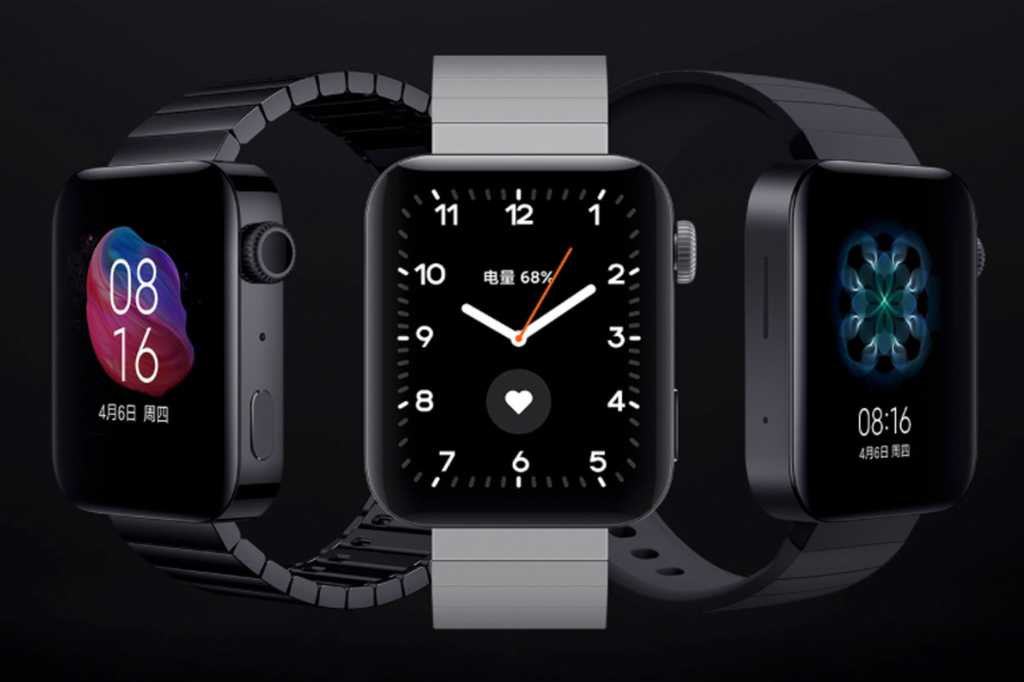 It’s been said that imitation is the highest for of flattery, and something tells me Tim Cook is very humbled by Xiaomi’s new smartwatch. Called the Mi Watch, Xiaomi’s newest wearable has a square face, Digital Crown, dark theme, single button—you see where I’m going with this?

You could say it’s inspired by Apple Watch, but that doesn’t really do it justice. It’s as close to a carbon copy as you’re going to get. With a skinable version of Android Wear, the Mi Watch is only available in China, so Apple’s legal action is likely very limited, but just take a look at how similar these two interfaces and designs are.

You can argue that there aren’t too many ways to design a way to answer calls on a 1.5-inch screen, but even the shades of red and green are the same.

Xiaomi has moved its heart graph to the bottom and there are some slight differences with presentation here, but for the most part, it’s awfully similar to Apple Watch’s heart monitor.

The shade of blue here is a little different, but you can’t tell me that Xiaomi had the same idea to have an abstract blue flower form on its watch face.