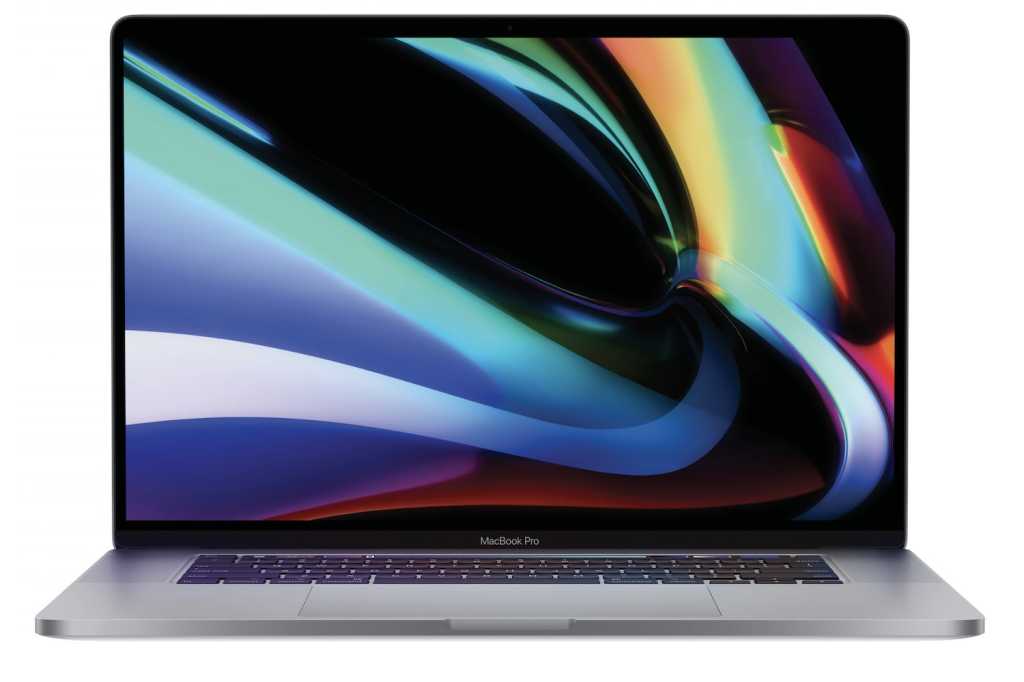 Apple on Wednesday took the wraps off of its latest high-end laptop, the 16-inch MacBook Pro. Targeted for professional use, the new machine features 6- or 8-core processors, a larger display, a new Magic Keyboard, a bigger battery, and a lot more.

The most noticeable feature of the new laptop is its display, which, as the name implies, is bigger than the one on the MacBook it replaces. To provide more usable screen real estate, Apple reduced the bezel around the display. Specifically, Apple says the horizontal and vertical bezels have been reduced 25 and 34 percent respectively, when compared to the 15-inch MacBook Pro. The display also has a native resolution of 3072×1920, boasts 500 nits of brightness, and supports the P3 color gamut.

Right underneath the 16-inch MacBook Pro’s display is a new keyboard, which could be the laptop’s most anticipated feature. Users have been vocal about the old butterfly-mechanism keyboards that have been used in the MacBook Pro since 2016, complaining about its susceptibility to dust and other detritus, and the loud pounding noise it makes while typing.

Apple said that it performed extensive research to determine the “human factors” that make a good keyboard, and the result is what the company calls the Magic Keyboard on the 16-inch MacBook Pro. It’s based on the Magic Keyboard that ships with the iMac and  iMac Pro, and uses a scissor-based mechanism. Apple says that the Magic Keyboard is now more reliable and quieter (you can check out my hands-on for my first impressions).

The mechanism isn’t the only thing that changed with the keyboard. Now there’s also a dedicated Esc key (to the delight of software developers) and a discrete Touch ID key (it’s not part of the Touch Bar anymore). Also, Apple has reverted the arrow keys back to the inverted T layout (with the half-height right and left arrow keys) that was used in older MacBooks.

Surrounding the Magic Keyboard is a speaker setup that dramatically improves the sound output quality of the MacBook Pro. Apple is now using a six speaker array with woofers and the result is a rich listening experience not typically found in a laptop. Apple also includes a three microphone array that the company says produces 40 percent less hiss that the previous microphone.

Apple uses 6- and 8-core ninth-generation Intel processors in the new 16-inch MacBook Pro, and there’s a new thermal design to keep the system cool. Apple says the laptop uses a heat sink that’s 35 percent larger than before, and the design allows for 28 percent more airflow. 16GB of 2666MHz DDR4 RAM comes standard, and users can customize their order to a maximum of 64GB. Apple is also offering an 8TB SSD option for storage.

The standard configuration of the 16-inch MacBook Pro comes with a Radeon Pro 5000M series graphics card that has 4GB of GDDR6 VRAM. An option for 8GB of RAM is available.

The battery in the new laptop also gets a big boost: It’s a 100 watt-hour battery, which hits the limit allowed by the FAA. The battery is 16 watt-hours larger and last an hour longer than the previous battery used for the 15-inch model. Apple includes a 96-watt USB-C power adapter.